The Enlightenment Problem of Steven Pinker

The Enlightenment Problem of Steven Pinker February 26, 2018 Shem the Penman

Someone get this man some Enlightenment, stat!

Steven Pinker and the humanities have a troubled relationship. The cognitive psychologist and pop-science writer took academics in humanities departments to task in a pretty crass rant published in 2013, wherein he suggested they act more like scientists: hit ’em with lots of data and keep it simple. Now he’s decided to put on his historian hat by writing a book on the Enlightenment, and he’s taking his own advice. Does it work?

Not according to Peter Harrison, an Australian Laureate Fellow and Director of the Institute for Advanced Studies in the Humanities, University of Queensland. Harrison writes in an article for the Australian Broadcasting Corporation that Pinker makes a lot of amateur historian mistakes and betrays even the scientific objectivity he supposedly champions.

The Enlightenment and Reason

Pinker doesn’t appear to realize that there’s a wide range of expert opinion on what the Enlightenment even was. He takes at face value the “Age of Reason” rhetoric, regardless of whether historians think that approach has whiskers on it. Like Stephen Greenblatt’s The Swerve, Pinker’s book is a cartoon history of Europe that imposes contemporary norms onto what’s supposed to be an objective study of the past.

Harrison appears amused that Pinker not only thinks his old-fashioned take is something new and exciting, but also believes Enlightenment thinkers had his modern attitude toward reason:

But throughout the book reason is treated as an unproblematic given, as if we all know what it is and are happy to sign up to Pinker’s version of it. Alas, reason is a notoriously slippery notion. Problematizing it and challenging its authority turns out to be one of the signal achievements of the Enlightenment. Pinker seems blissfully unaware of this.

That’s what happens, unfortunately, when you do very little real research into a complex subject. Enlightenment thinkers like Locke and Hume had a much different approach to reason than we do, and Harrison points out that “Reason does figure centrally in discussions of the period, but primarily as an object of critique. Establishing what it was, and its intrinsic limits, was the main game.” Pinker has every opportunity to study the complexity and diversity of Enlightenment thought through not only existing historical analysis, but also through the work of the thinkers themselves. However, Pinker doesn’t seem interested in doing anything except pushing his own agenda about science, reason and progress, regardless of whether the heavy hitters of the Enlightenment would have agreed with him:

If we put into the practice the counting and gathering of data that Pinker so enthusiastically recommends and apply them to his own book, the picture is revealing. Locke receives a meagre two mentions in passing. Voltaire clocks up a modest six references with Spinoza coming in at a dozen. Kant does best of all, with a grand total of twenty-five (including references). Astonishingly, Diderot rates only two mentions (again in passing) and D’Alembert does not trouble the scorers. Most of these mentions occur in long lists. Pinker refers to himself over 180 times.

Looking Down on History

Pinker seems to think there’s nothing difficult in the work of historians, like establishing historical causation. He simply assumes that the ways our civilization represents an improvement over, say, the Middle Ages derive directly from the Enlightenment. According to Harrison:

For the sceptical reader the whole strategy of the book looks like this. Take a highly selective, historically contentious and anachronistic view of the Enlightenment. Don’t be too scrupulous in surveying the range of positions held by Enlightenment thinkers – just attribute your own views to them all. Find a great many things that happened after the Enlightenment that you really like. Illustrate these with graphs. Repeat. Attribute all these good things your version of the Enlightenment. Conclude that we should emulate this Enlightenment if we want the trend lines to keep heading in the right direction.

This is exactly the sort of thinking that historians take great pains to avoid, says Harrison. Pinker deals himself a series of winning hands by defining things like reason and The Enlightenment, the relations between them, and even the subsequent legacy of how they operated in a certain historical context, so tendentiously that his predetermined conclusions naturally result. These are all matters that have been debated in the historical and philosophical communities for centuries. Pinker should know he has to deal with the complexity of the subject, but he handwaves it away and focuses on scientific-looking graphs.

What most annoys historians is Whig History, an approach to historical inquiry in which the past is defined in contemporary terms and history is conceptualized as an inexorable progression toward present day conditions. If Pinker allows himself to define the past in whatever way he finds convenient, he makes the future seem like a lay-up too. His copious graphs strike Harrison as amateur overkill, attempts at scientific precision that creak under the weight of their assumptions:

Pinker seems to operate on the principle, for example, that future catastrophic events are impossible. The ultimate import of his graphs is to demonstrate some kind of inexorable and progressive historical law (although he doesn’t admit as much). In Pinker’s history, it seems as though there are no real contingencies – no prospect that the battle of Britain might had been lost, no prospect that the cold war might have turned into nuclear catastrophe, and for the future, no real sense of a potential calamity produced by climate change or a trigger-happy Kim Jong-Un (or his U.S. counterpart, for that matter). This is an almost providential view of history.

Ironically, this belief in a teleological view of history, one that unfolds in a single direction, is the one instance in which Pinker succeeds in channeling the mindset of the Enlightenment thinkers. But that’s the last thing someone should be proud of, especially someone like Pinker who prides himself on being rational and objective. 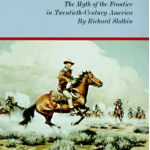 February 20, 2018
Mass Shootings and the Myth of the Frontier
Next Post 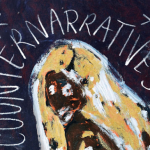 February 28, 2018 Black Books Matter: Counternarratives by John Keene
Recent Comments
7 Comments | Leave a Comment
Browse Our Archives
get the latest from
Nonreligious
Sign up for our newsletter
POPULAR AT PATHEOS Nonreligious
1