Daniel Dennett and Religion as Belief-in-Belief

Daniel Dennett and Religion as Belief-in-Belief April 18, 2018 Shem the Penman

Daniel Dennett’s take on religion is the most nuanced of all the New Atheist critiques.

It may not be as popular on nonbeliever reading lists, or as packed with quotable quips about religion as God Is Not Great or The God Delusion, but Daniel Dennett’s 2006 book Breaking the Spell: Religion as a Natural Phenomenon gives us a scheme for a scientific study of religion: how it developed and what it means to society today. Even on my first reading of it, I recall being impressed with Dennett’s thoroughness and seriousness in his task, which was much more subtle and empathetic than the standard demolition of religion delivered by cheap polemicists like Hitchens, Harris and Dawkins.

Such a study is important, Dennett knows, because religion represents a significant investment by believers in time, effort, and resources. Whether we think religion is a good thing or not, we have to come up with some sort of explanation for its development and survival throughout human history. In Darwinian terms, it has to justify its cost at every step of its evolution.

Religion As a Human Endeavor

Drawing on a variety of anthropological and psychological research into religion, Dennett postulates that folk religion was based on being able to discern agency from randomness. This ability was probably of immense value to our primitive forebears, whose instincts about everything from noises to footprints were crucial to their survival. Their assumption that there was agency behind all phenomena no doubt had selective value for them, but it also reinforced the illusion of agency that gave rise to folk religion and superstition. Furthermore, the accumulated wisdom of the society needed to be heeded without question to ensure the continued existence of its inhabitants. Once better forms of inquiry made this ur-inquiry program obsolete, and hierarchically organized religions replaced folk traditions, the only thing left was the demand for obedience.

Nowadays, the custodians of religion have come up with ways to ensure its survival that represent defense mechanisms for the meme complex. The first is the “spell” Dennett refers to in the title: the admonition against examining religion the same way we’d examine other human phenomena like sexuality or language. But there’s a more significant way that religion perpetuates itself in our era, and that’s through the belief-in-belief. In other words, whether people believe in the deities and tenets of their religion, they profess belief that the belief in them is a good idea. Religion perpetuates itself not by the belief it inspires, but by the behavior it motivates. Professing religious belief, in particular, is a behavior that significantly contributes to the perpetuation of the meme complex of religion.

It has been noted by many commentators that typical, canonical religious beliefs cannot be tested for truth. As I suggested earlier, this is as good as a defining characteristic of religious creeds. They have to be “taken on faith” and are not subject to (scientific, historical) confirmation. But, more than that, for this reason and others, religious-belief expressions cannot really be taken at face value.

It seems to me that this is correct, and it also pulls the plug on the majority of what passes for dialogue between believers an atheists in our day and age. After all, if we can’t take religious claims at face value, then whether they’re literally true or not is totally beside the point. People profess belief in them for completely different reasons than they profess belief that the Sun will rise in the morning, or that chimps and humans share a common ancestor, reasons that make the content of the beliefs themselves irrelevant.

An Anthropologist on Steroids

But wait, you might say, religious people claim their beliefs are true. The problem is that, as Dennett says, the social utility of the act of professing these beliefs far outweighs the truth value of the beliefs.

When it comes to interpreting religious avowals of others, everybody is an outsider. Why? Because religious avowals concern matters that are beyond observation, beyond meaningful test, so the only thing anybody can go on is religious behavior, and, more specifically, the behavior of professing, A child growing up in a culture is like an anthropologist, after all, surrounded by informants whose professings stand in need of interpretation. The fact that your informants are your father and mother, and speak in your mother tongue, does not give you anything more than a slight circumstantial advantage over the adult anthropologist who has to rely on a string of bilingual interpreters to query the informants.

Religion has co-evolved with humanity and survived in secular society for a lot of reasons, but neither the Holy Spirit nor literal truth is among them. Dennett does an admirable job of mapping out a program for understanding the phenomenon.

Doesn’t this imply we’re wasting our time trying to debunk religious claims? If we’re not dealing with the psychological and cultural meaning of religion, aren’t we missing the point? 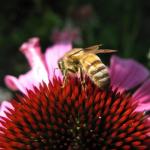 April 11, 2018
So You Think You Understand Evolution?
Next Post 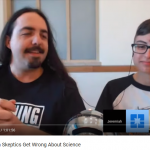 April 20, 2018 Friday Food for Thought: What Skeptics Get Wrong About Science
Recent Comments
76 Comments | Leave a Comment
Browse Our Archives
get the latest from
Nonreligious
Sign up for our newsletter
POPULAR AT PATHEOS Nonreligious
1