RIP Mary Midgley, the British moral philosopher who was Dawkins’s most distinguished foe. 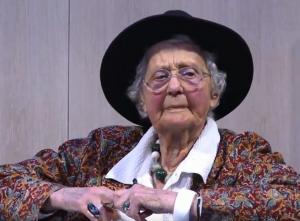 What Is Knowledge For?

Mary Midgley was an author and thinker whose work often dealt with the way we relate to scientific knowledge. Skeptical of dogmas both religious and secular, she celebrated ideas that expanded rather than circumscribed our conception of reality. Her obituary in the New York Times said:

Dr. Midgley unhesitatingly challenged scientists like the entomologist Edward O. Wilson and the biologist, and noted atheist, Richard Dawkins. By her lights they practiced a rigid “academic imperialism” when they tried to extend scientific findings to the social sciences and the humanities. In place of what she saw as their constricted, “reductionistic” worldview, she proposed a holistic approach in which “many maps” — that is, varied ways of looking at life — are used to get to the nub of what is real.

Midgley was well-versed in scientific subjects, and wrote a lot on the subjects of species evolution and Darwin. However, she took issue with the ideological ends which science serves. One of her many lucid, provocative books was called Myths We Live By, and she was adamant that the meaning we ascribe to our knowledge has more to do with narrative than evidence.

Evolution, then, is the creation myth of our age. By telling us our origins it shapes our views of what we are. It influences not just our thought, but our feelings and actions too, in a way which goes far beyond its official function as a biological theory. To call it a myth does not of course mean that it is a false story. It means that it has great symbolic power, which is independent of its truth.

That kind of thinking put her at odds with scientific cheerleaders like Dawkins, whose selfish-gene hypothesis sounded woefully reductionist and inadequate to Midgley. The idea that we can understand humanity solely through understanding biochemistry, or any other scientific system, is something foreign to the holistic way Midgley felt it was necessary to define human nature. In addition, she pointed out that treating creationism as a scientific rather than cultural matter is wrongheaded:

The contrary, literalist campaign within Christianity is actually quite recent. It developed among more or less extreme Protestants after the Reformation – largely indeed in the last century in the US. It was consciously designed as a competitor with science, providing equal certainty by comparable methods. It is thus a political phenomenon, acting in some ways like a cargo cult. It has enabled relatively poor and powerless people to use their Bibles (which the Protestant Reformers had provided) to shape a rival myth of their own. They see this as an alternative to the materialist glorification of science and technology which they have perceived – with some reason – as the oppressive creed of those in power.

Scientism and The Self

Midgley’s last major work was 2014’s Are You An Illusion?, which dealt with the ways science is used to explain away human consciousness, experience and responsibility. The essence of scientism, according to Midgley, is the denial of context; our inability to approach science with any reasonable perspective instead of defining it as the ultimate arbiter of all truth is what leads to the denial of human consciousness and subjectivity. Midgley asserted that calling our consciousness or free will an illusion is the predictable result of exalting empirical inquiry over common sense.

We can’t approach important mind-body topics such as consciousness or the origins of life while we still treat matter in 17th-century style as if it were dead, inert stuff, incapable of producing life. And we certainly can’t go on pretending to believe that our own experience – the source of all our thought – is just an illusion, which it would have to be if that dead, alien stuff were indeed the only reality.

We need a new mind-body paradigm, a map that acknowledges the many kinds of things there are in the world and the continuity of evolution. We must somehow find different, more realistic ways of understanding human beings – and indeed other animals – as the active wholes that they are, rather than pretending to see them as meaningless consignments of chemicals.

Farewell to a genuine humanist and skeptic. 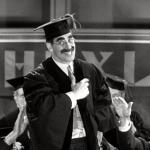 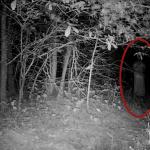 October 23, 2018 Ghost Stories, Spider Man and Debunking
Recent Comments
38 Comments | Leave a Comment
Browse Our Archives
get the latest from
Nonreligious
Sign up for our newsletter
POPULAR AT PATHEOS Nonreligious
1