Science and the Appeal to Celebrity

Science and the Appeal to Celebrity November 28, 2018 Shem the Penman

You’ll believe anything a celebrity tells you. Don’t believe me? Ask George Clooney! 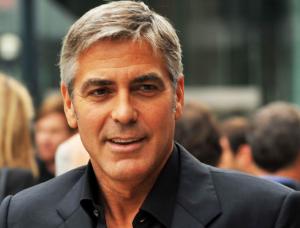 The folks at Science Alert tell us in an article called “George Clooney Can Probably Convince You That Evolution Is True” that celebrity endorsement doesn’t just work for selling sneakers or cars. They cite a published paper describing an experiment performed on Canadian undergraduates in which the students read an article that was either supportive or critical of the theory of evolution, then completed a questionnaire on their opinions concerning evolution. If the article bore the name of some fictional scientist from a prestigious institution in the USA, the students reported no change in their views. However, if the article was presented as a book review by George Clooney, the students appeared more likely to change their attitudes about the scientific validity of evolution.

To my way of thinking, this is a diabolical development. It’s bad enough that a celebrity can make us crave a certain brand of liquor or clothes; it’s worse that someone’s star power can influence what we believe about natural history. It also suggests that pop-science figures like Neil deGrasse Tyson are probably more influential for the amount of times they appear on talk shows than for their expertise.

The article makes it seem like the phenomenon is a positive thing, as long as you have the right celebrity:

So, when it comes to spreading evidence-based knowledge, celebrities could be the tool that scientists have been missing…[I]f you’re going to follow the [research] team’s results and get celebrity endorsements for your science project, finding the right celebrity is a must.

Of course, there’s no guarantee the star supports valid science. The Science Alert article points out a pretty obvious downside to the matter of celebrity influence: when the celebs spout nonsense, like Justin Bieber and his Big Bang skepticism, Jim Carrey’s anti-vaxx hogwash, or Kyrie Irving’s flat-Earth comments, people tend to buy it too.

Though the article handwaves this away by calling the phenomenon of celebrity influence a “double-edged sword,” I think it perfectly describes the reason this issue disturbs me. If we’d consider someone a fool for listening to what Justin Bieber says about cosmology (and we would), then I think we should think the same thing about someone who would support evolution because of George Clooney’s endorsement.

This isn’t how we should approach scientific or historical matters. College students in particular should understand the basis of our knowledge about things like evolution, astronomy, and vaccination, and not just respond to the celebrity who’s making noise about them. The study itself warns that “a celebrity publicly voicing an opinion about evolution that contains misconceptions might not only negatively influence individuals’ acceptance of evolution, but the misconceptions about evolution that are endorsed by the celebrity may be difficult to correct.” This may very well be true, but it misses the point entirely. If our society teaches people that the same thought processes they use in choosing a beer or a watch are the ones appropriate to affirming the validity of scientific claims, then we’re in trouble.

Can I Have Your Monograph?

Whether the endorsement comes from a celebrity or a supposedly reputable scientist, that’s still an appeal to authority. Anti-vaxxers make a lot of hay pointing to Doctor Whomever or Area Scientist and using his or her anti-vaxx opinions to legitimize their conspiracism.

This is why I keep saying that we need to have a more comprehensive understanding of the history and methodology of science rather than treating it like a factoid war. People need to acknowledge the complexity of empirical inquiry, the way theories develop and compete, and the hard work involved in constructing consensus.

What do you think? And could George Clooney change your mind? 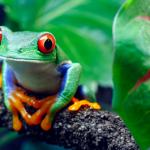 November 20, 2018
The Frogs Are Never Wrong: The Scientific Importance of Queerness
Next Post 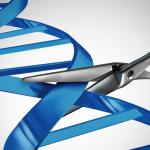 December 6, 2018 CRISPR Babies: A Disaster For Scientific Ethics
Recent Comments
23 Comments | Leave a Comment
Browse Our Archives
get the latest from
Driven to Abstraction
Sign up for our newsletter
POPULAR AT PATHEOS Nonreligious
1

John Ortberg: The Scandal That Just...
Roll to Disbelieve
Related posts from Driven to Abstraction