The CRISPR babies scandal should deeply disturb anyone who cares about science and ethical research. 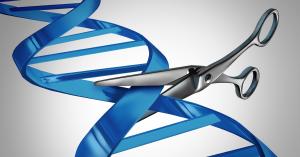 At the Second International Summit on Human Genome Editing in Hong Kong in November, researcher He Jiankui announced that he had supervised the creation of two twin girls with gene-editing technology. CRISPR babies are now a reality. The MIT Technology Review article that originally leaked the news reports the optimism that He shared in anticipation of this momentous innovation:

“In this ever more competitive global pursuit of applications for gene editing, we hope to be a stand-out,” He and his team wrote in an ethics statement they submitted last year. They predicted their innovation “will surpass” the invention of in vitro fertilization, whose developer was awarded a Nobel Prize in 2010.

An article in The Atlantic, however, describes the scientific community as appalled rather than impressed:

The crispr pioneer Jennifer Doudna says she was “horrified,” NIH Director Francis Collins said the experiment was “profoundly disturbing,” and even Julian Savulescu, an ethicist who has described gene-editing research as “a moral necessity,” described He’s work as “monstrous.”

First and foremost, He appeared to have ignored the consensus among biologists and ethicists that great care must be taken before undertaking research into gene editing. According to the article in The Atlantic, He initially acknowledged these reservations. In a speech he delivered at a conference in Cold Spring Harbor in 2017, He recommended caution before editing the genomes of human embryos. He also interviewed bioethicists William Hurlbut and his son Benjamin, both of whom were unaware of He’s plans and advised against the genetic modification of human embryos. Despite their advice, He went ahead with his research as if merely consulting them constituted a commitment to ethical principles.

The idea of informed consent was also one that He treated in a distressingly cavalier fashion. Though he claimed that the subjects are educated people who understand the nature and risks of gene editing technology, it turns out that at least one of He’s participants had no idea what gene editing was until he read about the scandal itself. The consent forms apparently are no more informative than corporate terms and conditions waivers. Even He’s own institution wasn’t aware of his research; the Southern University of Science and Technology has characterized his experiments as a “serious violation of academic ethics and standards” and is launching an investigation into the incident.

You Accomplished What, Exactly?

Experts are at a loss to explain what He even achieved with his research. Obviously the experiment was meant to test HIV immunity by mimicking an existing mutation in CCR5, a gene the retrovirus uses to hijack the human cellular apparatus. But the way He proceeded in his research makes no sense if the objective is to test immunity to HIV:

He’s team deactivated a perfectly normal gene in an attempt to reduce the risk of a disease that neither child had—and one that can be controlled through safe-sex education or antiviral drugs. Even if you wanted to block CCR5 specifically, there are drugs out there that could do the job, many of which have been repeatedly tested in clinical trials. The rationale for using a method as extreme and untested as gene editing doesn’t hold up.

Since the mutation He created in the affected twin’s genome is unlike the naturally-occurring delta 32 mutation, no one knows what the mutation will do. Considering the complexity of genomic interaction, it will be nearly impossible to say how He’s work has influenced the HIV immunity of the variable twin.

There appear to be few ethical principles He neglected to violate in his hasty, incompetent, and irresponsible approach to this complex and serious scientific matter.

The Silence is Deafening

I’m disappointed that no other blog on Patheos Nonreligious saw fit to mention this controversy. If parents or priests act irresponsibly toward children, there’s no shortage of outrage from the skeptic scribes; so why do scientists get a free pass? Two blogs on the Catholic channel were concerned enough about the fetal-rights aspect to mention the scandal, but raised no broader objections to CRISPR technology.

CRISPR promises very plausible solutions to diseases like Zika and dengue fever, and could conceivably lead to breakthroughs in everything from the treatment of  cancer to the decrease in the prevalence of autism. However, I’ve always said there are very reasonable problems humanists should acknowledge in this kind of research, and we shouldn’t characterize skepticism about gene editing as science denial.

People are willing to admit that there are uncertainties about the outcomes of this type of research. But they don’t acknowledge the scope of the cultural change that gene editing represents. We’re redefining things like disease and deviance not as social problems, but rather as matters of responsibility for the consumer alone. A columnist at Bloomberg was shockingly forthright about the market impact of this new technology:

There’s another reason for the U.S. not to get left behind in genetic engineering — it has the potential to be a huge consumer market. Besides curing diseases and improving mental health and productivity, genetic engineering probably will be used for cosmetic purposes. Some fraction of people around the world will want to give their kids a couple extra inches of height, a bit of extra strength or a different hair color to gain an edge in the job market, the dating market or just for pure aesthetics.

Whichever companies end up providing these services to people who want them — as well as ancillary services such as consulting, screening and monitoring — will make huge amounts of money. The patents on various cutting-edge techniques will be worth many billions of dollars. If the U.S. shies away from developing genetic-engineering technology, these riches will flow to China, or to whatever other countries seize the technological edge.

Throwing ethics to the wind because of the prospect of a financial bonanza is the exact opposite of what we should be doing here. This goes to the heart of how we define progress and responsibility.

Aren’t people concerned about scientific ethics? Is there no option except to either suppress this technology or just go full speed ahead with it? How best can we explore the potential of gene editing while acknowledging its risks? 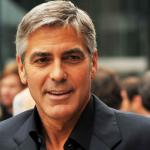 November 28, 2018
Science and the Appeal to Celebrity
Next Post 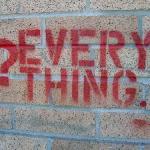 December 18, 2018 The Enemies of Freethought
Recent Comments
23 Comments | Leave a Comment
Browse Our Archives
get the latest from
Driven to Abstraction
Sign up for our newsletter
POPULAR AT PATHEOS Nonreligious
1