Trump and the Gullibility of Free Speech Absolutists

Now can we admit that free speech has become camouflage for the right-wing agenda? 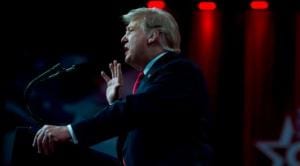 President Trump delivered a rambling, two-hour speech at the Conservative Political Action Conference this past weekend. In between engaging in his usual scaremongering about Mexicans and the Green New Deal, he threatened to sign an executive order that will ensure free speech on college campuses. According to the New York Times,

President Trump said on Saturday that he planned to issue an executive order that would help guarantee free speech at colleges and universities by putting their federal aid at risk if they do not protect the viewpoints of students of all political stripes.

This is a hot-button issue these days because of an an incident last month where a conservative activist was attacked while he was recruiting at UC Berkeley. The university spent millions last year on security for events featuring conservative speakers, and the alleged assailant wasn’t even a student or employee of the institution. Nevertheless, conservative crybabies are exploiting the incident as a sure sign that freedom is under attack at liberal universities like Berkeley.

I’ve said before that the free speech issue has been hijacked by the right wing. This is different from marginalized communities mobilizing to get their voices included in our society’s discourse. What “free speech” does in 2018 is consolidate the privilege and power of the white, straight male majority by allowing bigots to demand that universities and media outlets provide them a platform for hatemongering and intimidation.

And free speech absolutists, who consider their commitment to free speech noble and principled, are playing right into the hands of Trump and his bigoted sponsors.

I look at this in the same way as second-amendment absolutism. I can’t imagine anyone having a problem with private gun ownership in the USA if there were no gun violence or mass shootings. However, considering the vast social cost of unrestricted gun availability, we as a society have the right to balance individual rights against the safety of the community; “shall not be infringed” isn’t the be-all and end-all of the matter.

Similarly, just shouting “First Amendment!” doesn’t address the social cost of unrestricted hate speech. Speech isn’t just blah blah blah, after all; hate crimes increase when there’s an atmosphere of contempt and mistrust concerning minorities, thanks to a complete lack of restrictions on speech. Turning our society’s discourse into a cesspool of hate speech has consequences.

If you can’t see Constitutional rights in the context of power dynamics and socioeconomic privilege, but just treat them like something you’re entitled to, end of story, then maybe you need to think a little more critically about the matter.

I’ve said many times that academia has long been a thorn in the side of the right wing. With the waning of the unions, the university represents the last bastion of professional radicalism in the USA. This is exactly why the media blows every campus brouhaha up into an existential threat to freedom and democracy. This is why right wing demagogues submit hoax papers to gender studies journals and write magazine articles about how oversensitive college students are these days. Trump’s right wing backers would like nothing better than to control academia through being able to withhold funding from institutions that have qualms about allowing racist provocateurs to address their students.

This is a vendetta, plain and simple, and free speech absolutists are complicit. 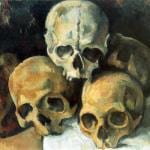 February 28, 2019
Genes, Bones, and Politicizing the Past
Next Post 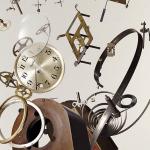