Pro-Life Is About Oppressing Women. That’s All.

Forget the fetus fetishism. Pro-life is a hate group. 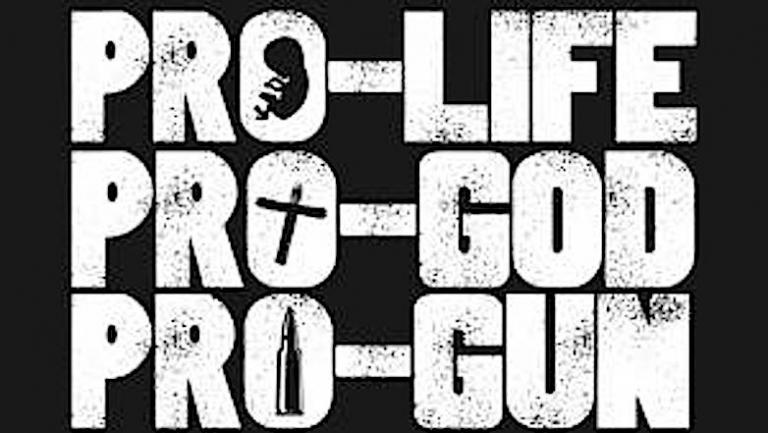 [This post from May 2018 seemed relevant in the light of certain recent events in the USA.]

For all their talk about when life begins or the humanity of the fetus, pro-life activists aren’t motivated by compassion or love. They’re motivated by misogyny and cynicism. They’ve just been able to focus their rhetoric on the fetus so their contempt for sexually active women isn’t immediately apparent. We need to change that.

The Backlash Against Feminism

Nationwide anti-abortion organization in the USA and Australia formed in the 60s, when feminism and the contraceptive pill were giving women things they had never had before: the promise of autonomy from male dominance and the final say in procreation. The shock waves from this revolution are still echoing in conservative communities, whose adaptation to modernity has always been tentative at best.

Modern technology, however, gave pro-lifers a gift at the same time: intrauterine photography and ultrasound techniques produced images of fetuses that seemed to float in space. These images have become crucial for proponents of the pro-life movement because it allows them to remove the mother from the way we conceptualize the process of pregnancy and childbirth. (Lennart Nilsson’s photographs of fetuses for Time magazine in 1965 were the result of literally removing the woman from the phenomenon of pregnancy; they were faked with discarded fetuses and made to look like viable fetuses in utero.)

As reprehensible as the constant accusations of “baby-killing” are, the erasure of the female is the most sinister aspect of pro-life propaganda. By focusing on details like the fetus’s brainwave activity and chromosome count, articles and debates deliberately de-emphasize the moral agency and bodily autonomy of the woman.  This article about abortion at Catholic Working Mother doesn’t mention the word woman, women, or even mother once.

In the beginning of the pro-life movement, it was common to hear opponents of reproductive rights claim that abortion must be made illegal “except in cases of rape or incest.” This concession was problematic, but it at least made it seem as if pro-lifers had an inkling of compassion for women whose pregnancies had resulted from assaults. What the concession revealed about pro-life was that it wasn’t about when life begins at all, because the circumstances of conception are irrelevant to the production of a zygote; it’s about punishing sexually active women.

However, these days even that much compassion for women is impossible to find. Articles from pro-lifers regularly recommend that a rape victim be forced to undergo pregnancy and childbirth just to satisfy their piety. A rape victim deserves, by pro-life logic, to be reminded every day of a humiliating and traumatizing assault simply because pro-lifers see a woman as an incidental participant in the process of gestation, invisible next to the all-important fetus.

The most insidious thing about the pro-lifer’s crusade to force women to undergo pregnancy and childbirth against their will is that for an alarmingly high number of American women, pregnancy is a death sentence. The USA has the highest maternal mortality rate in the developed world, and each year several hundred women die in childbirth. If a woman is ready and willing to take that risk, fine. But the pro-lifer’s assertion that childbirth is some sort of walk in the park is just more evidence of how callous and misogynistic the movement is.

It Ain’t About Religion

One last important thing. The way we frame this matter in the secular blogosphere can make it seem like we object to the pro-life position because of its religious rhetoric and not its misogyny. Using terms like “Christian patriarchy” is admitting that you only object to the oppression of women when religious fundies are responsible for it. Please, atheist bros, you should have qualms about using women’s bodies as territory for your online slapfights. Patriarchy is your responsibility as well as mine. The problem isn’t that we need rational, evidence-based reasons to marginalize women, it’s that our society’s institutions are engineered to disadvantage and oppress women. Secular patriarchy is no improvement over Christian patriarchy.

It’s time we stopped playing the pro-lifers’ games, and allowing them to hide behind phony rhetoric and scientific-sounding arguments. Enough with pictures of glowing fetuses, and debates about fetal brainwave activity and chromosome count. We pro-choicers have to stop writing articles about abortion that only mention the woman in passing, and falling into the trap of erasing women’s rights from the issue. We need to put the woman back into this equation, and advocate for her civil rights. 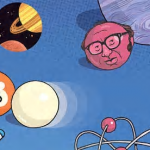 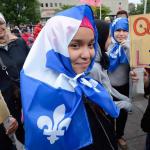 June 11, 2019 Secularism and Islamophobia in Quebec
Recent Comments
36 Comments | Leave a Comment
Browse Our Archives
get the latest from
Nonreligious
Sign up for our newsletter
POPULAR AT PATHEOS Nonreligious
1