Religion isn’t the only poison in the world. There’s also historical ignorance and bad faith. 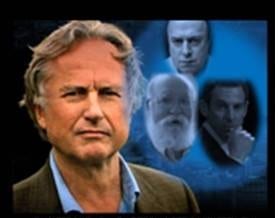 Since Christopher Hitchens published his anti-religion screed God Is Not Great: How Religion Poisons Everything, we’ve become very accustomed to seeing anti-religion rhetoric posing as objective historical scholarship. Legitimate historians didn’t give Hitchens the time of day, because they realized his screed was just a self-serving slew of factoids that ignored every guideline by which historians abide in their work: objectivity,  acknowledgement of context, and a broad understanding of the complex causes of cultural phenomena. However, Hitch was writing not for historians or scholars but for an amateur audience that can only approach complex subjects as collections of factoids, so his schoolboy polemic became wildly popular among atheists who were neither equipped nor inclined to look at it critically. Since then, there seems to be no distortion of history too grotesque for us to swallow whole, merely because it panders to our biases and our need to externalize blame for all the problems of the world.

Recently one of our own Patheos Nonreligious bloggers decided to pen an article called As U.S. convulses, don’t forget Bible’s role in George Floyd’s death. In it, the author draws a cartoon of US history in which certain Bible verses had the magic power to create slavery, and then slavery became segregation, and then a police officer murdered George Floyd so the Bible is the culprit.

It’s one thing for us to make fun of the religious with snarky memes and callow insults. It’s quite another to completely rewrite US history, to steamroll over the complexities of a vast process of slavery and oppression simply in order to blame religious people for all the racial problems in the USA. It’s beyond tasteless, it’s truly despicable.

Since people with African ethnicity were first forcibly brought to these shores as slaves in 1619 for white, Christian planters, predominantly in the South, their American overlords justified the brutal and appalling subjugation of slaves with the Bible.

Everyone above the age of twelve understands that the institution of slavery in the USA was justified by the Bible. However, does the author want us to think that there were no economic or political aspects to the development of a vast force of unpaid labor in the colonies? It seems that he objects more strongly to the Biblical justification of the practice of slavery than to the practice of slavery itself.

This author penned a couple of articles in June of last year that demonstrated his abysmal grasp of history and common decency by praising Thomas Jefferson as a brilliant man of secular morality and reason, and yet never once making note of the fact that Jefferson was a lifelong slaveowner. This inconvenient fact calls into question the entire thesis of his current screed: are we supposed to think that our hero of reason Jefferson was somehow in thrall to the Bible verses that caused slavery in the USA? And since many of the most vociferous abolitionists were Bible-toting hicks like Quakers, does the author’s thesis explain how these religious folks were somehow unaffected by the Scripture that caused slavery and racism?

No, obviously it doesn’t. It’s the kind of childish, simplistic, self-serving view of history that mangles the facts and makes them fit a predetermined agenda. It’s nothing more than an attempt to evade responsibility for the grave injustices that are a systemic feature of our society, an immature refusal to deal with the problematic moral context of historical facts and an irresponsible pandering to the ignorance and cowardice of an audience that would rather not confront the realities of a historical process that privileges them over nonwhites.

But, still, the slander that blacks are inferior remains in fashion among many in the American Christian Right and fundamentalist evangelical communities.

Nowhere in this shallow excuse for historical and cultural analysis is it ever admitted that racism involves systemic and institutional factors. The author has a vested interest in making it seem like the oppression that African-Americans have suffered for centuries is due to people’s personal animus, derived (of course) from Bible verses.

Make no mistake, this isn’t just an error of judgment on the author’s part. He simply realizes how little critical scrutiny people will subject his rantings to, and he’d rather bask in the approbation of agenda-driven nitwits than challenge them to think harder about complex historical developments. It’s readers like you and me who deserve blame here, because it’s our refusal to hold atheist scribes to any standard of objectivity or common decency that fuels screeds like Rick’s. All of the readers who commented on his post gave him props for his bravery and insight. He has an audience who doesn’t want to be told that history is a complicated affair, but who would rather characterize all social problems as the sole responsibility of the religious people they despise. Literally no one else has gone on record saying that it was a bad idea for Rick to exploit George Floyd’s murder for anti-religion yuks.

In short, Rick isn’t writing for freethinkers or skeptics, he’s lying to people who demand to be lied to. And you deserve him. 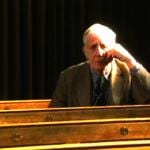 December 10, 2019
A Rough History of Disbelief Revisited
Next Post

June 15, 2020
Recent Comments
0 | Leave a Comment
Browse Our Archives
get the latest from
Nonreligious
Sign up for our newsletter
POPULAR AT PATHEOS Nonreligious
1