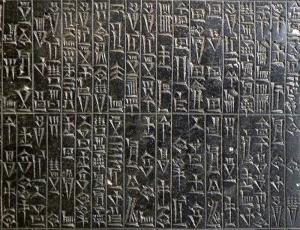 I want to encourage healthy adult discussion about the issues of science, culture, and knowledge, and I don’t want to have the kind of blog that bans people willy-nilly. But I also don’t want the comments section to become a cesspool of cheap debatery. So here are the rules everyone should follow:

1. Discuss, don’t debate. This isn’t the Argument Clinic. There are plenty of places online where you can play Junior Debate Club and shout out the names of logical fallacies. Here I encourage mutual understanding.

2. No cyber-bullying or insulting. A little playful banter is fun, but abuse won’t be tolerated.

4. No tone trolling. Don’t think it’s nice to refer to people as “science thumpers”? Too bad. I don’t need anyone else’s input on these matters.

5. No memes. I think memes are the first, middle, and last resort of the unimaginative. Use them extremely sparingly and we’ll be just fine.

6. No right-wing numbnuttery. This blog is heavy on feminist and leftist critiques of science and culture, so be warned. If you start throwing around terms like feminazi and SJW, your posts will go the way of the passenger pigeon.

7. No flooding the channel with posts. Patheos doesn’t automatically close discussions, and I’ll keep them open for latecomers. Take your time and don’t be a pest.

8. Discuss the topic. Since these subjects are pretty broad, off-topic comments are inevitable. But your first comment should at least have something to do with the topic of the post. Moreover, I decide when things are wandering too far. Anyone is welcome to start a discussion, so if you’re interested in something that hasn’t been covered, feel free to post something that focuses on that.

9. Don’t mess with Shem. I’m a swell guy, and I like discussing interesting subjects with grown-ups. Even if I disagree with you, I’ll give you credit if you’re making an attempt to engage with my points here. Nothing annoys me more than being told I don’t understand science, or being called a science denier, so you’ve been warned. If I’ve addressed your issue, there’s no reason to keep pushing it. If you’re being a nuisance even after a warning to dial it back, I’m going to assume you’re not as interested in the subject matter as you should be. This isn’t your blog.