On Backpage, Paige Patterson, and the Problem Christian Men Must Stop Ignoring

On Backpage, Paige Patterson, and the Problem Christian Men Must Stop Ignoring May 1, 2018 Dr. Laurel Shaler

Last month, Backpage was shut down. Similar to Craig’s List, the classifieds website was accused of allowing posts related to prostitution and sex trafficking. Believe it not, some people are complaining about the FBI seizure of this website.  This is despite the numerous cases of women being seriously injured or murdered after connecting with someone through Backpage. And then there’s the whole issue of sex trafficking.

Sex trafficking, along with other forms of human trafficking, make up the third largest criminal activity in the world. It generates more than 150 BILLION dollars a year. And it exists because there are people  -mostly men – wanting and willing to buy. Women and girls are far more likely to be victims of sex trafficking than males.

In what seems to be unrelated news, there has been controversy in the Southern Baptist Convention (and beyond) related to a 2000 interview of Paige Patterson, the president of the Southwestern Theological Baptist Seminary. In this brief recording, you can hear Dr. Patterson speak to his beliefs on domestic violence. In doing so, he recounts the story of a woman he once counseled to pray for her husband who did not attend church and wanted her to stop attending. In the recording, Dr. Patterson states he warned the woman that her husband might become “a little more violent” in response to her prayers. Soon after, she came to church with two black eyes, and walked up to him to facetiously ask if he was happy. Seeing her husband in the back of the church, he said he was happy. At the conclusion of the service, the husband came forward, repented, and made a public profession of faith. Dr. Patterson concluded the story by saying that the man “is a great husband today.”  He also said that wives “should be submissive in every way that you can.” He believed the wife’s prayers got her husband to church. Of course, that was only after she got beaten up.

I don’t know how this recording resurfaced, but these things always find a way. As a result, Dr. Patterson has rightfully received some heat. Since then, he has released a statement clarifying his position on this situation and domestic violence in general. He stated, in part, that while he would never council someone to seek a divorce, he has helped women get to safety and would never suggest a woman “stay and pray” rather than get away from the abuse. Unfortunately, his words from 18 years ago sure sound like he is suggesting that…except “in the most serious of cases,” as he states in the recording.

There is much I have respected about Dr. Patterson, and his current statement soundly rejecting all forms of domestic violence may be sincere. I certainly hope so. Yet, I fear it is too little too late. Words matter, and the words he spoke in that interview may have had serious consequences for women questioning whether or not to seek safety or stay in abusive situations. Women in domestic violence situations need assistance and support, not shallow and dangerous advice.

There is a tough-to-swallow but undeniable truth that connects domestic violence and sex trafficking: the devaluation and disrespect of women.

While men are also abused by women, it’s more common for women to be severely abused. Sadly, 1 in 4 women experience this at some point in their life. For far too long, women have been subjugated to a lower rung on the societal ladder than men. Sometimes they don’t make the ladder at all. The men have the power, and they use it. To buy women. To sell women. To abuse women. To assault women. To kill women.

Whether stranger, neighbor, wife or daughter, women are being used as if they are worthless property and thrown away like trash. How can we tolerate this?

You might think that you  are not a part of the problem, and would never engage in domestic violence or sex trafficking. But what about the alarming rate of pornography addiction among Christians? It’s all related, folks. And you may unknowingly be a part of the problem. Or maybe you know it all too well. After all, like pornography use, Christians also make up some of the Johns paying for sex and some of the husbands abusing their wives.

The issue isn’t just about whether you are personally engaged in pornography, sex trafficking, or domestic violence, but also what you are doing to stop it. What you are doing to prevent it from happening to begin with. What communication and meta communication you are sending about the worth of women. Whether you are willing to confront the status quo and get into what used to be considered “private family matters” in an effort to protect women. And whether you’re willing to stand up to other powerful men in order to do so.

This isn’t the first time I’ve written on the mistreatment of women and it won’t be the last. I am going to continue stand up for women as I strive to follow in the footsteps of my Lord and Savior, Jesus Christ. Make no mistake, He most certainly stood up for women. I pray you’ll stand up for women too. 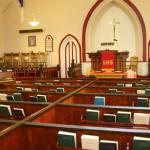 April 23, 2018
Why I Felt Guilty While Giving a Thirsty Man Water
Next Post 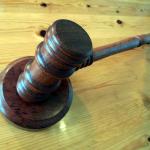 May 7, 2018 Is There Ever a Time to Recommend Divorce?
Recent Comments
9 Comments | Leave a Comment
Browse Our Archives
get the latest from
Evangelical
Sign up for our newsletter
POPULAR AT PATHEOS Evangelical
1 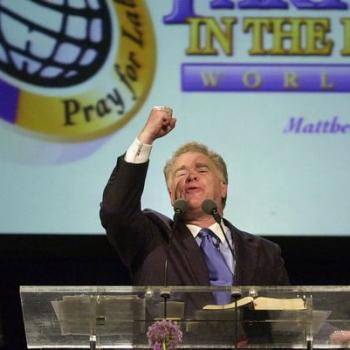 Evangelical
Where Does the SBC Go From Here?
Dr. Laurel Shaler 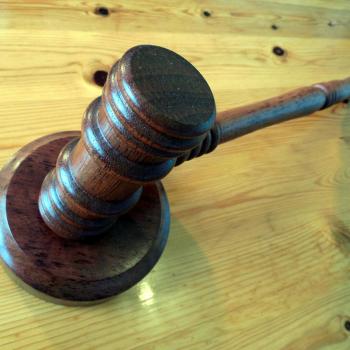 Evangelical
Is There Ever a Time to Recommend Divorce?
Dr. Laurel Shaler 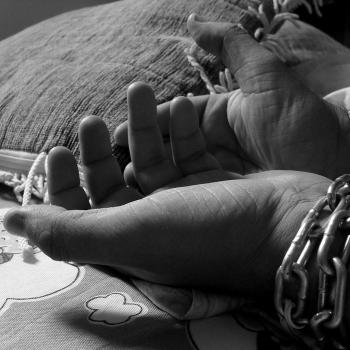 Evangelical
Jesus Really is the Reason for the Season,...
Dr. Laurel Shaler
TRENDING AT PATHEOS Evangelical