The Media Loves Stirring Up Controversy for Chick-Fil-A. Don’t Buy Into This One.

The Media Loves Stirring Up Controversy for Chick-Fil-A. Don’t Buy Into This One. November 18, 2019 Dr. Laurel Shaler

Christians have always loved their chicken, and they have showed up in force for Chick Fil A (CFA). This was never more clear than on one day in 2012 when a national support day for the chicken chain left people driving long distances and waiting in linger lines to eat what many (jokingly?) call manna from Heaven. This took place after the media blew up a comment made by the CEO about his biblical views on marriage (which he later regretted sharing, sadly). Activists and their ilk have had a field day over CFA donating funds to organizations that believe marriage is between one man and one woman, and practically beat them down until they stopped donating to many of them. Yet, since 2017, they have continued to give to The Salvation Army and The Fellowship of Christian Athletes (FCA). Now that these are being cut off, the media is loving it with headlines like:

“Chick-fil-a will no longer donate to anti-LGBT organizations”

The antagonists hated seeing the support for CFA, and long for division among Christians. They either want CFA to completely cave to LGBT demands or fail as a company. Here’s the thing: there is no evidence that CFA’s decision had anything to do with gay rights. The media headlines make it appear that way, but I have yet to find a single quote from a CFA source indicating that this is the reality of the situation. On the contrary, they state the reason is that they are moving to a focus on education, homelessness, and hunger – and organizatins that support these efforts (even faith based organizations) will receive donations from the company. Well, good for them. Those three are critically important needs and they have the resources to make a difference. 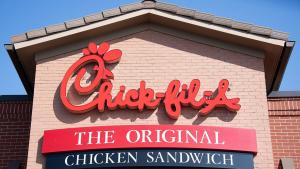 But don’t just take the official statement from CFA – take a look at The Salvation Army website. This does not look like an organization that is against the LGBT community. No one can argue with their desire to help all people in need, and they may not have yet publicly supported gay marriage, but the hiring practices are very specifically “non-discriminatory.” On the other hand, the FCA maintains an orthodox view on gender and sexuality. Ultimately, there is no evidence at this point that CFA discontinuing funds to these organizations because they are anti-LGBT. And for the one (almost) delusional person who said that CFA stopped donating because the organizations are pro-LGBT and CFA is taking a stance against that, that is certainly not the case either.

How about, for now, we give the seller of the original chicken sandwich (and the best waffle fries around) the benefit of the doubt? We all need to eat. Their food is great. They customer service is second to none. They do a lot of good for the community. As long as they don’t engage in immoral or illegal practices, why not eat there when you have a hankering for some southern comfort food? I am not one to shy away from saying that Christians and Christian organizations should not cave to societal demands. Certainly that has not gotten us anywhere we want to be. Yet, it is not the end of the world for CFA to make some changes in their giving practices after donating, for example, over a million dollars to FCA. They have received their share of funding – now it’s time for someone else. And maybe – just maybe – we’ll discover that other evangelical Christian organizations will be on the next giving list. 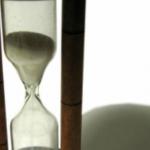 November 1, 2019
Life After Loss: “One Day At A Time” Is So Important at the Holidays
Next Post 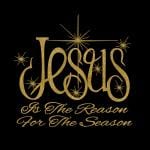 December 15, 2019 Jesus Really is the Reason for the Season, but Don't Take My T-Shirt's Word for It
Recent Comments
11 Comments | Leave a Comment
"Thank you for this. My mother passed away last fall, and this is my first ..."
Debi Edmund Mother’s Day is Hard When You ..."
"Thank you, Dennis. I am a single (divorced) 60 year-old childless Christian woman. Mother's Day ..."
Eileen Mother’s Day is Hard When You ..."
"I always say as I stated one Sunday on Father's day....you don't have to be ..."
Paulette Baker Mother’s Day is Hard When You ..."
"Billy Graham hated socialism and considered it Satanic. But Christianity Today, the magazine he founded, ..."
Roger McKinney Billy Graham was a World Changer. ..."
Browse Our Archives
get the latest from
Evangelical
Sign up for our newsletter
POPULAR AT PATHEOS Evangelical
1

What If Science Caused the Pandemic?,...
Cranach
Related posts from Dr. Laurel Shaler

Evangelical
Helping Others (and Ourselves) Mourn Well
Dr. Laurel Shaler 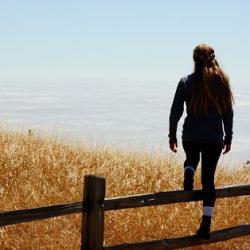 Evangelical
Mother's Day is Hard When You Don't Have...
Dr. Laurel Shaler
TRENDING AT PATHEOS Evangelical