In the church of my upbringing, it was commonly understood that if we prayed for something, the outcome would be God’s will, whether the specific request is answered or not. In particular, this was the approach when praying for the sick. James 5:14-15,

‘Is anyone among you sick? Let him call for the elders of the church, and let them pray over him, anointing him with oil in the name of the Lord. And the prayer of faith will save the sick, and the Lord will raise him up.’

The elders of my church attempted to follow this to the letter, but somehow missed seeing the clearly expected outcome – ’the prayer of faith will save the sick, and the Lord will raise him up.’ In verses 17-18, James continues to assert the miraculous power of prayers, offered in faith:

‘Elijah was a man with a nature like ours, and he prayed earnestly that it would not rain; and it did not rain on the land for three years and six months. And he prayed again, and the heaven gave rain, and the earth produced its fruit.’

Clearly, James believed that prayers offered in faith would result in the physical, miraculous intervention of God. When we look at the life of Jesus, and the amount of time and energy he devoted to healing the sick, which was an expression of his deep compassion for the suffering, it is easy to see that James was closer to the truth than we are today.

The prevalent belief taught in my church, however, was that once prayer had been offered, the outcome must necessarily be God’s will, whether the person was healed or not. There is an unfortunate tendency in Evangelicalism to show disinterest in what the Bible actually says, and even actively campaign against it with disempowering traditions. For anyone who has associations with the Evangelical movement, this is a considerable irony.

It’s important for me to be clear that none of the above is intended to criticise. We can only do the best with what we know, and I can recall the sincerity and care of those who influenced my faith, in the early part of my life. I received much that was good from them, and have no desire to dishonour, but for the purposes of clarity I can’t avoid the observation.

For me, the conclusion is obvious – in the early church, the lived experience of the Christian faith was far greater than it is today. There is much we have lost, and must seek to restore. It is inconceivable that the church I grew up in, where spiritual gifts were not practiced or encouraged, would suddenly find themselves in the flow of the miraculous.

On the very odd occasion, some kind of healing might have occurred, but it was far from the norm. Rather than reconcile themselves to scripture, the people of my church departed from it, finding ways to justify the gap between what the Bible states and their own experience. The Kingdom of God has never been advanced this way.

For me, churches that lack experience of the miraculous are missing out on the compassionate intervention of God, and the express will of God in scripture. Rather than justify our lack, we ought to get on our knees and seek breakthrough. Jesus relied on miracles to confirm his words, and we are not higher than he.

In my opinion, powerless prayers have been rendered as such by the long, slow erosion of faith among God’s people, and that erosion has been made possible by the embracing of false traditions. For example, the kind of prayers I heard in my youth tended to close with ‘not my will but yours, be done’. This was not stated in faith, in expectation of an outcome, but more as a catch-all – ‘please ignore everything I just asked for, if it doesn’t suit you.’

Some would argue this is basic humility, acknowledging that God knows better than we do, but I disagree. First of all, that has nothing to do with humility, as covered in a previous post. Secondly, this is not the model of discipleship we are to follow, where we are completely unaware of the will of God, and our prayers are at best, guesswork. We are called to walk ever more closely with God, and increasingly understand his will. Romans 12:1-2,

‘Therefore, I urge you, brothers and sisters, in view of God’s mercy, to offer your bodies as a living sacrifice, holy and pleasing to God – this is your true and proper worship. Do not conform to the pattern of this world, but be transformed by the renewing of your mind. Then you will be able to test and approve what God’s will is – his good, pleasing and perfect will.’

As we yield to God’s mercy, and walk closely with him, our ideas are changed. We jettison old ways of thinking, as healthier, more life-giving inspiration arises in his company, and as our minds are renewed, we become more attuned to him and to his will. Only then, in our closeness with God, where his good, pleasing and perfect will is known, can we pray effectively.

These days, I try only to pray as the Spirit leads. As a result, prayers are rarely unanswered, as I already feel the desire of God during prayer. He has chosen to partner with us in this; we are his hands and feet in the world, and he works through us, as he did through Elijah.

We learn to discern the will of God, as we grasp the loving the nature of God. I am not confused, when praying for another person. I know that God loves them, wants them to be free, and will do everything he can to heal, restore, and bless them. If there is a blocker, it lies in our understanding of God’s nature.

Prayers that finish with ‘thy will be done’, are typically expressions of uncertainty, as well as providing a get-out clause, when the prayer is unanswered. Faith need never be challenged, if any and every outcome must be the will of God. This is yet another example of Christian fatalism, aided and abetted by Calvinism. The idea that God is in control, without our involvement or engagement in faith, robs us of the outworking of grace.

‘He withdrew about a stone’s throw beyond them, knelt down and prayed, ‘Father, if you are willing, take this cup from me; yet not my will, but yours be done.’ An angel from heaven appeared to him and strengthened him. And being in anguish, he prayed more earnestly, and his sweat was like drops of blood falling to the ground.’

So anguished was Jesus, as he sought to escape the cross, that his sweat fell to the ground like drops of blood. He knew the will of God, but was terrified of what lay before him. Matthew’s account of the same event reveals more of Jesus’ mindset, in that awful moment. Luke 22:38-39,

‘‘My soul is overwhelmed with sorrow to the point of death. Stay here and keep watch with me.’ Going a little farther, he fell with his face to the ground and prayed, ‘My Father, if it is possible, may this cup be taken from me. Yet not as I will, but as you will.’

Overwhelmed to the point of death, sweating drops like blood, anguished, with his face to the ground, desperate and afraid. That God would expose himself to such terrible emotions is profoundly humbling, to me, but I stray from the point: when Jesus prayed for the Father’s will to be done, he knew exactly what that was. His words do not convey doubt about God’s intentions; he was yielding to an absolute certainty.

This prayer, then – thy will be done – is an expression of faith and surrender, rather than doubt. We pray like this when we know what God’s will is, and our prayer of faith brings the intentions of God to pass.

If someone asks me to pray for them, I bend the knee before the Holy Spirit, try to follow his leading, and pray in power. When I get it right, those prayers echo the divine will, are redolent with compassion, and are uttered in the authority of the Holy Spirit. To be clear, this is not a boast. Every believer I know who walks closely with God will have a comparable experience, because God has no favourites, unless we are all his favourites. Spirit-led prayer is like getting caught up in the flow of a vast, powerful torrent, and surrendering to its energy.

Such prayers are powerful and effective, just as Elijah’s were, and the outcome is brought about by the prayer of faith, as God partners with his people for the good of humankind.

God cannot answer measly, mealy-mouthed, prayers, because they are not offered in faith. James 1:6-8,

‘But when you ask, you must believe and not doubt, because the one who doubts is like a wave of the sea, blown and tossed by the wind. That person should not expect to receive anything from the Lord. Such a person is double-minded and unstable in all they do.’

Let us purpose, then, to walk more closely with God, and to engage more fulsomely in the process of the renewing of the mind, which enables us to know in increasing measure, what the good, pleasing and perfect will of God is. As we connect with that will, let’s pray in the power of the Holy Spirit, and see God move as he desires to in our lives, and the lives of those around us.

November 19, 2021
The Problem is Calvinism – Why This Matters
Next Post

November 25, 2021 For the Avoidance of Dishonour
Recent Comments
0 | Leave a Comment
"Absolutely. I'm not talking about always feeling good in my natural self (definitely not the ..."
Duncan Edward Pile The real problem with contemporary worship
"I'm all for authenticity in worship, as in all of life. As I posted yesterday ..."
Mo Fin The real problem with contemporary worship
"Thank you, John, and sorry you had to go through all that. I've never heard ..."
Duncan Edward Pile Why I’m (Almost) a Universalist
"When I first came into the church some 50 years ago, my greatest difficulty was ..."
John Phillips Why I’m (Almost) a Universalist
Browse Our Archives
Related posts from Duncan Edward Pile 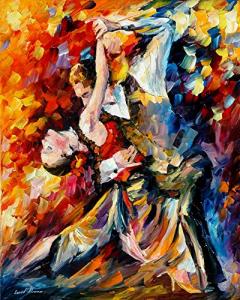 Evangelical
The Importance of Emotion in Worship
Duncan Edward Pile 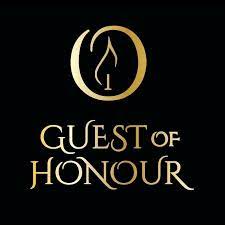 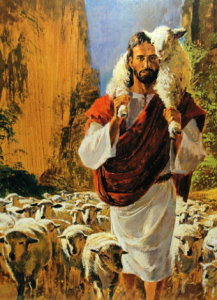 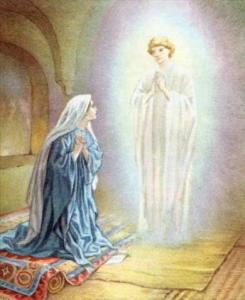