If it hadn’t been for the “Linsane” god, then “Linsanity” wouldn’t have happened…?

My post follows on the heels of Asian American sociologist of religion Russell Jeung’s observation that the current Asian American obsession with Jeremy Lin is, well, weak because it seems to inspire emasculated Asian American males (EAAMs) to greater heights of athletic masculinity (implying heteronormatively that Asian American males are girly and weak) and idolatrous because its celebration of professional success doesn’t quite square with Jesus’ preferential option for the poor (implying that God is on the side of the rich).

I want to take a crack, though, at something even more theologically serious: Lin’s understanding of the sovereignty of God. But instead of going a more evangelical route and trying to probe whether Lin is best understood in Calvinist (“God does everything”) or Arminian (“Well, I have a part too”) terms, I’m gonna go Christological (“so what does this have to do with Jesus?”).

For Asian Americans, and in particular, Asian American Christians, Lin’s story seems to be about how someone who’s a pretty normal Asian American breaks out against the odds by being in the right places at the right time and ends up playing in the NBA scoring “miraculous” points for the Knicks. As Lin’s testimony makes clear (as also does this blog), “if it hadn’t been for ____, then _____ would not have happened,” and thus, we can surmise the fingerprints of God behind the whole thing. Accordingly, Lin’s story actually landed Chinese American Christians a favourable spot in The New York Times; indeed, the last time we were in there, the story was also about River of Life Christian Center and Taiwanese Christians, but it wasn’t so good because the story was about Proposition 8 (which, to set the story straight, River of Life did not take a stand on). It has also spawned a debate about if there’s any implied racism behind Lin’s story because Lin’s story of busting out of the Asian American stereotypes seems so significant precisely because there are stereotypes.

Lin feels called to pastoral ministry post-NBA career to help other kids figure out what God has called them to do. So in the spirit of Christian love, I’d like to do a bit of inception with the following thought: what is particularly Christian about Lin’s understanding of the sovereignty of God?

The thing about the whole “if this didn’t happen, then how could this have happened?” line of thought is that while it does suggest that there is an Unmoved Mover behind the cosmos, it doesn’t tell us a whole lot about who it is that’s doing the moving. You get a “god” in a generic theistic sense. But you can’t make the jump from there to Jesus because you haven’t the slightest clue who this god is.

The thing is, though, growing up Chinglican, I used to hear a ton about “miracles” just like the story of Jeremy Lin. There would be pastors who’d say things like, “If it hadn’t been for this, then this wouldn’t have happened” to justify how they saw themselves walking in the will of God. There’d be uncles and aunties sharing about their life journeys–really, they were doing theology because they’d say things like, “You know, looking back, I had to have done this first, because God wanted me to do this next.” God has a great and wonderful plan for your life, they’d say, quoting Bill Bright’s immortal tract, The Four Spiritual Laws, and what you need to do is to find God’s will for your life and walk in it. You find God’s will, God will open doors, miracles will happen, and you’ll find fulfillment.

Much as I’d like to trust in the God factor to see me through life smoothly, I’m having increasing trouble reconciling what I learned from Asian American Christians about God’s sovereignty to make my personal life smooth sailing and the Jesus I find revealed in the Gospels. Yes, of course, Jesus was led by the Spirit, and in the Acts of the Apostles, the Spirit closes plenty of doors for Paul. But instead of giving his disciples career success, Jesus calls them to throw down their nets, give up their tax collecting booths, and follow him. Instead of guaranteeing security in terms of having a home, the Son of Man has no place to lay his head while reconstituting the family and the nation around his proclamation of the kingdom. Instead of fulfilling the nation’s hopes and dreams of a conquering Messiah, Jesus is crucified and calls you and I to follow him to the cross.

Here’s where the “sovereignty of God” debate over whether God did all the work for Jeremy or Jeremy had to do something to cooperate with God completely misses the Christian point: they don’t talk about who that god is. Jeremy Lin claims to be no mere theist. He is a Christian. I’m just wondering if in light of that, the theological reflection around Jeremy Lin could be more Christian, narrating his story through the narrative of Jesus Christ. As a Christian, Jeremy is implying that the god who’s been leading him is Jesus. But if Jesus calls us to die with him and to live lives of poverty, chastity, and obedience with him, wouldn’t the story be much messier than a straight-line miraculous assent from high school basketball to the NBA? Oh, sure, Lin speaks of racial taunts on the court, being marginalized in the profession because of his ethnicity, and spiritually struggling with “over-confidence” in an effort to posture himself humbly before his God and neighbour. But the God of Jesus is also the God of Job. Humiliating experiences of the cross aren’t as neat and tidy as simply, “My life sucked, but God vindicated me and restored my career.” They are, in a word, humiliating and when the story is heard, it should make people go, “Now that really sucks,” not, “Oh, but God makes it all work out!” As Catholic theologian Hans Urs von Balthasar points out, we like to move way too fast from Good Friday to Easter because we don’t like the discomforting feeling of Holy Saturday’s “God is dead.” I’d like Jeremy Lin to invite us to go through his Holy Saturdays with him.

Then again, I might just be labeled as “very intellectual,” “thinking too much,” and “not trusting God enough.” I’ll reply in good evangelical fashion: Jesus is a person, and you have to get to know him on his terms. The vague god is great, partly because we can make him/her/it say whatever we want and do whatever we want for us. But to call ourselves Christian–oh, now we’ve introduced a very specific deity into the conversation, and in terms of the Jeremy Lin story, this Jesus is very good at busting our stereotypes of who God is.

I don’t deny that the God revealed in Jesus Christ has been leading Jeremy Lin throughout his career, which is a story that hasn’t ended and may be a story that blossoms into pastoral ministry. But if he goes the pastoral ministry route, I’d really like him to think deeper about some of these things, to reflect in the story of Jesus much more about the racial taunts, getting cut from teams, and the interior struggles with pride. You have to believe in more than the existence of a sovereign god to be a Christian. You actually have to participate in the life, death, and resurrection of Jesus, in the life of the Triune God whose crucified love calls us to the narrow path of returning blessings for racist curses, tearfully loving resistances to being orientalized and marginalized in the profession, and solidarity with the poor and the weak as penance for pride. If you tell your story like that, I will bet that there won’t be much smooth-sailing involved–actually, there might be a lot of failures in the mix–but then again, as I’ve heard it, the story of Jeremy Lin has never been very smooth, which is precisely what makes it Christian. 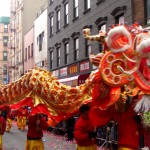 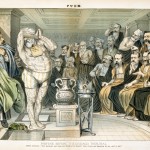