Patheos Explore the world's faith through different perspectives on religion and spirituality! Patheos has the views of the prevalent religions and spiritualities of the world.
We’re up, both here at A Christian Thing, and at my blog, Chinglican at Table. It’s the week of Chinese New Year and the auspicious Year of the Dragon. My mother-in-law asked me if the dragon could be correlated with the Satanic figure in Revelation. I pleaded the Fifth. I’m sure, having invoked the dragon in Evangelium Vitae, the late Pope John Paul II would have pleaded equal ignorance, not least because it might have ruined his interfaith Assisi dialogue initiatives.

Theologically interesting as dragons may be, then, I’m going to take a pass at reflecting on them this zodiac year. Stay tuned twelve years later for a reply to my mother-in-law.

Meanwhile, I’ll take this chance to wish Thick Dumpling Skin a happy one year birthday, a momentous event that coincides with Year of the Dragon celebrations.

Thick Dumpling Skin is a blog started by Hyphen magazine publisher Lisa Lee and Asian American actress and food blogger Lynn Chen to explore body image issues in Asian America. They noted a paradox that they’d both experienced, that when they came home to their families, they would receive comments about how much weight they had gained or lost and then, as if there were no contradiction, be told to eat more. As they rightly point out, Chinese New Year epitomizes this madness, with relatives commenting on weight over a big meal where it’s rude to abstain. Such eating schizophrenia within their own families, they suggest, can lead to eating disorders, being insecure about the way one’s body looks and self-medicating by avoiding food, binge eating, or the bulimic combination of both. One year and 50 posts later, and with the recent introduction of a psychotherapist in the person of Ashley Solomon, their site has made it clear that there are resonances with the Asian American community on this issue.

What I’d like to suggest is that what Lisa and Lynn have hit upon is also a theological issue. To bring up theology here might tempt you to hear me as turning into Juliet Yang, Lynn Chen’s character in The People I’ve Slept With, a hilariously caricatured treatment of an Asian North American evangelical with “a family straight out of the Gap catalogue.” If I were to to do this, I’d go straight into a moralizing treatment of why you should take care of your body because it’s made in the image of God. Then, after telling you that keeping your body holy because it’s a temple of the Holy Spirit means that you need to exercise, eat well, and find balance (just as any other self-help guru would say), I’d say that you then need to dress it modestly (which is probably not what just any old self-help guru would say). I wouldn’t put it past Juliet Yang to go in that direction, but I’m also confident that Lynn Chen herself would take a pass on such an imitation.

I don’t want to take a faux progressive moralizing tack either, telling you that because there are starving people all over the world, we should take all the food that we binge on and give it to the poor. There is a place for this line of thought, especially around issues of food security and the unjust socio-economic-political structures that keep people hungry, but this isn’t the point of Thick Dumpling Skin. And besides, unless this progressivism is pursued with clear-headed thoughtfulness, it can come out sounding awfully paternalistic and colonizing.

Instead, I want to lightly interrogate what Thick Dumpling Skin means by “Asian culture” that leads to the crazy contradicting messages we get about our bodies from family and community. It’s not like Confucius says that Asians have to be thin. It’s rather the discourse that partly is spread in popular media, Asian and American alike, that unlike white people, Asians can keep eating and be skinny as a stick. It’s also the constant comments from friends and family, sometimes subtle, often not, about weight vis-a-vis the perfect body shape an Asian “should” have. Culture, in short, is simply code for the narratives of the body that are communicated in families, churches, and community networks. They are stories about what Asian bodies should look like, which, by the way, means that whether they are deployed by a white mainstream media or our Asian families, they also happen to be deeply racist because they are orientalizing.

By providing a safe space to air out the destructiveness of these orientalizing stories, Thick Dumpling Skin tells a different story, summed up by their tagline: “It’s what’s on the inside that counts.” There are numerous posts about taking a different tack–learning to love yourself for what’s on the inside, complete with spiritual, psychological, and emotional exercises to embrace who you are as a person as opposed to what you look like in hopes that you’ll be actually able to embrace what your body actually looks like because of the radiance of your inner beauty. It’s about pursuing a healthy identity in defiance of the discourses of the skinny Asian proliferating in media and family, to metaphorically “grow some thicker skins, and learn to love them as well.”

I might venture to say that Thick Dumpling Skin is implicitly–and probably without themselves knowing it–offering a theological alternative for bodily practices in Asian American churches. In one place on the blog, Lisa writes that some of the more destructive comments as well as the site for the greatest binge eating to be had around Chinese New Year was the infamous church potlucks. As she elaborates on BlogHer:

Chinese Lunar New Year is just around the corner. What this usually means for me is another one of those potlucks at church, where there’s way too much food prepared by way too many aunties, or a yis as I fondly call them. Like most people, I can’t wait for the hot pots and steamed fish, but as a person who has struggled with my body image, the huge feast brings up complications. In order for me to get my hands on the delicious dishes that they’ve prepared, I have to brace myself for the string of, “Lisa! You’re back! You ______ (insert either lost/gained in blank) weight!”

The real question is: what alternatives does the church have to the weighty auntie discourse on the week of Chinese New Year? I’m inclined to take the tack that the Christian faith is a deeply incarnational one with a theology profoundly interested in embodiment. After all, what seemed to piss the early church fathers off the most was when spiritual elitists broadly labeled “Gnostics” denied the importance of the body to Christian spirituality. What Thick Dumpling Skin reveals about the racialized discourse of Asian thin is that it may well be another destructive gnostic ideology that makes no sense in terms of how the human body actually works. You can’t binge eat and stay thin, you can’t starve yourself and stay out of the hospital, and yet this is precisely what this schizophrenic ideology would have us believe. The theological implication that Thick Dumpling Skin may be communicating unawares is that God weeps with us when we destroy our bodies for a gnostic ideology, especially because he welcomes us to his table no matter what our body shape is.

In short, Asian North American churches can really be the church when it moves away from offering a Chinese festival meal where gossip about weight rules the conversation toward the table of the Lord where the gospel reaches those marginalized by the racist discourse of Asian thin. I imagine Jesus extending arms of welcome to the readers of Thick Dumpling Skin. To be a Christian family and a Christian church is precisely not to reproduce practices of patriarchy and orientalization, racist colonial legacies and consumer objectifications of the body. If anything, it is to embody the announcement of the kingdom of God that is itself a proclamation of the end of these regimes of exclusion and the beginning of an age when my body and your body matter because they are cherished members of the Body of Christ. And because of that, when we worship at church, we are sitting at table with Jesus where he offers us his own body and blood to eat and drink.

What I like about Thick Dumpling Skin is that it is simply a forum for stories about body image and eating disorders among Asian North Americans. But what is particularly Christian about this approach, though likely unintentional, is that once these stories get aired, there is something and someone to forgive (which, incidentally, is #7 on a list of 12 things happy people do differently copied from Marc and Angel Hack Life on November 21, 2011). It is as if they were reciting the words of Jesus, that when a brother or sister sins against you, go and show them their fault so as to encourage reconciliation. If family and friends, church and community, have sinned by perpetuating these gnostic narratives that lead to eating disorders, then what better way is there than to put it all out in the open in hopes of a tearful reunion laced with forgiveness?

That’s what a Chinglican Chinese New Year table could really look like. In good Christian fashion, when we air out these stories, they paradoxically are not myopically self-centered. If we’re speaking specifically to Asian North American churches (let’s limit the audience tentatively for practicality’s sake), we’re not just saying, “You hurt me with your comments about my weight.” We’re saying, “These subtle hints about body image constitute a gnostic ideology that we together should consider abandoning for a more orthodox practice of incarnational welcome.” Part of that welcome is forgiveness, which is why at a Chinglican Chinese New Year table, you might look around the table, and it’s all of these people you’ve had to forgive, not least because they’ve probably also forgiven you too for something else unrelated. After all, Chinglicans do pray with the rest of the church, “Forgive us our trespasses, as we forgive those who trespass against us.” Thick Dumpling Skin reveals the trespasses that must be forgiven so that you can pass the roasted pig, the abalone, the sea cucumber, the hairy fat choy, and your parents’ Chinese soup without the shame of conforming to an impossible and racist body image and the guilt of being complicit in proliferating this discourse.

Also at ChinglicanatTable as A Chinese New Year Table. 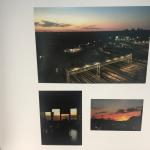 July 23, 2019
I've found my way home: on the unraveling of the private consensus for me
Next Post

February 14, 2012 If it hadn't been for the "Linsane" god, then "Linsanity" wouldn't have happened...?
Recent Comments
2 Comments | Leave a Comment
Browse Our Archives
get the latest from
Eastern Catholic Person
Sign up for our newsletter
POPULAR AT PATHEOS Catholic
1