Wired by the Law

If you look at the Who’s Who of American High School Students in 2002, you’ll find that my career dream as of my sophomore year in high school was to become an attorney at law. Of course, it’s presumptuous for me to tell you that I’m in a Who’s Who, but considering the thousands of other names in there, it’s a bit of whatever now and really only good for getting my wife to feign being impressed these days. But that, as well as my junior high and high school yearbooks, will attest that everybody else knew that I wanted to become a lawyer too.

The story goes that when I was a sophomore in high school, I met some lawyers and then I didn’t want to be one anymore. No, it wasn’t that they were all sneaky, although I’ll bet some were. In fact, it was slightly influenced by my freshman English teacher, who wrote in my freshman yearbook, ‘You are too creative to be a lawyer.’ Meeting the lawyers confirmed this stereotype: while I thought that they would be making all sorts of creative legal arguments as they did on all the lawyer dramas that I watched with great interest (oh, yes, Matlock, Perry Mason, and John Grisham novels were my regular fare; imagine my utter bliss with The Good Wife these days), talking to them felt utterly constraining.

Of course, now I know that every profession has its constraints, but as an idealistic kid, I decided, without understanding the state of the academic job market, that I wanted to become a church historian. As people at the Chinese church that I was attending at the time tried to talk me out of it, I decided to study the Chinese church. And so, I did, and now I’m getting a PhD writing about Chinese Christians. Goodness.

However, as I’ve been reflecting on some of the more recent posts on this blog as well as what I’ve been writing in my thesis, I’ve discovered that much of what what I write about is law. Like secular law. Even though this blog is called Religion. Ethnicity. Wired, there’s more law in here than there is coffee. (Heads-up to my thesis committee then: expect the same. It’s coming.)

What is going on?

Now that you know my story, it might be tempting to say that I’m fulfilling a psychologically-suppressed desire to be an attorney at law even while working in academia. In fact, I’ll give you full permission to think that and deconstruct me accordingly.

But I’d also like to propose this: talking about religion and ethnicity requires us ultimately to talk about the law.

Geographer of religion Lily Kong is by far the most important influence on my thinking here. Yes, of course, everyone in the new critical studies of secularization talks about law and policy, and the best distillation of that conversation is probably Saba Mahmood’s 2007 essay in Public Culture entitled ‘Secularism, hermeneutics, and empire‘ (read it!). In this conversation, secularization is itself a theological impulse, and secular actors are actually doing theology in a way that polices what religion should and should not be (this is what theologian John Milbank calls ‘policing the sublime’). The way that that’s done is through legal policy, setting up an alternate secular tradition that maintains the freedom of religion to be what it wants to be as long as it’s private and focused solely on the transcendent. As sociologist José Casanova would put it, the irruption of ‘public religions’ out of the private sphere into public matters since the 1960s is a bit of a problem for this secular legal framework because religion has trespassed its own boundaries.

What Lily Kong points out in her seminal 2001 essay in Progress in Human Geography, ‘Mapping “new” geographies of religion: politics and poetics in modernity,’ is that what I’ve just described is a geographical phenomenon. Most geographers skip to the end of Kong’s paper and only talk about how geographers of religion need to study religion ‘beyond the officially sacred’ sites of churches and designated sacred spaces, regardless of whether you think like Mircea Eliade that these are hierophanic axes mundi or if you follow Jonathan Z. Smith to say that these sites are politically constructed and sacralized.

Don’t do that. Read the whole paper. What Kong suggests is the fact that you can have sites designated specifically for religion means that religions are often in a political dance with secular policy. This is because secular policy shapes modern spaces. That in turn means that religions (more often than not) find themselves spatially enveloped by secular policy. As Kong’s work is situated in Singapore, this point is especially poignant because the secular legal framework of a paternalistic state always seems to govern how Kong conceptualizes the ways in which religious communities are constructed, where they’re located in the city, what they do internally, and how they represent themselves to the public. For Kong, religion and secular policy are always doing this political dance because they are playing their politics out on legally-constructed secular space.

I think of my other field specialties in migration and ethnic studies, and the same dynamic is there too. As political theorist Seyla Benhabib repeatedly points out, the reality of migrations always challenges the sovereignty of states in regulating their populations, which often pushes states to strongly articulate their sense of national belonging. So too, in the anti-racist stuff that I read in Asian American ethnic studies, the law is always in the background, usually as an oppressive force marginalizing Asian American populations that should be re-imagined and revised by Asian American communities to work in anti-racist, inclusive, and egalitarian ways.

I think I’m getting somewhere. It’s something like this:

In the same ways that secular law envelopes race, ethnicity, and migration by shaping policies that direct citizens toward certain practices (I suppose we could thank Foucault and call this governmentality), secular policies shape the practices of religious communities. It’s for this reason that I’ve been so fascinated on this blog with the practices of the Gospel Coalition and their neo-Reformed friends, as they simply acknowledge that this is the secular reality, that this is the way that things are simply done nowadays, and that it is normative for secular policies to set norms in our broader society. It runs the complete opposite direction from the critical studies in secularization that interrogate just why the power of secular law gets to set the norms in contemporary society. This is why I argued in my piece on ‘grounded theologies‘ in Progress in Human Geography that secularization is itself a theological impulse. Following Saba Mahmood, secular actors enshrine their own theological assumptions into public policy, especially when it comes to how religious communities should work in concrete spaces. The same legal process that shape constructions of race, ethnicity, and migration works for religion too.

Of course, being an attorney at law is a career dream of mine that was put to rest long ago, and thus, as I am without any formal legal training, I am always happy to be challenged and corrected about my legal analyses (which many who are formally trained in law will likely find quite wanting). But this is why it is when I say that I’m wired by religion and ethnicity like coffee, I have to be wired by the law too. It just makes no sense to have a conversation about religion and ethnicity without talking about the secular legal frameworks that envelope it. In fact, it’s only then that we can examine what Lily Kong calls the ‘politics of religion’ (and ‘ethnicity’) as they contest the powers of secular modern frameworks.

And for that, I’ll need your help, especially if you are trained in law, public policy, and/or politics. If you see something on this site that’s a wild interpretation of the law, please, please, please correct me on my Facebook or Twitter. If you see a new interesting direction in law or policy that I haven’t noticed, please tell me. And if you think that I just don’t get it, please educate me.

Because if religion and ethnicity wire me like coffee, then so does the law. Which, by the way, is why you should be checking this blog regularly. Legal training though I have not, I actually do intend to put my thoughts on Windsor v. United States and Hollingsworth v. Perry here when the decisions come out.

June 21, 2013
Apologizing for the culture wars, moving toward secular sexualities
Next Post

June 24, 2013 Racial Diversity in the University as a Public Good
Recent Comments
0 | Leave a Comment
Browse Our Archives
get the latest from
Eastern Catholic Person
Sign up for our newsletter
POPULAR AT PATHEOS Catholic
1 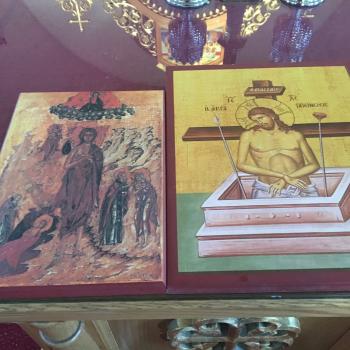