Patheos Explore the world's faith through different perspectives on religion and spirituality! Patheos has the views of the prevalent religions and spiritualities of the world.
It seems that there has been a bit of a Reinhold Niebuhr renaissance. It began – arguably – when David Brooks asked then-Senator Obama if he had read Reinhold Niebuhr. Obama said yes. Brooks asked him what he took away from him. Obama said:

I take away…the compelling idea that there’s serious evil in the world, and hardship and pain. And we should be humble and modest in our belief we can eliminate those things. But we shouldn’t use that as an excuse for cynicism and inaction. I take away…the sense we have to make these efforts knowing they are hard, and not swinging from naïve idealism to bitter realism.

Brooks was impressed. ‘My first impression,’ he writes, ‘was that for a guy who’s spent the last few months fund-raising, and who was walking off the Senate floor as he spoke, that’s a pretty good off-the-cuff summary of Niebuhr’s “The Irony of American History.”‘ Indeed, as early as 2007, Brooks saw the entire Obama campaign as fundamentally Niebuhrian – fully embracing the ideals of liberal democracy, but also fully acknowledging the presence of ‘power politics’ as thwarting those ideals.

It’s been seven years – the time it takes for most academics to go up for tenure – and despite much that has happened, we’re still at it with Obama’s Niebuhr. This time, it’s Ross Douthat, no less on the right than David Brooks, who has fired the shot. It’s about as unlikely a shot as any. In Bad Religion, Niebuhr is one of Douthat’s heroes, a part of the Golden Age of American orthodoxy populated by figures like Niebuhr, Billy Graham, Fulton Sheen, and Martin Luther King, Jr. Douthat’s Niebuhr pulls the brakes on American liberalism, castigating America for its historic sins and calling the nation back to a new orthodox theological consensus. That same Niebuhr, Douthat contends in his new column, is Obama’s bane. In Obama’s hands, Niebuhr puts the brakes on Obama’s own ‘Yes, we can’ spirit. To point out the ironies of American history, Douthat contends, is to confuse the partisan pundits, and confusion (he suggests) leads to backlash. With that argument, of course, Douthat got his own backlash: Trinity College’s Mark Silk lambasted Douthat on Religion News Service, saying that Douthat had misread both Niebuhr and Obama. Don’t let Silk’s title fool you, though. ‘Obama the Cheap Niebuhrian’ is not at all about Obama’s cheap use of Niebuhr. It accuses Douthat of reading of Niebuhr as a fickle political mercenary.

After all, Obama is no cheap Niebuhrian. The recent Vox interviews, done (in his words) for the ‘brainiac nerd types’ demonstrates that Obama still remains indebted to Niebuhr, caught between the liberal idealism of Woodrow Wilson and cynical realpolitik. If irony was one of Niebuhr’s favorite words, then Obama channels Niebuhr to a tee for his ‘theories’ of foreign policy. On the one hand, Obama the Niebuhrian recognizes that America is still perceived as ‘the largest, most powerful country on Earth,’ because ‘when problems happen, they don’t call Beijing. They don’t call Moscow. They call us.’ That said, his interviewer Matthew Yglesias is also right to recognize that the Obama Administration’s doctrine seems to recognize the ‘idea of limits’ on American geopolitical power. There are resource limits. There are limits to influence. There cannot, in Obama’s terms, be a military intervention – or heavens, a military occupation – every time there is a problem in the world.

Niebuhr would be pleased indeed. The whole point of his work in The Irony of American History is that what’s needed is a level-headed recognition that the founding myths of American democracy – have a revolution! start a new thing! get it done! yes, we can! – are not going to do America or the world any favors in terms of a foreign policy, especially as an agrarian society that somehow got itself a de facto empire by the end of the Second World War.

My students uniformly hate Reinhold Niebuhr. While it can be argued that Niebuhr wrote in a very accessible way, I’ve discovered that my students find him difficult. The fact that I assigned the entirety of The Irony of American History over the Martin Luther King Day weekend and sent them on a scavenger hunt through its pages for references to the Asia-Pacific might not have helped.

Truth be told, I think I’m to blame for my students despising Niebuhr. It’s because I used to despise Niebuhr.

Asian American Christian historian Tim Tseng called me out on this one. It was during a time that I thought I was a strict devotee of the work of Stanley Hauerwas. I had read Hauerwas for my comprehensive exams, and it had stuck with me that his Gifford Lectures, With the Grain of the Universe, thought that Niebuhr was basically a liberal out to defend liberalism by any means necessary, which meant that his ‘neo-orthodoxy’ was simply the liberal ‘American Way of Life’ by another name. Tseng and I were having drinks during a conference when I said something about recognizing that the academy might not be perfect, but that I might try to work within it. Tseng called me a Niebuhrian.

The truth, of course, is even murkier. It turns out that if you’re worth your salt in anything in Asian American religions, you’ve read Reinhold Niebuhr. It’s true in the other ethnic studies disciplines too – in The Cross and the Lynching Tree, African American theologian James Cone boasts of teaching a seminar every year on Niebuhr so that he and his students could assess why it was that Niebuhr, unlike King, felt that the civil rights movement should proceed slowly – which meant that it was ironic indeed when King quoted Niebuhr’s Moral Man and Immoral Society in ‘Letter from a Birmingham Jail‘ to speed things up. One of those seminar students was at a session at the American Academy of Religion where Asian American religionists talked about their movement to put Asian American studies on the map in the discipline of religious studies. She stood up to complain about how despite Cone’s best intentions, she felt colonized by the ideas of a white man. Asian American feminist theologian Kwok Pui Lan shot forth from the stage, telling her that she herself had written on Reinhold Niebuhr, that Cornel West had written on Reinhold Niebuhr, and that plenty of theologians of color had written on Reinhold Niebuhr, so just sit down and do the work. When I sat down with Asian American feminist ethicist Grace Kao at that same conference and asked her who among the ethicists to read, she told me basically the same thing: do your homework on Niebuhr.

Mind you, I think Hauerwas would say the same thing to all his students.

Nobody expects Reinhold Niebuhr. I think it has to do quite a bit with the way that we talk about the American public sphere. Apparently, the public square is naked. Apparently, theologians who used to adorn the covers of TIME Magazine don’t have the same prestige anymore. Apparently, the mainline Protestantism of which Niebuhr used to be a symbol is dead, evangelicalism is on the rise, and the great cosmic battle between evangelicalism/Catholicism and secularism has been under way for the last thirty years, a culture war that has been so exhausting that it’s spawned a generation of ‘post-evangelicals’ – and we know that this group has truly made it to the big leagues because they too finally get to contend with their own abuse scandal!

That Niebuhr has made a bit of a comeback should throw a wrench into this narrative. For one, it means that we must recognize why our students really hate his guts – it’s because he’s unavoidable for thinking about American geopolitics – and for that reason, an entire generation should be made to hate him because they’ve, like my students and Cone’s students, had to plough through his work for seminars they’ve resented. That’s because, as they might tell us later in a begrudging voice, the irony of the American history since Niebuhr’s death in 1971 is that the public sphere that has been said to be restructured might not really have had much happen to it. The reasons for that are too long to elaborate on here, but suffice it to say that this might not be a Reinhold Niebuhr renaissance. The fact might be that Niebuhr never went anywhere in the first place. 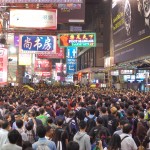 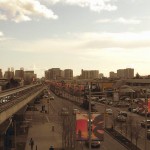 February 10, 2015 Vancouver food recommendations for Josh Harris
Recent Comments
0 | Leave a Comment
"I can't believe you would consider the theological lightweight Kilby as a proper critique of ..."
antoniodec Fiat mihi secundum verbum tuum: on ..."
""Milbank criticizes Balthasar for being apolitical in his aesthetic reflections, and I can see how ..."
antoniodec Reading Sobrino on Óscar Romero and ..."
"the word is receptive, which has nothing passive about it but could be the most ..."
antoniodec Fiat mihi secundum verbum tuum: on ..."
"One can never "go home," not in this life."
billwald I’ve found my way home: on ..."
Browse Our Archives
Related posts from Eastern Catholic Person