Patheos Explore the world's faith through different perspectives on religion and spirituality! Patheos has the views of the prevalent religions and spiritualities of the world.
I am late. Very late.

On the day that Josh Harris announced to Covenant Life Church that he was stepping down on as senior pastor, I tweeted him to welcome him to Vancouver.

Welcome @HarrisJosh to @regentcollege. I have no right to do so, of course, except as a regular customer of The Well.
— Justin Tse (@religethnicwire) January 27, 2015

He’s coming (or should I say from Seattle, going) to Regent College, an international graduate school of Christian studies that the media somehow always mistakes for a seminary (sadly to say, even GetReligion did) – or better, in Christianity Today‘s terms, a ‘college.’ Jokes are abounding too. One can’t help but feel that for all of Harris’s ‘stop dating the church’ preaching, he’s kissed the megachurch goodbye.

There are a million things that I want to say about Vancouver, not least of which is that Harris’s courtship, dating, and biblical manhood and womanhood stuff has made quite a splash here in Chinese churches. As those who know the Harrises from their homeschooling days might know (Harris himself talks about it in I Kissed Dating Goodbye – a must-read, I must add, if you’ve never read it, as it is an contemporary evangelical classic), this is not simply a welcome to Josh Harris to Vancouver; it’s a welcome back to the Pacific Northwest. The connection to Harris’s current church, Covenant Life Church, and its (former) network, Sovereign Grace Ministries, is rather a keen one for some Chinese Christians here too. As those who follow Vancouver news will know, there has been a series of lawsuits at Vancouver Chinese Baptist Church over employment law, which is only the tip of the iceberg when it comes to Christian lawsuits in Vancouver – the crisis pregnancy centre defamation case, the Anglican property case, and the precedent-setting Chong v. Lee case (oh yeah, and I almost forgot: the Trinity Western cases!). For those who follow evangelical news, Sovereign Grace Ministries had its own lawsuit around sexual abuse and spiritual authority.

If Harris wants to escape to Vancouver and be relatively unknown as a Regent student, then, good luck. In fact, lawsuits, courtship, and homeschooling past aside, even getting away from the New Calvinists will be hard. I Kissed Dating Goodbye and Boy Meets Girl – even the evangelical classic that inspired them, Elisabeth Elliott’s Passion and Purity – had their circulation in (mostly Asian Canadian) New Calvinist circles. Friends talk about the intimate linkages between Chinese Christian ‘English ministries’ and what used to be called Campus Crusade for Christ on the University of British Columbia campus, where the biblical manhood and womanhood stuff was routinely taught and kissing dating good-bye was routinely practiced. For the New Calvinist technical, the movement was called ‘complementarianism‘; for the very best account of the movement, see Andrea Smith’s Native Americans and the Christian Right, chapter 3. Contrary to the image of Vancouver as part of the godless wasteland ‘none zone’ of the Pacific Northwest (and according to Patricia Killen, the ‘none zone’ doesn’t even mean what you think it does), there are evangelical megachurches in Vancouver that identify as New Calvinist. Indeed, the church planting arm of the Mennonite Brethren Conference (MBC) took a hard New Calvinist turn when one of its flagship churches, Willingdon Church, took on a hard New Calvinist line, especially when they invited the New Calvinist greats for a conference in 2007. Not only did this result in vigorous conversation in the pages of the MBC’s theology journal, but it spawned churches in its own right that have had their own way of transforming Vancouver’s urban landscape, such as Westside Church’s purchase of the Centre for Performing Arts in Vancouver’s downtown and the transfer of authority from South Hill Church in Vancouver-South to Westside’s church plant, Christ City Church. Harris is correct to note that Puritan theologian J.I. Packer was the long-time systematics guy at Regent College – and it’s humorous to note that the guy who currently holds the J.I. Packer Chair, Hans Boersma, is more catholic than the Catholics – but the other thing is that Packer has been a long-time part of St. John’s Vancouver (formerly ‘Shaughnessy’), an Anglican church that, due to its affiliation with Australian Anglicans from Sydney who seem to compete over truly Reformed credentials (until I get my hands on the Wayback Machine, this Muriel Porter reference will have to do), has taken on Calvinist notes in its own right.

Vancouver, in short, is no escape from the evangelical madding crowd. Even Regent College isn’t; take note, for example, of its recently announced budget cuts.

However, take heart, and do not fear, Josh Harris. There is a way to get to know Vancouver and not to get sucked into our evangelical politics.

That way is food. Indeed, I am late because I promised Harris food recommendations a while back, and I am very tardy in delivery.

I’m not being flippant here. Regent College is famous for food. The Well Coffee, which currently runs through the Regent Bookstore (I was very sad that they closed the Dunbar location, which, incidentally, is where I had many a discussion of I Kissed Dating Goodbye with Chinese Christian friends), began as a Master of Christian Studies project to use caffeine and food to bring people together to a site for face-to-face conversations instead of the sort of mediated stuff on social media. One of the Regent faculty, Loren Wilkinson, has gone public on his classes on food; one of the retired faculty, Eugene Peterson of The Message fame, has a book called Eat This Book. After chapel on Tuesdays, the Regent community has a soup lunch, at which I have eaten many a soup for four (Canadian) dollars although I have not participated in any of their small groups. The last time I saw the optional reading list for the introductory Christian Thought and Culture classes – ‘optional’ meaning that you have to read a thousand pages from anything on the list – Robert Farrar Capon’s culinary classic The Supper of the Lamb was prominently displayed. Due to Hans Boersma’s influence, a good chunk of the Regent student body also know how to use the word ‘sacramental’ in connection with ‘food’ because, to quote one of Boersma’s favourites, Jesuit theologian Henri de Lubac says that the ‘eucharist makes the church,’ which means (as Boersma is wont to say) that when you partake of communion, the food makes you the Body of Christ.

I write this for Joshua Harris so that he does not get funnelled ever so quickly upon arrival into the very white world of the Vancouver hipster. Yes, indeed, the hometown of How I Met Your Mother‘s Cobie Smulders and jazz singer Michael Bublé has a way of doing just that. You can hear all the stories about gentrification, including about that one (in)famous restaurant, Pidgen Restaruant, on the Downtown Eastside targeted by anti-gentrification activists; there’s also Cuchillo. Indeed, in what remains the benchmark study of gentrification in urban geography, University of British Columbia geographer David Ley demonstrates that Vancouver’s inner city went through a series of shifts with artists making neighbourhoods cool, only to have wealthy (white) people come in and price everyone out of the market. The discourses that swirl around Vancouver being the most lonely city and a very bad place to get a date come right out of this hipster public sphere.

With the exorbitant tuition prices they have to pay, I wouldn’t recommend Regent students to become part of this very expensive hipster circle, at least not food-wise. Regent students have to eat like plebs. And pleb food in Vancouver has a very different air to it.

You see, we plebs in Vancouver eat Asian foods.

Nobody is going to believe me on this score. While there’s much to be said about the whiteness of Vancouver’s gentrified hipster scene, migrants from the Asia-Pacific have gotten the stiff end of the rope. Chinese migrants are often blamed – and not without some justification sometimes – for ramping up property prices in Vancouver. For people who have no imagination beyond white supremacy, it might be hard to imagine that Asian foods in Vancouver are pleb foods.

Why ‘Asian’? Well, how else are you going to categorize sushi, pho, and Cantonese noodles?

Vancouver readers will likely criticize me for placing Richmond as the centre of my food universe. It’s true. The criticism is accepted. In fact, I unapologetically place Richmond at the centre of all of my thinking about British Columbian politics.
But that will have to be another post. This is a post for my very biased and completely unobjective food recommendations for Josh Harris to eat with what I have defined as the ‘plebs’ instead of the gentrifiers and the hipsters. Indeed, while I’m happy to give recommendations for coffee (the Well at Regent, Bean Brothers in Kerrisdale, Grounds for Coffee in Kitsilano, Cuppa Joy in Point Grey), I’ll leave the hipster contingent at Regent to do their dirty work.
But for the pleb food, you’re very welcome. Don’t worry about our church politics. Come and eat!
Oh yeah, and Suey Park wants to come too.

@religethnicwire @HarrisJosh can I visit? we are due for another cultural foodie adventure. Can’t imagine how exciting the convos might be!
— Suey Park (@suey_park) January 27, 2015 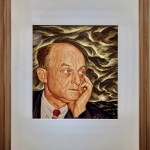 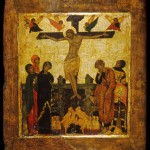 March 5, 2015 End the Death Penalty
Recent Comments
0 | Leave a Comment
"I can't believe you would consider the theological lightweight Kilby as a proper critique of ..."
antoniodec Fiat mihi secundum verbum tuum: on ..."
""Milbank criticizes Balthasar for being apolitical in his aesthetic reflections, and I can see how ..."
antoniodec Reading Sobrino on Óscar Romero and ..."
"the word is receptive, which has nothing passive about it but could be the most ..."
antoniodec Fiat mihi secundum verbum tuum: on ..."
"One can never "go home," not in this life."
billwald I’ve found my way home: on ..."
Browse Our Archives
get the latest from
Eastern Catholic Person
Sign up for our newsletter
POPULAR AT PATHEOS Catholic
1