I went to a student recital, and the intensity of the music-making destroyed any notion that classical music is about the model minority

I went to a student recital, and the intensity of the music-making destroyed any notion that classical music is about the model minority March 8, 2017 Justin Tse

Patheos Explore the world's faith through different perspectives on religion and spirituality! Patheos has the views of the prevalent religions and spiritualities of the world.
It is to the credit of two Northwestern freshmen’s social media skills that I ended up attending their joint freshmen recital at the Bienen School of Music. The reminder from Facebook kept on coming up, and halfway into the day of preparing next quarter’s syllabi, grading furiously, and writing up a storm for my own work, I debated with myself whether I should go or not.

I eventually went. One of the students was playing Beethoven’s Op. 109 sonata, which is on my regular playlist courtesy of Spotify having all of Mitsuko Uchida’s brilliant recordings. I had to see what possessed her to pick late Beethoven for her recital.

I was not disappointed. It was clear that the two freshmen – both Asian Americans – were good friends and had decided to mix and match their program. The first student – the one I didn’t know – began with a Mozart fantasy and transitioned seamlessly into one of his sonatas. Whatever nervousness she might have had in the beginning of the fantasy – it didn’t seem like much, but whatever – had completely dissipated by the third movement of the sonata, where she was literally soprano aria and pit orchestra at the same time. The student that I knew came out after that; she played the first movement from a Schumann sonata, and from the word ‘go’ I was sucked into the Schumann dream.

Schumann, I said to the student next to me when that was done. You know what Žižek has to say about Schumann? You know that the student next to me is one of my students when she doesn’t miss a beat: ‘Wait, what? Žižek?’ I quoted her the part in The Plague of Fantasies where Comrade Slavoj says that listening to Schumann is literally to get sucked into a dream. She got up and went to the bathroom, which is literally how Žižek actually opens The Plague of Fantasies.

The first student came out again and played some Debussy; I got sucked into that impressionistic dream too. Then the student that I know came out to do a Chopin étude; she literally tore up the piano with all of the death-defying leaps that comprise a Chopin étude – like the piano greats who have come before her (Cortot and Gulda come to mind), it was as if she didn’t care where she landed in those leaps, as long as she kept moving.

It would be trite to say that words cannot describe what happened next, but they really can’t. It was like the student began painting, sketching the pastoral scenes from which Beethoven is famous, and then systematically began negating it as Beethoven does in his later works. I don’t know if she actively knew that she was doing this, but suffice it say that I had a beautiful scene in my mind with all sorts of country imagery, and by the end, I had nothing except the beating of my heart. I was not ready for it to be over when all that was left was silence.

I mentioned at the outset that the two students who played this recital – who came out holding hands in glee excited that they were done and free as they took a bow – were Asian American, and this is purposeful. The truth is that our Asian American Studies Program benefits from the music school at Northwestern in the sense that we get a lot of defectors from them in our majors and minors; my Asian American history course has quite a few people who come in bearing instruments and telling me about how busy their lives are not just because I make them work (oh, I do) but also because of their recitals, auditions, rehearsals, and such.

We seem therefore like walking stereotypes: Asian American studies gets the burned-out because classical music is the surest sign of the presence of the model minority, the upwardly mobile college student ‘outwhiting the whites,’ as one article in a magazine read by white people said in the 1970s. This is exactly how my sister – a flutist who goes by her stage name JustAnotherFlutist on YouTube – was written about early on when she was in music school; ‘East meets west and takes a firm grip,’ the Vancouver Sun writer wrote in an article that has gone to the archives, but as I checked the website, the same guy was up to his same shenangians in 2014.

The thing is that I spent the last week reflecting and listening to students talk about what they thought the ‘model minority’ was. As far as I am concerned, if you really want to make a case that classical music is about the model minority, you first have to show me that the students invested in classical music are being pushed by white supremacists and their community elders (usually their parents) to be colonized elites. Colonized elites are supposed to be nice, subservient, docile, mechanical. They do not make YouTube videos like my sister. They do not suck you into their world like my sister-in-law, who is probably one of the best violinists whom I know walking the face of the earth; my spiritual father, as it happens, also appreciates the contribution of her alto voice to the All-Night Vigil every Saturday. They do not hug their parents with genuine affection, as these two freshmen did, when the recital is over. And they most certainly do not tear up the piano because they know themselves to be soprano and pit orchestra at the same time in a Mozart production, as audacious as Cortot and Gulda flying all over the piano like no one cares where they land in a Chopin etude, painters of dreams with Schumann and Debussy, and entering into the abyss of negativity with late Beethoven. As far as I am concerned, music that makes me react by quoting Žižek is not model minority music.

I am grateful to these two freshmen for inviting me to their recital. As I sat there, I felt like I had been given my past back. I am in Asian American studies; I am not supposed to talk about my supposedly bourgeois model minority upbringing where I feel like I literally grew up in recital halls because either I was playing (piano and trumpet) or I was there because my sister was playing the flute or my sister-in-law was playing the violin. But there I was, genuinely enjoying the music, realizing that this is the same kind of thing my sister does when she tears up the room with her avant-garde flute-playing, when my sister-in-law mercilessly sucks me into her dream-world with her violin playing, when I sat at the bench of the recital hall at Cal State Hayward’s music building screaming as an adolescent with my fingers at the piano that classical music is not meant to be respectable as I thundered through that Brahms rhapsody and that other Beethoven sonata and even that other Bach fugue.

The only other place I have had such musical intensity is at my temple in Richmond where Eastern Catholicism is seen, among other things, as a genuine musical challenge. We are not very good at singing, but we are getting better with both our accuracy and our intensity; four-part Galician tones, after all, is nothing less and nothing more than music considered ‘classical.’ It is in Eastern Catholicism that G-d gave me back the gift of music when I thought I had to forsake it as part of a model minority past.

But it was in the recital hall today that the Lord literally gave me the space that dominated my childhood back to me, reminding me of what the Asian Americans in my family had done there and what my Asian American friends and students were still doing there. We are not your nice model minority playing nice music to make you think we are civilized. No. We are here to tear up the room and grab you by the heart and take you to the place beyond civilization, to the primal depths where only music beyond words can go.

Thank you, Melody and Sophia, for giving me back the recital hall of my childhood. Maybe some time, you can come to church with me and join us Kyivans in the primal devastation that is the negative core of our musical tradition. 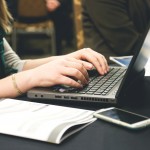 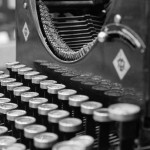 March 9, 2017 Why I Blog (Part 3): the Chinglican gag on A Christian Thing
Recent Comments
1 Comment | Leave a Comment
Browse Our Archives
get the latest from
Eastern Catholic Person
Sign up for our newsletter
POPULAR AT PATHEOS Catholic
1

Yes, It's About the White Supremacy
suspended in her jar
Related posts from Eastern Catholic Person