On Dreher, Peterson, and intellectual life

My family is in Canada, and I’ve already celebrated Thanksgiving with them in October. Accordingly, while I wish all of my American friends a very happy thanksgiving, today is a work day for me. Do not feel sorry for me; I am going home to Vancouver very soon and will be reunited with my loved ones. Before that, I’ll have to put in my hours.

This morning, while on the more intellectual corners of Orthodox Internet, I came across one of my friends who asked who was worse, Dreher or Peterson. I was finishing up some grading, and as is the custom among academics when under this kind of stress, I put in a comment. This was the result:

…Gavin James Campbell made the very astute point that there really are differences between the ways that Americans and Canadians think about our respective civil societies. I happen to have a foot in both, but I am not as good as articulating what the differences are. However, to risk a kind of methodological nationalism, it does seem to me that Dreher and Peterson both know what they are doing for the people who are reading them. Dreher has the ‘aw shucks’ southern genteel respectability down to a T, while being plainspoken; I could imagine this appealing to a certain kind of American audience. Peterson, on the other hand, has a veneer of thoughtfulness that plays well to Canadians. The problem with both is that beneath the rhetoric, there are loads of simplifications for both. As far as I can tell, Dreher thinks the problem with everything is eros, by which he means sex, which is not what eros is. For Peterson, everything seems to boil down to ‘postmodernist neo-Marxists,’ whereas the real fight we are having in the academy is with the posthuman new materialist ontological turn toward objects themselves being agentic. In other words, both are wrong, but both sell themselves as credible critics of the academy. Unfortunately, the last person putatively on the Right who could have been taken somewhat seriously as a critic of the academy was Allan Bloom. And he is, unfortunately, dead.

In a matter of minutes, another one of my friends had shared the comment. After a few hours, I thought I should put it here just as a matter of record.

I have indeed been thinking a lot about life as a public intellectual, academic, fraudulent, or otherwise. My comments here about Rod Dreher and Jordan Peterson – and Allan Bloom, for that matter – indeed reflect some of my more recent thinking, and in due course, I hope to develop these thoughts some more. In brief, I happen to think that Dreher doesn’t know much about eros, Peterson doesn’t know much about postmodernism, and both would benefit from another reading of The Closing of the American Mind. That book is not one that is sympathetic to many of my intellectual commitments, especially in Asian American studies. That is why I teach it, and I know other Asian Americanists who do as well.

But there are a few items that I wanted to clarify before I start doing that.

First,  if I can engage in some self-critique here of my hasty commenting, there is a way that you can possibly read the ‘posthuman new materialists’ as ‘neo-Marxists.’ But as far as I can tell, Peterson seems a bit unfamiliar with  Deleuze and Guattari, not to mention Braidotti, Barad, Meillasoux, DeLanda, Bennett, Haraway, and all the rest. Oh yeah, and Latour. Peterson seems more obsessed with Foucault, who for sure said that Deleuze and Guattari’s Anti-Oedipus was the next best thing to come to the planet, but I am not sure that attacking Foucault as a ‘postmodernist’ really gets at the central issues in the academy right now (or Derrida, for that matter, whom Peterson seems quite taken with).

Second, and following from my first point, for those who don’t know about current academic currents, there has been a sense since the 2000s that instead of trying to be entirely anthropocentric in our conception of consciousness, what we should be doing is engaging the nonhuman and the way that that stuff has agency of its own. This has gone by many names – actor-network theory, object-oriented ontology, posthumanism, political ecology, new materialism, the post-Anthropocene entry into the Chtuthulucene – and I am sure I am conflating them all. But I’m not really convinced about it because it seems to me that many scholars are just seeing their own agency mirrored in the things they study. There’s something psychoanalytically off about this, so the more that the academy heads in this direction, the more I find myself taking off in the opposite direction toward psychoanalysis, liberation theology, and anything else that has to do with consciousness.

Third, following from the recent fall-out from the outing of Ravi Zacharias’s inflated credentials, I feel compelled to clarify that I am no expert on this. I’ve discovered that my place in academic inquiry is to really suss out how people on the ground do their thinking and then point out why the academy has gaps in knowledge when it doesn’t acknowledge those practices of everyday life. I’m told if I’d read Spinoza, I’d understand all the new trends better. But I am not sure I want to be a trendy academic. I’m struggling enough as it is to be a good one. I’m just putting this all here as a matter of record.

One might wonder lastly what all this has to do with Catholicism, or Orthodoxy, or Eastern Catholicism. The answer is everything. For too long, these have been matters of the politics of identity. But I like to think that the churches have something to say about the current intellectual climate. Much of what is said from those in the churches, however, turns out to be a misreading of what’s going on, say, in the academy or even in public intellectual life. There is almost an evangelical need to save the intellect instead of engaging it. This strikes me as dangerous – a way for Christians across communions to become a laughingstock.

That’s all I have for today. Happy Thanksgiving, American friends, and to my Canadian family, see you all soon. 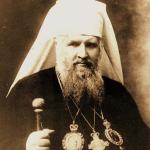