The broken mirror of social media (for Forgiveness Sunday)

Byung-chul Han despises social media. Part of it is that this form of self-publication is a perversion of writing. In Psychopolitics, Han first cites Latin theologian Tertullian on the concept of the publicatio sui, as quoted in Foucault’s Technologies of the Self: ‘Writing was also important in the culture of taking care of oneself. One of the main features of taking care involved taking notes on oneself in order to be reread, writing treatises and letters to friends to help them, and keeping notebooks in order to reactive for oneself the truths one needed.’ While ‘publicatio sui meant committing to the search for truth,’ Han’s problem with the Big Data of social media is that its users practice ‘self-tracking’:

The subject of today’s world is an entrepreneur of the self practising self-exploitation – and by the same token, self-surveillance. The auto-exploiting subject carries around its own labour camp; here, it is perpetrator and victim at one and the same time. As a self-illuminating, self-surveilling subject, it bears its own, internal panopticon within; here, there is no difference between guard and inmate. The digitalized, networked subject is a panopticon of itself. This ensures that each and every person has now taken on the task of conducting perpetual auto-surveillance. (p. 61).

Han even has this problem formulated in religious terms. He says that smartphones ‘represent digital devotion – indeed, they are the devotional objects of the Digital, period,’ that which materializes ‘submission’ and ‘obedience.’ The smartphone ‘works like a rosary – which, because of its ready availability, represents a handheld device too.’ Like a rosary, smartphones ‘serve the purpose of self-monitoring and control.’ On Facebook, ‘Like is the digital Amen. When we click Like, we are bowing down to the order of domination. The smartphone is not just an effective surveillance apparatus; it is also a mobile confessional. Facebook is the church – the global synagogue (literally, ‘assembly’) of the Digital’ (p. 12).

My spiritual father tells me that he got on Facebook when Russia invaded Ukraine. Facebook was where the news stories were being shared, so he got on to repost all the news. He does not post pictures of himself. I do, but usually of books and weird things in my house. But hearing my spiritual father’s story reminds me of the moment I joined Facebook late in my undergraduate years. Everyone in the history honors program at the University of British Columbia was on it, and I feared missing out. Suddenly, I had access to all my high school friends from California. I can’t remember when I started sharing news, but when I did, people thought that I worked on everything I shared. For the longest time, for example, people thought I was working on Mark Driscoll when I was sharing news of his demise. Facebook is supposed to be a mirror; where you are there is who you are in everyone else’s eyes.

I used to think that it was easy to break this mirror. I remember telling some friends that I share things to deflect away from my actual research. I work on Cantonese-speaking Protestants, and having interviewed them from across the political gamut, I was nervous about being open about my political views on social media. This posture changed radically for me during Hong Kong’s Umbrella Movement, when I came out decisively for it, but before that, my orientation toward Facebook was one of decided distance.

I made fun of people who were giving up Facebook for the Great Fast earlier in the week, but as the Great Fast rolls around, I can see some of the wisdom to it. Former Facebook executive Chamath Palihaptiya says that he wouldn’t let his children ‘use that shit,’ blaming the platform for the sharing of misinformation that has ripped civil society apart. Facebook, of course, is not the only platform; if life is so bad on Facebook where people can see your name, then what about 4chan where they can’t?

But the deeper I got into social media, I remember a new feeling I got, the same kind of thing that Han describes. Facebook is not only where I post stuff; it is where everyone else does too, and a scroll down the newsfeed produces all kinds of emotion that I didn’t know I had, moving quickly from happy to envy. Han is right: to let myself be sucked into the world of Facebook is to find myself in a hall of mirrors, with myself policing my own desires. The worst is when other people share their work process. The auto-surveillance kicks in immediately. What is my process? I find myself asking, as I don’t have one. Why am I not doing what everyone else is doing? The answer to that question is, of course, that I am not everyone else. Sometimes, everyone else might also be curating their image, or worse, straight up lying. To believe a lie in the way that Han describes would be to police my desires with a lie. In that case, it would not just be the case that I have been told a lie. With the mirror in place, I am telling lies to myself.

I share these thoughts on Forgiveness Sunday because if it is true that these technologies of the self have permeated our society – literally, our way of relating to each other – then the act of approaching someone after Vespers and asking for their forgiveness as the Great Fast comes in is a radical act. I have to look at my fellow person not as a mirror to whom I am comparing myself. They are icons of Christ, temples of the Holy Spirit, seeking restoration into the likeness of G-d after having been defaced by sin. The prescriptions of the church are not to quit Facebook or any other social media platform; it is to fast in a quite literal way, to abstain from vertebrates until Pascha. Like every year, I don’t know if I can really do this fully and am thankful that these are maximum requirements, not the minimum that has to be done or else I go to hell.

But perhaps such bodily training will help me with keeping the mirror broken. The training of the body reminds me that, quite unlike the claims of a number of Internet citizens, my home is not on the Internet. My home is my home, the one I live in with my body. It is where I eat, where I sleep, where I cook, and where I work. In this broader sense, the Internet is part of my life. But if it is truly the case that I encounter other persons there, then I have to talk to them. That means that they are not mirrors for me, and I am damn well sure that their curated entrepreneurial lives on social media are only a part of the whole. Put this way, Facebook is not the church. But maybe people in the church can use Facebook (and Twitter and Instagram and Pinterest and Snapchat and Reddit and 4chan), trampling its machinery underfoot so that we see it for what it is: a tool, a device, an object, a broken mirror that has covered an icon that lies beneath. 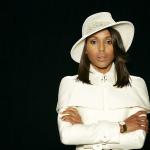