‘Third World Studies questions the very social formations that enable the study of religion’: with Melissa Borja on the Anxious Bench

Over at The Anxious Bench on one of our sister channels on Patheos, my friend and colleague Melissa Borja, a historian of race and religion in America at the University of Michigan, Ann Arbor, has an interview with four of us, her colleagues in this field, about the impact of ethnic studies on religious studies. She asked us about it in the context of the fiftieth anniversary of the Third World Liberation Front strikes in the Bay Area in 1969, which were the movements that gave us the disciplines in which we work.

Here’s the first part of what I said:

In Racial Formations in the United States, Michael Omi and Howard Winant have one of the best takes, I think, on why the interrogation of racial formations has been so central to American studies. Calling the Civil Rights Movement the beginning of ‘the great transformation,’ what Omi and Winant help us to see is that by calling attention to race, what began in the 1950s led to what they term the ‘politicization of the social,’ the revelation that there were multiple inequalities and oppressive structures – gender, sexuality, religion, age, ability – on which American society was founded and that there were multiple ways to reckoning with these legacies. The Third World Liberation Front, which gave birth to what we now call ‘ethnic studies’ (but which the historian Gary Okihiro argues should be called Third World Studies), was a radical movement that framed oppression in American society as overflowing the borders of the United States, a much broader geographical vision than the Civil Rights Movement had (at least as it was popularized, as Martin Luther King, Jr. had a rather radical international vision of decolonization and the problems of American militarization around the world too). Racial formations are not just an American problem; the international order itself has since the dawn of modernity and the age of European expansion been constituted by what the sociologist W.E.B. DuBois calls the ‘global color line.’ The disciplines that were born from the Third World Liberation Front – Asian American studies, African American studies, Chicano/Latino studies, Native studies – were not originally interested in how people of color fit into the American social and political order. They were interested in what these peoples do, can do, and have been doing for themselves around the world and how peoples of color in the United States could be part of a movement of global solidarity with them.

For the stuff on religion, continue reading at The Anxious Bench. 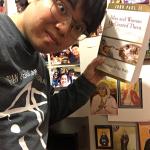 April 1, 2019
Mindy's mystagogy: learning the theology of the body through Melinda Selmys
Next Post 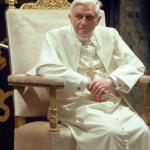 April 12, 2019 On the perversion of the eucharistic body: the pornographic society in Benedict XVI's letter on sex abuse
Recent Comments
1 Comment | Leave a Comment
Browse Our Archives
Related posts from Eastern Catholic Person