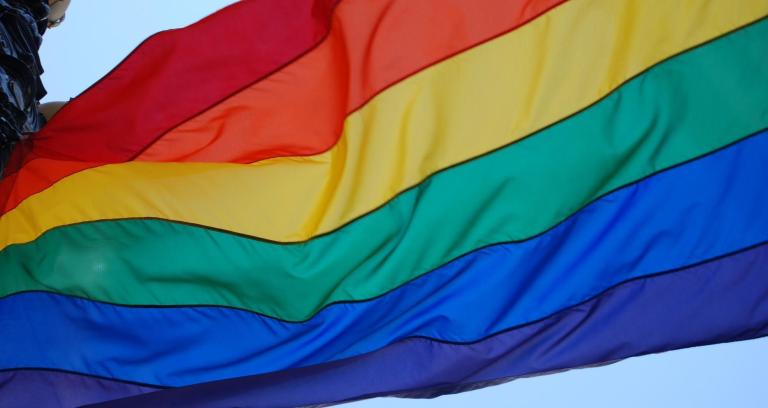 Not because He sometimes makes mistakes. Not because He enjoys to watch them live lonely, frustrated, unfulfilled lives. And not to give Christians a chance to practise their praying skills. Read more >

The Bible is part of an ongoing story of God moving towards his people, and human culture moving very, very gradually towards God in an ever-expanding consciousness. Since the very beginning God has been pulling us forward, showing us better and better ways to be human. We’ve come a long way and we’ve got an awfully long way to go, but each breakthrough in equality and justice is a step towards God. Accepting gay people as equals is the next big step. Read more >

A Biblical Case for the Support of Same-Sex Marriage

One of two statements is often heard in regards to an individual’s position on same-sex attraction, which can be paraphrased as: “I take the ‘traditional’ view because I believe what’s in the Bible” or “I take the ‘reformed’ view because of a family member or friend”. However, both views have the support of biblical interpretation. Those taking the ‘reformed’ view do not reject biblical authority, but have a different interpretation of the texts to those who take the ‘traditional’ view. Read more >

On Today Of All Days: a letter to LGBT+ people in the wake of the Orlando shooting

On today of all days, there are some things I need you to know. You are a remarkable, endlessly fascinating and astonishingly beautiful creation. Every breath you take, every moment of your life is infinitely precious and you are loved more than you will ever know. And you are entitled to fall in love with, kiss, hold hands with, marry, have babies with and grow old with whoever you like. Read more >

I’ve just seen a news article showing the faces of those killed in the Pulse Night Club on Saturday night. Have you seen it? Face after face; beautiful, young, LGBT+ people, their eyes full of light and life. Lives so precious, unique, fragile, sacred. Each one reflecting the image of their Creator. Each one a beloved son or daughter. Their loss is a gaping wound, a searing pain, an everlasting ache. Read more >

Homosexuality and the Bible: An Epic Conversation with my Anti-Theist Brother

…From my point of view, the bible is a text which overtly condemns homosexuality in a number of places and there’s no way of getting round that! This is alongside the passages condoning slavery, mysogeny, violence and other less-than-humanistic activities. Read more >