Pagan Jokes: Something to Offend Everyone

Pagan Jokes: Something to Offend Everyone August 19, 2015 Katrina Rasbold 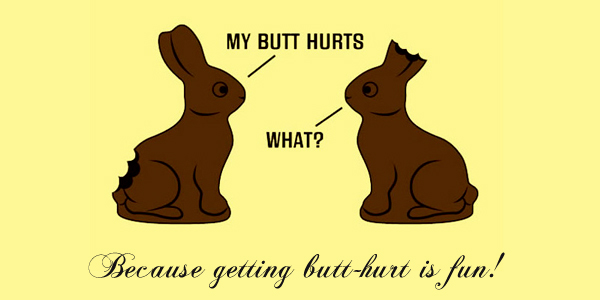 Insert your tongue firmly into your cheek and go for this rollicking ride through irreverent Pagan jokes if you dare because let’s face it, if we take ourselves too seriously and resist mocking our own stereotypes, we are no better than “they.” These are not all my own creations (some are), but are common Pagan cultural canon. No copyright infringement is intended or suspected and any teasing is meant with love. So here we go.

What is the difference between New Age and Pagan?
Around $500.00 a weekend.

What is the definition of a saint?
A dead liberal who is worshiped by living conservatives.

What do you call 13 Witches in a hot tub?
A Self-Cleaning Coven

What is one thing Homeland Security never worries about?
An airplane being hijacked by a group of radical Unitarians.

What is the definition of Atheism?
A non-prophet organization.

What do you call a dating club for unattached Witches?
Craft singles

The Goddess is alive and She ate my homework.

Please hold. All muses are busy right now, but your inspiration is important to us…

Proof that M&Ms are Pagan:

Round shape for wheel of the year, cycle of seasons

Skins are different colors, but the inside is the same chocolate, because we are all related

Upright: M = 13th letter of alphabet and there are 13 witches in a coven

How many Dianics does it take to change a light bulb?
One hundred fifty one — One to change the light bulb, one hundred to prepare the environmental impact statement, and the rest to do a self-criticism afterwards…

How many Druids does it take to screw in a light bulb?
They don’t screw in light bulbs, they screw in Stone Circles.

How many Sumerians does it take to change a light bulb?
Thirteen. One to hold the bulb and twelve to drink enough to make the room spin.

How many British Traditional Witches does it take to change a light bulb?
Can’t tell you. It’s a third degree question.

How many Alexandrian Witches does it take to change a light bulb?
I don’t know, let me ask a Gardnerian.

How many online school initiated Wiccans does it take to change a light bulb?”
One! Just you! That’s right, YOU! And for only $195 we’ll send you our complete “Witches Magic Power of Light Bulb Changing Course” with real knowledge that you can apply this to ANY light bulb ANYWHERE! Listen to the testimony of a young couple from Wisconsin who…”

How many Pagans does it take to change a light bulb?
Six. One to change it, and five to sit around complaining that light bulbs never burned out before those damned Christians came along and stole them.

How many Witches does it take to change a light bulb?
That depends. What do you want it changed into?

How many reconstructionist Pagans does it take to change a light bulb?
Fourteen. One to do it, one to write poetry about it, and twelve to hold a Council and decide whether or not the poem is authentic.

How many  Sex Magic practitioners does it take to screw in a light bulb?
Only two, but they have to be very small.

Why Did the Chicken Cross the Road?

Alexandrian/Gardnerian: To reveal this would be to break my oath of secrecy. I can say, however, that it is an ancient rite, dating far back in time to 1951, and I have learned it from an unbroken lineage.

Asatru: First, we don’t believe in a “One Chicken” or a “Hen and Rooster.” We believe in many chickens. Second, “crossing the road” is part of the three levels, or worlds, and the chicken simply crossed from one level to another. Hail to the Chickens!

British Traditional: The word “chicken” comes from a very specific Old English word (“gechekken”), and it only properly applies to certain fowl of East Anglia or those descended therefrom. As for the rest, I suppose they are doing something remotely similar to crossing the road, but you must remember that traditional roads are not to be confused with the modern roads….

Celtic: In County Feedbeygohn on Midsummer’s day, there is still practiced St. Henny’s Dance, which is a survival of the old pagan Chicken Crossing fertility rite. Today, modern Pagans are reviving the practice, dedicated to the Hen and the Green Rooster.

Ceremonial Mage: “Crossing the road” is a phrase that summarizes many magical structures erected and timed by the chicken to produce the energy necessary for the intention of the travel across the road. For example, the astrological correspondences had to be correct, the moon had to be waxing (if the chicken intended to come to the other side of the road) or waning (if the chicken intended to flee to the other side of the road), and the chicken had to prepare herself through fasting and proper incantations. Note: certain forms of invocation (summoning an egg *inside* your chicken self) can produce abnormal or even dangerous eggs and should only be conducted inside a properly erected barnyard….

Chaos Magician: Thinking in terms of “roads” and “crossings” is simply looking at the formal, typically perceived structure of chicken crossing space-time. We, instead, focus on the possibility of chicken crossing itself; what appears to be a random act is thus actually the norm —- it is the **road** which is the freak of chance. Indeed, quantum mechanics now demonstrates what we knew all along: two roads can simultaneously exist in the same place at the same time. Thus, by attuning ourselves to the dynamic energy (called “crossing”), we can manifest the road. Of course, to the knowledgeable, this appears as a chicken crossing the road.

Dianic: The chykyn (“chicken” is term of patriarchal oppression) sought to reclaim for herself the right to be on the other side of the road, after it had been denied to her for centuries. By doing so, she reawakened the power of the Hen within herself.

Druid: To get to the sacred grove, of course. Keep in mind that 99% of everything written about chickens-crossing-the-road is pure hogwash, based on biased sources. Yes, there were a few unfortunate chicken sacrifices in the past, but that is over now…

Eclectic: Because it seemed right to her at the time. She used some Egyptian style corn and a Celtic sounding word for the road and incorporated some Native American elements into her Corn-name, Chicken-Who-Dances-and-Runs-with-the-Wolves.

Feri: In twilight times and under sparkling stars, those properly trained can still see the chickens crossing the roads. Reconnecting with these “fey-fowl” as they cross is crucial to restoring the balance between the energies of modern development and living with the earth.

Hipster Pagan: It is a special breed of chicken. You probably haven’t heard of it.

New Age: The chicken crossed the road because she chose this as one her lessons to learn in this life. Besides, there was so much incense and bright, white corn to explore on the Other Side.

Online Pagan Discussion Group: What do you mean why did the chicken cross the road????!!!??? Haven’t you read **any** of the previous posts? We’ve been [expletive deleted] debating every word of that question, painstakingly trying to come to some kind of answer. I know you wrote all i wnted to know was why chickens cross the road, i’m not looking for any chicken spells but I’m fed up with newbies who can’t even bother to REEEEEEEEAAADDD the posts on that very topic! No, this is *not* a flame. But, I and several others here have the *maturity* to properly explore and respond to this question, and we were properly trained; we *didn’t* just read a book and think we were full-fledged chickens. GAWD. I am going offline for a while. I can’t stand the negativity here.

Voudon:  Because it found Marie Laveaux’s non-existent spell book and did not like where the ritual was heading.

Wiccan: The chicken crossed the road because she felt like she was finally “coming home.” She could do it alone or with others, but she had to call to the Guardians of the Watchtowers of the Barnyard first.

August 12, 2015
8 Vital Considerations When Forming A Magical Group
Next Post

August 26, 2015 Josh Duggar: Why He Is Relevant to Pagans
Browse Our Archives
get the latest from
Witch at the Crossroads
Sign up for our newsletter
POPULAR AT PATHEOS Pagan
1

Creating Spirit Ally Relationships With Your...
3 Pagans and a Cat
Related posts from Witch at the Crossroads 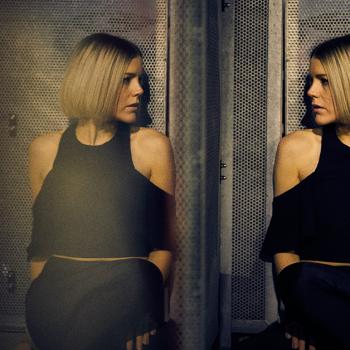 Pagan
Reincarnation: A Different Take on Multiple Life Experiences
Witch at the Crossroads 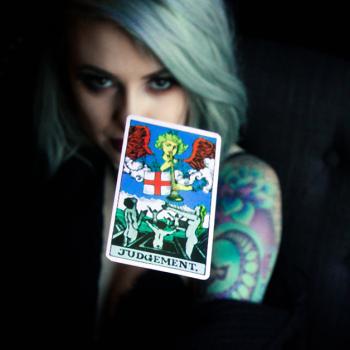 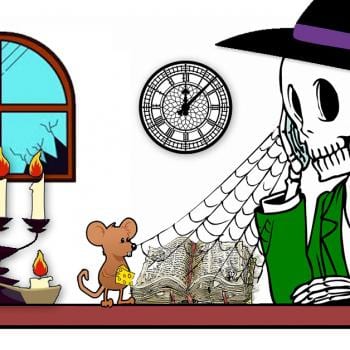 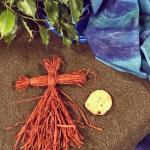 Brigid, A Time of Pledges: Responding to the...
Making pledges to Brigid is a tradition in Reclaiming Witchcraft and a...
view all Pagan blogs
Copyright 2008-2020, Patheos. All rights reserved.