Idol-worshiper: Who Is and Who Is Not?

The Abrahamic scriptures not only condemn idol-worshiping, but also carry strict warnings against it. Yet the definition of the term “idol” continues to remain enwrapped in quasi-obscurity.

The author wrote this article to stimulate discussion on the topic of idol-worship, including the author’s personal life experiences, to gain a better understanding and maybe an empathic perspective.

In Victorious Living’s article titled “How to destroy an idol,” an idol is described as something that is not true, something to which we attach inaccurate importance, improper worship, and/or undue worth. However, on the point of “improper worship,” who is to decide what is proper and not proper?

Padma Kuppa in her Patheos article wishes Hindus to distance themselves from the terms “polytheist” and “idol-worships.” Her concern is to find an acceptable fit with monotheistic and exclusivist Christians, Jews and Muslims (Abrahamic) in America.

As per the descriptions in the Bible and the Koran and in practical sense, Hindus are polytheist, idol-worshipers and pray to “other gods.”

In the author’s view, Christians too should be considered polytheists since they believe in the trinity; LORD God, Jesus as a Son-God and the Holy Spirit. Moreover, they can also very well qualify as idol-worshipers since wood and gold crosses, idols of baby Jesus, Mary, John, Paul, Peter, and Santa etc. are sacred to them. So, how are Christians different from Hindus?

Why is it wrong to wield divine powers to an idol or an image, which has been regarded as one of the many expressions of God?

Who is to decide whether it is a sin to see God in different forms or in a way different than the one depicted in one’s scripture?

Just like any other individual, the author is a man with a wandering mind, and therefore needs a focus point to pray.

When the author visits a Hindu temple, he expects to have “darshan” (vision of the divine) through the multiple idols (correct word is deities) and will humbly bow to every one of them. If this is not an ample gesture of “idolatry” on behalf of the author, he also visits Jain and Buddhist temples and pays respect to many more “idols.”

Further, the author has bowed to Jesus and Mary’s “idols” and has taken part in the holy communion.

The author has also prayed in a mosque facing the direction of the Islamic “idol,” the Kaaba (Black Cube).

The author was disappointed for not finding a focus point in the synagogues. However, he later learnt that the Jewish people use a candle or Star of David (idol) to pray during the Sabbath.

The word idol is perceived in different ways by different people. A Christian radio station once described “idolatry” as being “idle” and clumped it together with praying to the cross without having the faith, with being an alcoholic, a drug addict and with other such lowly associations. If such is the definition of idolatry, then the author definitely doesn’t fall in the category of an idol-worshiper, for he loves to live a very active life, and rarely sits idle.

The author prefers to channelize his energy working for the betterment of the society instead of pursuing the agenda of religious institutions or trying to please God. However, to an intolerant Abrahamic who has an allergy to the word idolatry, the author would gladly profess to be a proud idol-worshiper.

The Hindus have the complete liberty to pray to God in any form or manner. Mount Kailash, the river Ganges, the monkey God Hanuman, the elephant God Ganesh, the Sun and the Moon, Mother Earth and several plants and animals are all sacred to the Hindus.

A reverence for the spiritual origin of all creation is at the core of the Hindu belief system, where everything, from an insignificant worm to the highest peak and the furthest star are interconnected to our life in an esoteric way.

By the law of association, a physical image conjures up a mental idea, which in turn, could transform into a symbol for something mystical. It is in this way that an external thing may become emblematic of something profound and godlike. So, if someone can realize the divine with the help of an idol, why should it be regarded as blasphemous?

During his childhood, the author saw his mother visit several Hindu temples, offer flowers to some sacred rocks, tie a red thread around a Peepal tree trunk, water a holy Tulsi shrub and even bow to a cow and proffer it some freshly cooked chapatis. Whatever her approach may have been to connect to God, the author certainly learned from her to respect any and everyone, including Mother Nature and animals.

The Hindu greeting of “Namaste” means “I see the divine in you and bow to it.” How beautiful!

The author is so proud to have been taught the Hindu philosophy of seeing God in everyone, be it his boss or servant.

Respect for others and nature around us will certainly make this world a better place to live, rather than being exclusivist and human-centric.

Swami Vivekananda had no reservation associating with the word idol. He once stated, “If such (his guru) Ramakrishna Paramahamsas are produced by idol-worship, what will you have—the reformer’s creed or any number of idols? Yes, idolatry is condemned! Why? Nobody knows. Because some hundreds of years ago some man of Jewish blood happened to condemn it? That is, he happened to condemn everybody else’s idols except his own.”

By reading the Bible and the Koran, the author learned that Abrahamic faith scriptures provided no tolerance for idol-worshipers and for the believers in “other gods.” In the author’s humble opinion, it is this kind of ‘my way or the highway’ attitude which mars the intrinsic greatness of a religion.

The first of two of the Ten Commandments state that there is no god other than the LORD God and if you pray to other gods, the LORD God will punish you for several generations. (Exodus 20:3-5) The Bible states, “Our God is greater than all gods.” (II Chronicles 2:5) Jesus said, “Who is not with me is against me.” (Matthews 12:30) Further, He added, “No one comes to the Father except through Me.” (John 14:6)

Jesus said that he is the Son of God, (Luke 22:70) while Allah (God) forbids that He Himself should beget a son! (Koran 19:34) Allah said, “believers take neither Jews nor the Christians for your friends.” (Koran 5:51)

Reverend Franklin Graham claimed, “Muslims do not worship the same God the Father I worship. I think Mohammad only leads to the grave. I don’t believe that you can get to heaven through a Buddhist or Hindu faith.”

So, when or where will these “us against them” debates end?

To add to the debate, Lord Krishna also stated “I am the beginning, the middle and the end of all beings,” (Geeta 10:20) and “those who are devotees of other gods and who worship them with faith actually worship only Me, but they do so in a wrong way” (Geeta 9:23) and “As all surrender unto Me, I reward them accordingly. Everyone follows My path in all respects.” (Geeta 4:11) In this case, is Krishna’s message any less exclusivist than that of Christ and Allah?

The author expects Hindus to get upset and counter by saying Lord Krishna’s message in Holy Geeta was not exclusivist. I agree. Likewise, an Abrahamic may claim that their scriptures are not exclusivist, but it should be interpreted with its context.

The author will let the readers be the judge for both sides of the arguments.

How to deal with scriptures?

Scriptures cannot be changed now, but we must learn to interpret them in the context and historical significance.

It is possible that Jesus may have made a few exclusivist statements, and others may have over-interpreted or misinterpreted him. Actually, Jesus himself never used the word “idol” or “other gods” in any of his direct messages.

It is difficult to believe that Jesus, who changed the Second Commandment of jealousy and anger to—“Love thy neighbor” (Matthew 22:39)—would ever recommend sending Mahatma Gandhi to hell just because Gandhi was not baptized or did not endorse Jesus as the true saviour.

Are the LORD God, God the Father, Jesus as the Son of God, Allah, Krishna, Goddess Laxmi, Buddha, the Golden-Calf and many more deities just different expressions of the SAME God, or are they different superpowers?

Whose claim on the true identity of God is right and true?

Maybe it is time we grow up and be a true pluralist.

Readers, here the author has no intention of hurting anyone’s religious feelings. This article is written only in the context of interfaith marriages hoping the couple will learn to share and respect each other’s belief with equality. If anyone feels any statement made here is misleading, do share your views below.

The author is planning to write a series of articles to help interfaith couples make fully informed decisions. Please read 10-Key points, 15-FAQs, Circumcision, Marriage Laws and Discrimination of own type. Please sign up for the author’s newsletter. 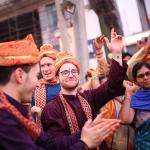 August 3, 2022 Follow Jesus, Not the Church
Recent Comments
0 | Leave a Comment
Browse Our Archives
Related posts from Equality For Happiness 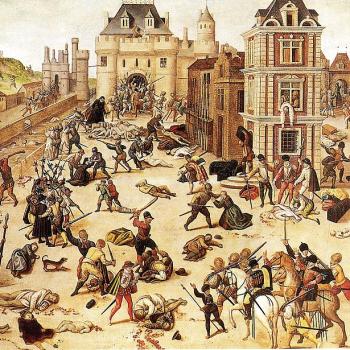 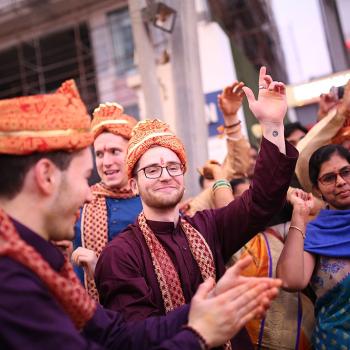 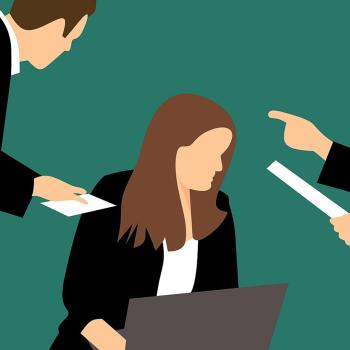 Family
Meera versus Margaret: Discrimination of Own Type
Equality For Happiness 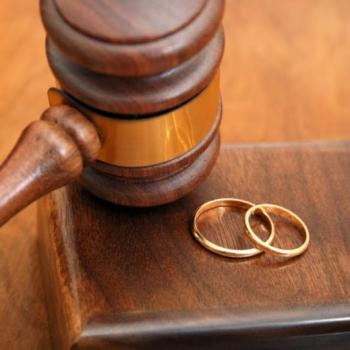