Ridin’ With Biden–On The Road To Perdition? 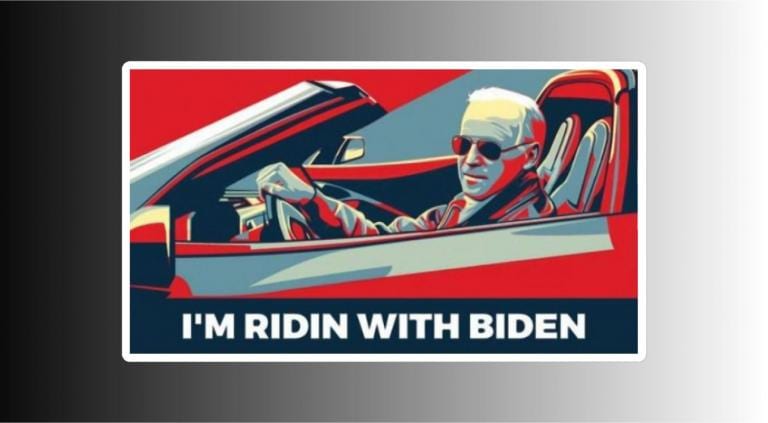 So much chatter about this that I thought I would put my own two cents in. It’s not that difficult, really. Trying to see into Biden’s soul is impossible and not right for us to do. Attempting to say why Biden or Trump may be a better president than the other one would take a different kind of article. But saying whether Biden is representative of who and what a good Catholic should be is easy. Is Joe Biden a good Catholic? Objectively speaking–No.

Biden’s Catholicism Is Important Because He Has Made It Important

Whether Trump is a good person, a good Christian or whatever is not at issue here. Joe Biden’s Catholicism is crucial because he proclaims it as important. He describes himself as a devout, practicing Catholic. He prays the Rosary; he goes to Mass, even when he is denied Communion. He invites this scrutiny, and every Catholic who votes needs to take his views seriously because he does. But his Catholicism is more cultural than faith based. How can one tell? Because several of his views are diametrically opposed to what a Catholic must believe. He does not seem to have a problem with that dichotomy. In that, he is like many cultural Catholics, except that he is running for President and using his religion as an excellent reason for the large Catholic population to support him. Shouldn’t Catholics know whether he is in line with major Church teaching and morality? There are at least three areas of concern and a possible fourth.

The Worst Offense–Denial Of The Right To Life, The Most Important Right

First, over the years he has become pro-abortion, not simply pro-choice. His views on the matter are now indistinguishable from his running mate Kamela Harris. Together, they have put together the most pro-abortion ticket ever seen in national politics. In essence, this presidential team is for abortion without any restrictions up until and including the moment of birth. If elected, the unborn would not be protected. The reality of their stance is irrefutable, and no Catholic in good standing could possibly hold this position.

There is a hierarchy of rights, and the right to life tops them all. It is the cornerstone of human rights. One cannot say, “Okay, he’s wrong in this area but he’s pro-life everywhere else,” and give him a pass. Without the defense of the unborn and those who have no voice, a person’s protestation that they are pro-life is hollow. Hitler made great automobiles, especially the Volkswagen, but his renewal of the German economy will never whitewash his horrific decision to wipe out Jews, homosexuals, the disabled and anyone else who disagreed with him. He’s just bad, and nothing else good that he did redeems him of his guilt for the Holocaust. The right to life is not one right among many; it is the most important of human rights.

Second, Biden disparages religious liberty. To talk out of one side of his mouth praising the nuns who taught him, and at the same time say he will work to force nuns to pay for contraceptives and abortifacients in their health insurance to employees is an incredibly hypocritical position. Let’s see, the nuns gave him values in the past, but the particular value of the conscience clause of the nuns is a value he doesn’t like. He’s willing to use the power of the state to deprive them of the actions of their consciences and, in effect, deprive them of their religious liberty.

Third, not enough attention has been given to Joe Biden’s boundary issues and sex assault allegation. He has held himself up as a devout and practicing Catholic, but the clear boundary issues with young people and the serious sex assault charge would instantly remove a priest from his ministry, a boy scout leader from his leadership position, a policeman from his or her duty roster, and even a teacher from his or her vocation. In this time of #MeToo and the horror of sexual abuse in our culture, the pass that Joe Biden has been given is simply amazing. What would be a serious issue for anyone else seems to be nothing for him. It is also stunning that church authorities have not called out for an investigation, or at least separated his Catholicity from his behavior. But it is no more stunning than Hollywood celebs and political types suddenly falling silent in their criticism as well.

Biden Opens The Door To Anti-Catholicism

There is a possible fourth reason that deals more directly with his running mate, Kamela Harris. Biden has permitted a staunch anti-Catholic to be put on his ticket. Her hatred of the Knights of Columbus, her treatment of Justice Brett Kavenaugh, and other Catholic judge candidates, as well as her well-known anti-life views makes her the most anti-Catholic bigot to be placed on a national ticket in modern times. It says a lot about Joe Biden’s Catholicism and the strength of it that he would allow someone like this o be his running mate. Given the health concerns with Biden, it is quite possible she could end up being President and he would have been responsible for putting 22% of the population of our country in the crosshairs of an anti-Catholic bigot.

Can A Catholic Go Ridin’ With Biden?

Taken all together, these reasons call into question the objective quality of Biden’s Catholicism. He may be like other cultural Catholics, sincere but clueless as to what a Catholic needs to believe. But all Catholics deserve to know whether his stances on issues make him a good representative of Catholicism. They do not. So can a Catholic vote for Joe Biden? I know I cannot. But if a Catholic decides to jump in the car and go Ridin’ with Biden, they better put their seat belt on, because that vehicle is going to travel far off the narrow road Christ talked about. Ridin’ with Biden will take one to destinations dangerous, locations treacherous, and places that even the Prodigal Son would have trouble escaping from. Are you going to be a better Catholic with the values Joe espouses, or are you going to hold fast to the faith of Christ given to and taught by his Church? That’s what a Catholic needs to decide this year before they mark their ballot.

July 8, 2020
Plague Consequences: The Unchurching Of Catholics And What To Do About It
Next Post