Israel’s Proprietorship of God and His Creation

Israel’s Proprietorship of God and His Creation January 13, 2012 Joel Willitts 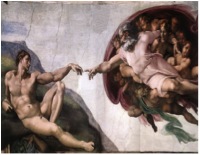 Have you ever thought about the fact that our access to the knowledge of God and creation are mediated by the story of Israel? Both the God we know (He’s known as the God of Abraham, Issac, and Jacob) and the world He made are Israel’s proprietorship. 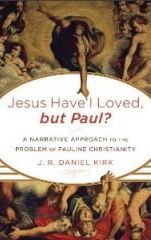 Daniel Kirk in his new book Jesus Have I Loved, but Paul?: A Narrative Approach to the Problem of Pauline Christianity makes an important observation that I share.

Reaching back to the beginning of all things, Israel told the story of the world, and of people in it, as the prelude to its own story. In fact, Israels unfolding drama reads as the story of one nation that God has chosen to play the role that God had first assigned to humanity as a whole (12).

Simply put, the story of humanity is the story of Israel. While it may appear counter intuitive, the larger human story, the story of the nations, is subsumed into the more particular Israel story. That story of course has now been brought to its completion in the story of Jesus (e.g. Scot McKnight’s King Jesus Gospel).

I have made a similar point when discussing the issue of the first and second Adam in Romans 5. See post here. Paul there doesn’t skip over Israel back to Adam when connecting him to Jesus as the second Adam. Far from it! Paul’s connection to Adam travels straight through the story of Israel – through the Messiah, nation, Abraham to Adam.

I am participating in a blog tour of Kirk’s book. I’ll be posting on Kirk’s final chapter on Jan 20th. You can see posts on earlier chapters here.

January 13, 2012
Michael Gorman: Participation and Mission in Paul
Next Post

January 14, 2012 Setting the Captives Free: Churches that Raided Slave Ships
Recent Comments
8 Comments | Leave a Comment
"Very good and helpful article, succinctly sums up the core ideas of biblicism. Contrary to ..."
Alin Christoph Cucu What is Biblicism?
"I am sorry, but a theologian with Dr. Richter's reputation, training, and influence should not ..."
Chris Arch Sandra Richter Responds to John Piper
"Protestants are great about denouncing the "infallible" pronouncements of Catholic popes...except when it comes to ..."
Gary M The Case for the Dynamic View ..."
"The Koran and The Book of Mormon have more evidence supporting their divine inspiration than ..."
Gary M Plenary Verbal Inspiration and its Problems
Browse Our Archives
get the latest updates from
Euangelion
and the Patheos
Evangelical
Channel
POPULAR AT PATHEOS Evangelical
1