Faith amidst Cynicism and Skepticism 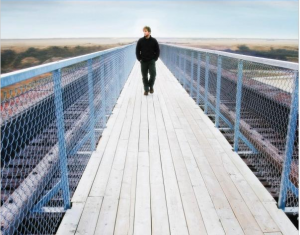 Today’s world is cynical of all things not least of faith. Even the most sympathetic to the Christian faith struggle with the sense of certainty. In a world as pluralistic as ours, it is difficult to feel any real sense of certainty about what we personally believe. We are often plagued by the questions of social conditioning and historical context. “What if I believe what I believe simply because I grew up in the Bible Belt”, for example? Or “Have I been predisposed to believe because of the home I grew up in and the world around me that supported those beliefs”? Or “Would I have lived in another time and another place would I have been a Muslim instead?” Questions similar to these often plague people of faith. What’s more, these kinds of questions are the meat and potatoes of skeptics.

Others have become disillusioned and cynical because of their experience of the Church. For some there is a deep wound os some kind hidden behind a sharp cynicism of organized Church.

I think, however, that having faith is superior to cynicism and skepticism. Here are six reasons.

For anyone struggling with skepticism an excellent book I’ve recently read is Daniel Taylor’s The Myth of Certainty. It has been out for a while, but still as relevant as it was a decade ago, perhaps even more so in the second decade of the 21st century.