Is it Bigotry to Advocate Gay Marriage but Oppose Polyamory? 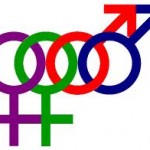 If you are going to regard marriage as nothing more than a legal fiction whereby the state recognizes a relationship between two persons so that said persons can have certain legal rights and recognitions, then to be honest, you have evacuated yourself of any moral or legal argument against polyamory. This issue has recently come up in the gay marriage debate in Australia.

The Australian Newspaper reports that:

THE Greens face a backlash from polyamorists outraged after senator Sarah Hanson-Young rejected their aspirations for equal rights in her bill to legalise gay marriage.

The blogosphere has been full of vitriol, with postings from participants in menages-a-trois and other plural relationships who feel dejected since Senator Hanson-Young said the institution of marriage should involve only two consenting adults.

One grieved polyamorist wrote this on Hanson-Young’s facebook page:

The first time in a long time the Greens have disappointed me,” Tracey Kerr wrote on Senator Hanson-Young’s Facebook page. “I know that it might be politically expedient to cast us poly people out but true marriage equality should let the people getting married decide what their family looks like.

May 27, 2012
The King's College Conference on Douglas Campbell's DOG is now On-line
Next Post