Beginning it is, of the Baptist Wars! 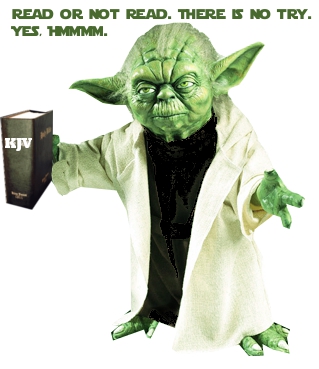 Is it me, or are the underlying tensions in the Southern Baptist Convention about Calvinism beginning to get a little more … tense?

The election of Frank Page to the SBC presidency a few years ago gave some currency to the anti-Calvinist camp. I’ve noticed that in the last few years that Broadman & Holman is producing a lot of Arminian and Dispensationalist books with only a few token Reformed pieces like Jim Hamilton’s book God’s Indwellling Presence. More recently, a group of SBC leaders signed and disseminated a document called, A Statement of the Traditional Southern Baptist Understanding of God’s Plan of Salvation. It claims that historically the SBC “majority” has tolerated Calvinism but overall resisted it. It seeks to interdict any effort to make Calvinism, of any variety, normative or authoritative in the SBC. Now I have a few problem with this statement. First, I don’t recognize the Calvinism that they are denying, it’s certainly not mine, nor most Calvinists I know. Second, I thought Baptist’s believe that each believer and each church had the right to make up their minds about non-core doctrine and the denomination was a loose confederation of independent churches, so who cares if one churches is Calvinist or not, you are not your brother’s keeper.

The Baptican blogosophere is a flutter with posts on this subject. See TGC, Al Mohler, Denny Burk, Roger Olson, and Patrick Schreiner to name a few.

The SBC has many diverse tribes. A friend once gave me David S. Dockery and Timothy George’s book Building Bridges, which was not only very eye-opening about the history and dynamics of the SBC, but also presented a very compelling call for Christian unity in the SBC.

My fear is that the loose alliance of tribes in the highest echelons of the SBC is breaking-down and there will be a long and painful Calvinist purge, probably shortly after Al Mohler retires from Southern Seminary. While the conservative resurgence was a force for orthodoxy against liberalism, I get the feeling from my circle of friends and prior reading that the resurgence also cultivated an insatiable and addictive appetite for purges. Once you get rid of the moderates and charismatics, who else can you go after? The next theological minority! The Calvinists!! It seems that for the moment the Calvinists are begrudgingly tolerated, but the silent grudge against them will one day be aggressively vocalized, perhaps it has already begun.

Beginning it is, of the Baptist wars!

June 8, 2012
More Women for ETS in Milwaukee
Next Post