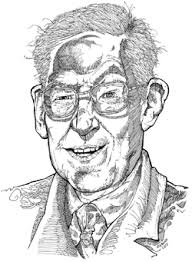 According to J.I. Packer, we need to re-think the meaning of divine impassibility (note that this was before the “Open Theism” wars). He writes:

“This conception of God [as impassible] represents no single biblical term, but was introduced into Christian theology in the second century. What was it supposed to mean? The historical answer is: Not impassivity, unconcern, and impersonal detachment in the face of the creation. Not inability or unwillingness to empathize with human pain and grief, either. It means simply that god’s experiences do not come upon him as ours come upon us. His are foreknown, willed, and chosen by himself, and are not involuntary surprises forced on him from outside, apart form his own decision, in the way that ours regularly are. This understanding was hinted at earlier, but it is spelled out here because it is so important, and so often missed. Let us be clear: A totally impassive God would be a horror, and not the God of Calvary at all. He might belong in Islam; he has no place in Christianity. If, therefore, we can learn to think of the chosenness of God’s grief and pain as the essence of his impassibility, so-called, we will do well.”

October 26, 2012 Two Historical Theology Books from IVP
Recent Comments
5 Comments | Leave a Comment
Browse Our Archives
get the latest from
Euangelion
Sign up for our newsletter
POPULAR AT PATHEOS Evangelical
1