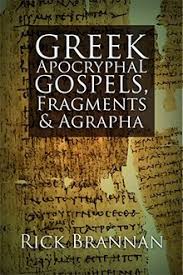 Logos is about to publish a great couplet of books on Apocryphal Gospels by Rick Brannan.

Now these are not critical editions by any stretch, but they are useful resources for being able to look up Greek and English texts of the Apocryphal Gospels and get a heads up on what they are about. Brannan is fairly careful in how he uses fragments as witnesses to Gospels, for example, he notes that P.Oxy 1224 only has a tentative connection with the Gospel of Peter.

The Apocryphal Gospels are significant for what they tell us about the Gospel tradition and Christian origins. These two books on Apocryphal Gospels by Rick Brannan are a great pair of resources for anyone who wants immediate access to reliable texts, translations, and introductions on their PC or tablet of non-canonical Jesus literature. So well done to Rick!

February 23, 2013 Lent Prayer
Recent Comments
0 | Leave a Comment
Browse Our Archives
get the latest from
Euangelion
Sign up for our newsletter
POPULAR AT PATHEOS Evangelical
1

Evangelical
The Fundamentalist War on Wokeness is a War...
Euangelion 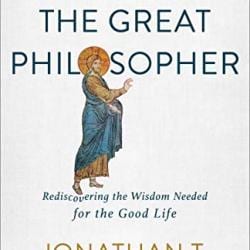