Roman 1:18-32 could be called “Mapping the Crack Shack of the Human Heart. ” Here is my paraphrase, comments welcomed!

In speaking of God’s saving justice, we cannot forget his punitive justice against evil either. For the righteous rage of God is even now being revealed from heaven against all who act without recourse to God and who descend into utterly wicked ways. I’m talking about those people who suppress the truth about God because they cannot handle God, even though he is there as plain as day before them, as evidenced by the beauty of nature and in the design of the created order. Since the dawn of time, people have seen the invisible God by the finger print that he left on his creation. Deep down they know about his everlasting power and his divine nature, as it is written across the book of nature, and yet they choose not to see it, and leave themselves without excuse for their escapist fantasy of pretending that God is not there.

Despite the fact that they had an innate awareness of God’s existence and attributes, they did not render to him the glory that he deserved as their God, nor did they offer any token of thanks for his providential care over them. Instead, they reasoned their way to unreasonable ideas about God and allowed their hearts to turn from the light of God to the darkness of a world without God. They claimed to have religion and philosophy all figured out, yet they became stupefied by their disbelief. These self-appointed experts sold off the truth of God in order to manufacture a convenient lie; a lie that led them to build miniature statues of gods made in their own image, or else, modelled after birds, beasts, and reptiles (as if these were real “gods” or could compete with the one true God of creation).

So God gave them what they wanted. He gave them over to the sordid desires of their hearts. So they could contaminate and humiliate their soul, mind, and body to their twisted heart’s content. People reached the pit of human existence to the point that they traded the truth about God for a convenient lie that fed their appetite for incessant indulgence. They chose to worship and work for creaturely comforts rather than for the Creator who made them and loves them (praise be to him from here to eternity and ten times infinity).

So God gave them over to their debauched desires. Their women turned away from God’s plan for human sexuality and indulged in sexual acts with each other contrary to how men and women were designed to enjoy love-making. In the same way, many men turned away from God’s intended pattern for sexual intimacy meant to be shared with women and instead they got hot and horny for each other – I mean men getting in on with other men like some kind of shameless sex show – and doing these things to themselves has such an negative effect that it proves in the end to be part of the punishment for doing it.

If that were not bad enough, they did not think it proper to give God his due regard, so God gave them over to a debauched way of thinking ruled by a convoluted logic which led them to justify and do the sorts of thing that no-one in their proper mind would ever think to justify or do. And now they are like jugs of sewage filled to the brim with rank injustice, moral rot, insatiable greed, engrossed with envy, plotting murder, engaged in endless wrangling, given to open treachery, a maelstrom of malevolence, loving violence, full of false accusations, haters of anything or anyone to do with religion, resolutely insolent, utterly arrogant, completely full of themselves, architects of evil, parents of perdition. They have become a horde of senseless, untrustworthy, unfeeling, and unmerciful of sub-human creatures that have divested themselves of a true humanity. They are aware, in some closed recess of their mind, of God’s stipulations against such beastly behaviour, and how those who acts like brute beasts should be terminated like a brute beast. The tragedy is that they not only persist in performing such perverse deeds, but they applaud and approve of those people who do them.

April 25, 2013
Introducing the Bible while Introducing English
Next Post

April 28, 2013 Book Notice: Heaven on Earth
Recent Comments
4 Comments | Leave a Comment
"But he says no one is obliged to show toleration to a religion that pays ..."
Geoff Leslie John Locke on the Toleration of ..."
"It's certainly an argument that a religion that seeks to bind itself to the secular ..."
Iain Lovejoy John Locke on the Toleration of ..."
"One of the passages of Scripture that I seldom hear Evangelicals preach on or even ..."
Les Lamkin What Happens in the Lord’s Supper ..."
"I just quotung Jesus. If you think Jesus was wrong when he said, "This is ..."
Mike What Happens in the Lord’s Supper ..."
Browse Our Archives
get the latest from
Euangelion
Sign up for our newsletter
POPULAR AT PATHEOS Evangelical
1 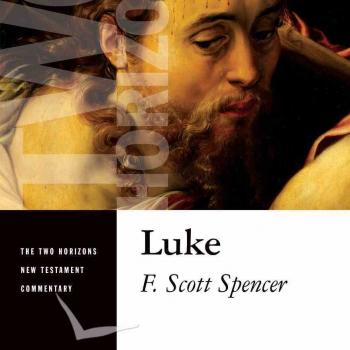