N.T. Wright on the Significance of the Psalms 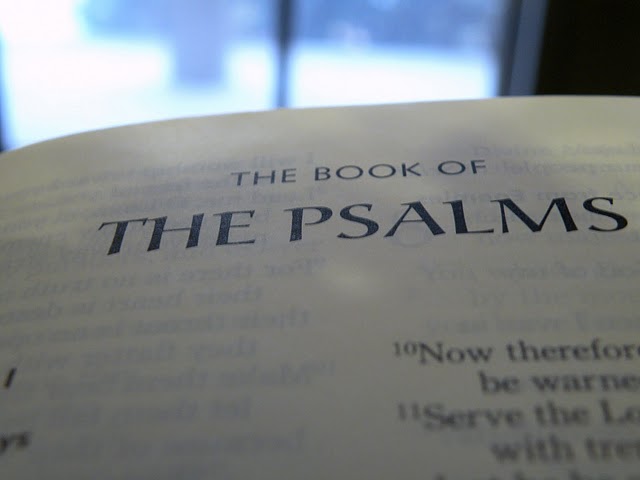 I don’t know if Prof. Wright has been hanging out with his colleague Dr. Grant Macaskill for too long  in St. Andrews (Grant is a Free Church of Scotland Minister and the denomination is known for its Psalmody), but Wright is giving a plug for the Psalms that I’d normally expected from an FCC or OPC minister!

I have been privileged to have acquired an excerpt from the introduction as a teaser to Wright’s forthcoming book on the Psalms:

In some parts of contemporary Christianity the Psalms are no longer used in daily and weekly worship. This is so not least at points where there has been remarkable growth in numbers and energy, not least through the charismatic movements in various denominations. The enormously popular ‘worship songs’, some of which use phrases from the Psalms here and there but most of which do not, have largely displaced, for thousands of regular and enthusiastic worshippers, the steady rhythm and deep soul-searching of the Psalms themselves. This, I believe, is a great impoverishment. By all means write new songs. Each generation must do that. But to neglect the church’s original hymn-book is crazy. There are many ways of singing and praying the Psalms; there are styles to suit all tastes. That, indeed, is part of their enduring charm. I hope that one of the effects of this little book will be to stimulate and encourage those who lead worship in many different settings to think and pray about how to re-integrate the church’s ancient prayer-book into the regular and ordinary life of their fellowships. The Psalms represent the Bible’s own spiritual root system for the great tree we call Christianity. You don’t have to be a horticultural genius to know what will happen to the fruit on the tree if the roots are not in good condition.

But I’m not writing simply to say, ‘These are important songs which we should use, and which we should try to understand.’ That is true, but it puts the emphasis the wrong way round – as though the Psalms were the problem, and we should try to fit them, whether they like it or not, into our world. Actually, again and again it is we, muddled and puzzled and half-believing, who are the problem; and the question is more how we can find our way into their world, into the faith and hope which shine out in one Psalm after another.

As with all thoughtful Christian worship, there is a humility about this approach. Good liturgy, whether formal or informal, ought never to be simply a corporate emoting session, however ‘Christian’, but a fresh and awed attempt to inhabit the great unceasing liturgy which is going on all the time in the heavenly realms. (That’s what those great chapters, Revelation 4 and 5, are all about.) The Psalms offer us a way of joining in a chorus of praise and prayer which has been going on for millennia, and across all cultures. Not to try to inhabit them, while continuing to invent non-Psalmic ‘worship’ based on our own feelings of the moment, risks being like a spoilt child who, taken to the summit of Table Mountain with the city and the ocean spread out before him, refuses to gaze at the view because he is playing with his Game Boy.

In particular, I propose in this book that the regular praying and singing of the Psalms is transformative. It changes the way we understand some of the deepest elements of who we are. Or rather, who, where, when and what we are: we are creatures of space, time and matter, and though we take our normal understandings of these for granted it is my suggestion that the Psalms will gently but firmly transform our understandings of all of them. They do this in order that we may be changed, transformed, so that we look at the world, one another, and ourselves in a radically different way, which we believe to be God’s way. I hope my exposition of these themes will help to explain and communicate my own enthusiasm for the Psalms, but I hope even more that they will encourage those churches that have lost touch with the Psalms to go back to them as soon as possible, and those that use them but with little grasp of what they’re about to get inside them in a new way.

From the introduction of The Case for the Psalms (San Francisco: HarperOne, 2013).