Jesus in the Qur’an: Christology Outside Theology

Jesus in the Qur’an: Christology Outside Theology July 5, 2013 Joel Willitts 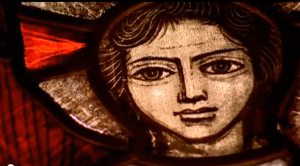 Was Jesus remembered in Islamic tradition? To what end was his memory used? What can be learned of the Jesus from the Qur’an? These are interesting questions particularly in our diverse pluralistic world today; but one to which, admittedly, I’ve given little to no thought. A few months back however I was having a conversation with a colleague and he mentioned that a book called Jesus and the Muslim by Kenneth Cragg was a useful source for information. There are two chapters in the book that deal specifically with Jesus. One is titled “The Quranic Jesus” and the other “Jesus in Muslim Awareness”. I finally got around to reading them. Here’s a provocative statement Cragg makes about Jesus in the Qur’an:

One may study the mind of Islam inclusively in its mind about Jesus, decisive clues being everywhere implicit in how it reads and ‘places’ him within history, theology and faith  (42).

The book is not written for a wide readership. The writing style of this book is dense and is demanding. Cragg seems intent on making the reader work to comprehend. But I persevered and I’m glad I did because Cragg does provide quite a useful introduction to the topic. What is very useful indeed is that Cragg presents all the texts in the Qur’an which make reference to Jesus. It may come as a surprise to some that Jesus appears in the pages of the Qur’an, although not very much. Furthermore there is no direct quotation or citation from the Gospels and no narrative descriptions of Jesus’ ministry. Here are the details:

Cragg observes that the Qur’an is not interested in the historical Jesus. It has put Jesus and his circumstances in the shape of Muhammad’s own experiences and controversies in his time. Cragg notes, “this abstracts his [Jesus] whole story from the kind of setting which obtained in the Galilean and Jerusalem theatre” (15). And again he quips, “At times it is difficult to be sure whether a Jesus controversy has not passed over into a Muhammad controversy” (26).

Here are some things I learned about the Jesus of the Qur’an:

Cragg summarizes: There is, for the Muslim, an exceptionality about Jesus, ranking him in uniqueness with Adam alone. He calls it a Christology outside of theology versus a Christology inside theology as in Christianity (67).

Here’s an interesting documentary on the subject.

July 6, 2013 Tossing Tridentine and Reformation Ships
Recent Comments
1 Comment | Leave a Comment
"Well if Augustus was only a god insofar as social conventions accepted him as one ..."
Neil Godfrey The Deification of the Roman Emperor
"On another blog I came across an excellent quote from CS Lewis, taken (I believe) ..."
Mike Dunster Christians and Conspiracy Theories – An ..."
"Greetings from Tennessee. Nice post, Mike. I interact with your post here. I think you've ..."
Dale Tuggy Justin Martyr on the Logos
"aidZpartner.yahoo.Com"
cbones HTR articles on Wright and Israel ..."
Browse Our Archives
get the latest from
Euangelion
Sign up for our newsletter
POPULAR AT PATHEOS Evangelical
1