Book Notice – Scripture and Tradition: What the Bible Really Says

This book by my lovely friend Edith Humphrey of Pittsburgh Theological Seminary is about how Scripture and Tradition relate to each other. The blurb reads:

In some of the church’s history, Scripture has been pitted against tradition and vice versa. Prominent New Testament scholar Edith Humphrey, who understands the issue from both Protestant and Catholic/Orthodox perspectives, revisits this perennial point of tension. She demonstrates that the Bible itself reveals the importance of tradition, exploring how the Gospels, Acts, and the Epistles show Jesus and the apostles claiming the authority of tradition as God’s Word, both written and spoken. Arguing that Scripture and tradition are not in opposition but are necessarily and inextricably intertwined, Humphrey defends tradition as God’s gift to the church. She also works to dismantle rigid views of sola scriptura while holding a high view of Scripture’s authority. 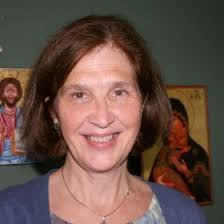 Edith is perhaps most well-known for her informed but witty lecture at the 2010 Wheaton Conference on “Glimpsing the Glory: Paul’s Gospel, Righteousness and the Beautiful feet of N.T. Wright” (though I’ll never be able to look at her own feet again without smiling to myself). Edith also has had quite a theological journey that runs Salvation Army, Anglican, and finally Greek Orthodox. So she’s well equipped to thinking about what scripture and tradition means as she’s lived in a number of ecclesiastical contexts with diverse views on tradition. Her contribution here shows a wealth of experience in wrestling with the topic and a desire to clarify ideas and to provoke to thought, rather than just to make pronouncements.

I think understanding the Scripture and Tradition/tradition relationship is important and it qualifies the meaning of sola scriptura for Protestants. I rather like Craig Allert’s approach to the subject in his book, A High View of Scripture, though now I’m glad to say that another good read on the topic is Edith’s fine volume, relatively short, but bursting with great insights, and elegantly written.

August 7, 2013 Passing of Sean Freyne
Recent Comments
2 Comments | Leave a Comment
Browse Our Archives
get the latest updates from
Euangelion
and the Patheos
Evangelical
Channel
POPULAR AT PATHEOS Evangelical
1