D.A. Carson on Kingdom of God 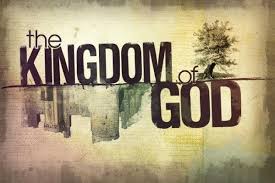 In the latest issue of Themelios, Prof. D.A. Carson has a good article giving an overview and response to recent approaches to the Kingdom of God. It’s a very helpful piece as a precis of what is going down on the issue of kingdom eschatology and ethics with some thoughtful critiques following. I esp. liked the line: “One wonders what stances Kuyper would have adopted had he been born in China in 1940.” True point, our views of gospel, kingdom, and culture can be determined by localized issues.

One view that Carson brings up and then critiques is the following:

3. With the triumph of Christ achieved on the cross and through his resurrection, the kingdom has dawned—a glorious anticipation of the spectacular glory of resurrection existence in the new heaven and new earth. That means Christ’s people are mandated to begin now to work out the dimensions of righteousness and justice that will be consummated at the end: saying “No” to raw power, caring for the poor and needy, reversing discrimination, being good stewards of the created order that anticipates the consummated created order. All of this is the mission of Jesus.

To which Carson responds.

Or again, the third proposal, though not superficially wrong, becomes deeply wrong because (a) the storyline on which it is based is reductionistic, and (b) the applications commonly pursued are merely hyped echoes of contemporary agendas that compared with Scripture are at best decentered and at worst naive.

I guess my problem is that I rather liked option # 3. I might have to think it through again, but as I read books like Amos (let justice roll like a river), Luke 4 (Nazareth Manifesto), and Galatians 2 (Paul’s concern for the poor), I can see how God’s reign manifests itself in liberating and redeeming acts for the human condition. That cannot be abstracted from God’s redemptive work to reconcile and rescue men and women from sin – for all injustices, social inequalities, and all environmental crises themselves are bound up with sin – but God’s kingdom surely entails that Christians work for the liberation of the human plight as both a preparation and advertisment for the consummation of Jesus’ kingdom. Paul was not an ecological activist, nor should ecological activism be our first order of business, but ecological responsibility is surely an outworking of a biblical theology of creation, human stewardship, and God’s reign exercised over the later through the former. Again, the church is not simply a social welfare arm of the government, but in proclaiming the gospel we must do a para-gospel work of caring for the poor, precisely what Jesus and Paul do in their own kingdom ministries, because they interlock under the heading of “kingdom.”

Those concerns raised, I wonder if Carson might agree as much when he writes in the end, “Christians have to wrestle with what it means to do good to all, even if our first responsibility is toward the household of God, serving as salt in a decaying world, as light in a dark world.” Can we regard that task as a kingdom task? Now I”m aware of the dangers of developing a social gospel and trying to erect a socialist paradise calling it “the kingdom of God,” but I’d say “yes,” precisely because God’s kingdom includes God’s intent to enact his Lordship over every molecule of the cosmos.

August 15, 2013
Michael Barber on the Synoptic Problem
Next Post

August 16, 2013 Review of Jesus is the Christ
Recent Comments
10 Comments | Leave a Comment
Browse Our Archives
Related posts from Euangelion