An Eastern Orientation toward Theology 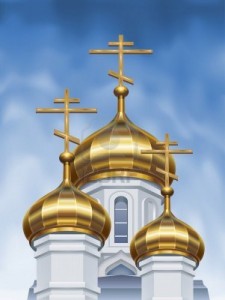 I teach at North Park University. I love where I teach. I love where I teach mostly because of the colleagues alongside whom I have the privilege of serving. One of them is Bradley Nassif. Brad is one of the most humble men you’ll ever meet. But Brad is also an extremely courageous man. A man with strong convictions. Brad is an Orthodox Evangelical Christian. He is Syrian by ethnicity (man he knows his Middle-Eastern food! Go with him some time to a Middle-Eastern restaurant – there are a lot of them in the Albany Park neighborhood, it’s a treat!) Brad had an evangelical conversion experience as a young man but embraced his family Church tradition. He’s the first and only evangelical Orthodox person I know. It has been an enlightening experience having my office adjacent to his. He’s introduced me to the Eastern side of Christianity. A number of years ago, Brad brought to our campus a very significant Orthodox theologian the Metropolitan Kallistos Ware from Oxford for a series of lectures. I’ve never heard so good a lecture on Prayer, and this as an academic conference. Why do I bring Brad up? Because I want to tell you about a new book by IVP by Andrew Louth, Introducing Eastern Orthodox Theology.

I have found that the eastern theological tradition is rich with resources for thinking about God, the world, myself and others that I was largely unaware of just 10 years ago. I’ve read some of Ware’s works. He wrote the authoritative resource on Orthodoxy The Orthodox Church.

Let me address just one theological aspect of Orthodoxy from Louth’s book that has been helpful for me. That is the doctrine of Sin and Death, chapter 5 in the book.

Orthodox theology begins its doctrine of sin with the story of Adam, as you would expect. Louth sets Orthodoxy apart by beginning his discussion addressing two problems with non-Orthodox approaches to the story of the “Fall” in Genesis 3. First, Louth makes the point that this theology expressed through the telling of stories. Storytelling he says “is fundamental to how we humans come to understand ourselves. Louth wishes to stress the storied nature of our theology of sin because he is concerned about an approach that is anxious about whether we are to take the stories in Genesis “literarily”. He writes, “It seems that they were neither taken at a simply literal level [by the Fathers], nor at a level that dispensed altogether with a literal interpretation” (68-69). Second, he observes that many “objectify” the “Fall”. “The Fathers simply do not talk about ‘the Fall’ as some objective event” (69). They don’t even use the term “Fall” when telling the story. Instead the Fathers, according to Louth, just describe what Adam did: he sinned, he was disobedient, he turned away from God (69). The consequences were disastrous of course, but they are pictured differently for Orthodox theology, or at least the emphasis is differently placed. The world of harmony that God created and intended of the cosmos was destroyed. Harmony was taken away and elements that should fit together for blessing disintegrate and fragmented and became opposed to one another. Louth talks about this as a process. And consequently not an objective complete event.

Another important related element Louth brings out is that humans were created to grow and develop. This is a distinctively Orthodox perspective. In the west, we are taught to think that Adam and Eve were fully developed moral, emotional and physical creatures. So the fall was an egregious act because they “should have known better”. But this is not the perspective in the East. Here’s how Louth puts it:

In treating the question of sin and death and destruction, it seems to me that the theology of the Fathers never lost sight of a more important consideration; that the world had been created to be able to draw close to God and bring into being a union of wills . . . if what God wants is a loving union between himself and the being that he has created primarily the human beings he has made, then these beings need to learn to love. They cannot be created knowing what that emans: it is something that comes form experience, either innocent experience or (as it turned out to be the case) an experience that has to learn by its mistakes. God created human beings that need to learn to love; he created a beginning that needed to move towards fulfillment (69).

In another chapter Louth notes the way the Fathers captured this idea in the idea of “image” and “likeness”; humans were created in the “image” of God, but developed into his “likeness” over time and experience. It was this movement towards development that was hardwired into creation.

This leads Louth to another important observation. The greater arc of the story of the Bible is not “fall to redemption” (this is a “lesser arc”), but from “creation to deification”. I have also noted this tendency within the evangelical tradition to miss the Bible story’s kingship arc and this is correspondence to Louth’s point.

There are two more points I want to highlight, although this post is already too long. They are the most important ones so I’ll discuss them in another post.

December 8, 2013
Biblical Theology at Trinity College in Perth
Next Post

December 9, 2013 Historical Jesus as a Fifth Gospel
Recent Comments
4 Comments | Leave a Comment
Browse Our Archives
get the latest updates from
Euangelion
and the Patheos
Evangelical
Channel
POPULAR AT PATHEOS Evangelical
1

List of New Testament Contributors—The Bible...
Crux Sola: Formed by Scripture to Live like Christ
Books by This Author Books by Mike Bird