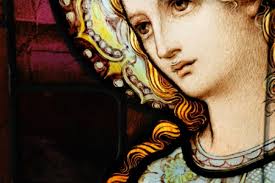 A couple of weeks ago I wrote a post announcing that I had joined the ranks of the Mutuality position (Egalitarian) on the question of Women and Ministry. What that means is that I fully affirm a woman’s ministry in the church at every level.

One of the reasons I gave for my position was my developing hermeneutic. There are a number of things that could be said about this, but I want to just list a couple of the things that have developed in my thinking over the last decade that has brought me to the mutual position on women. These are broader hermeneutical concerns, but it has been these kinds of questions and reflections that have served to support my affirmation of a wide spectrum presence for women in ministry.

First, there’s the question of where one begins a conversation about a topic in the Bible like women and ministry. Because where you begin often determines where you end up. Or at least it will determine the questions you ask and the conclusions that are possible. To illustrate this, let me discus a totally different topic: Paul’s view of Torah observance Jewish believers in Messiah. When it comes to Paul’s view of Torah for Jewish believers, do we begin with statements in Paul’s letters or Luke’s biography? What Paul did according to Luke or what he said in condition-specific correspondence? If you begin with Acts, you find a passage like Acts 21:24: “that you yourself are living in obedience to the law”. The story is of Paul’s final visit to Jerusalem at the end of his third missionary journey. James advises Paul to fund and participate in a ceremony with a handful of other Jewish believers to quash the rumor that he’s undermining Jewish Torah observance among diaspora Jewish communities. James advises this because he knows its not true and wishes to exonerate Paul before the Jersusalemites. What if we read Paul’s letters with the assumption of James that Paul was fully Torah observant? It would certainly radically change the way we interpreted his statements about the law in a letter like Galatians. We would begin to read Galatians as a word to Gentiles. We would have to be more nuanced in the way we universalized Paul’s statements about the Torah. We would question traditional readings that are based on the assumption that Paul no longer was a Torah observant Jew. It is far to say that our view of Paul would likely be transformed and our reading of his statements about Torah would be reframed. Where one begins is crucial in the hermeneutical circle.

Sufficiency and Perspicuity of Scripture?

Second, I want to say something about the Reformation concepts of the perspicuity and sufficiency of Scripture. I won’t say much here except to raise the issue. For me, these two doctrines remain fundamental. But I think they are often naively and therefore inappropriately understood. Let me put it provocative: the Bible is not fully sufficient and patently perspicuous. I added redundant adjectives (“fully” and “patently”) because the problem is that while the Bible is sufficient on the things it wishes to be, it is not on that which it does not intend to be. And what’s more, the Bible is perspicuous on that which it means to be, but not on what it cannot be due to its historically situated nature. I have come to believe that women and ministry does not fall into those two categories. It is a peripheral issue in the Bible.  I think this is the primary reason “well-versed” (HT: Vanhoozer) and mature theologically -minded believers have come to diametrically opposite opinions on this issue. The sociology is evidence for what I’m asserting.

December 17, 2013
The Story We Live By - CPX Interview with Michael Goheen
Next Post