“The Righteousness of God” by Karl Barth

“The Righteousness of God” by Karl Barth September 23, 2014 Joel Willitts 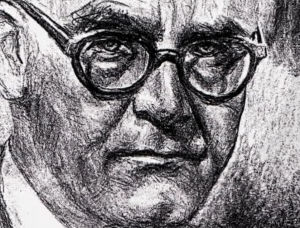 I’ve not read a more powerful statement on the “righteousness of God”.

September 24, 2014 Howard Marshall Remembers Leon Morris
Recent Comments
0 | Leave a Comment
"This is a false accusation. Here's an article written by Phil Johnson in which he ..."
Rodrigo Avila Do We Need a Code of ..."
"I'll still laugh and point at the majority of you, but > Xtianity: It is ..."
Steven Watson Before I Went to Seminary I ..."
"dia pistis Iēsous Christ I suspect the ambiguity, both here and in other places, is ..."
Steven Watson Rom 3:21-26 – Translates, Paraphrase, Notes
"Second Temple Judaism spoke of YHWH being two "prescences". After Christianity the rabbis declared this ..."
the old scribe Philo, the Two Powers within Israel’s ..."
Browse Our Archives
get the latest updates from
Euangelion
and the Patheos
Evangelical
Channel
POPULAR AT PATHEOS Evangelical
1