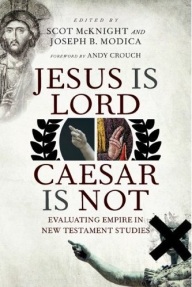 If you are wanting to read stuff on the NT and the Imperial Cult, wrestle with the counter-imperial Paul, and the whole “Jesus is Lord, Caesar is Not” thing, well here’s my recommended reading:

10. Denny Burk, “Is Paul’s Gospel Counterimperial? Evaluating the Prospects of the ‘Fresh Perspective’ for Evangelical Theology,” JETS 51 (2008): 309-37.
One of the first articles to push back on the counter-imperial Paul, raises some good points, esp. parallelomania, and the political Paul looks suspiciously left-wing.

9. J.A. Dunne and D. Batovici (eds.), Reactions to Empire: Sacred Texts in their Socio-Political Contexts (WUNT 2.240; Tübingen: Mohr/Siebeck, 2014).
Good collection of recent studies on Paul and empire, some essays are better than others, but liked Matt Novenson’s the most.

8. Christoph Heilig, Hidden Criticism? The Methodology and Plausibility of the Search for a Counter-Imperial Subtext in Paul (WUNT 2.392; Tubingen: Mohr/Siebeck, 2015).
Heilig tries to adjudicate between the Wright-Barclay debate by discussing the notion of hidden transcripts and echoes, thus refining the methodology for detecting a counter-imperial Paul. Be warned, it gets technical, he goes into Bayes Theorem!

7. Scot McKnight and Joseph A. Modica (eds.), Jesus is Lord, Caesar is Not: Evaluating Empire Studies Today (Downers Grove, IL: InterVarsity, 2013)
Great collection of essays that covers the whole span of the NT, chapter on Romans is by me, most essays are critical of the counter-imperial reading. Good starting point for beginners.

6. James R. Harrison, Paul the Imperial Authorities at Thessalonica and Rome (WUNT 273; Tübingen: Mohr/Siebeck, 2011).
Harrison knows Greco-Roman sources and here he brings together a series of studies about Paul and Empire, cannot be ignored.

4. Joseph D. Fantin, Lord of the Entire World: Lord Jesus, a Challenge to Lord Caesar? (NTM 31; Sheffield: Sheffield Phoenix, 2011).
A superb study of the kyrios language in the ancient world and in Paul, see my review at RBL, mandatory reading!

3. N.T. Wright, “Paul’s Gospel and Caesar’s Empire,” in Paul and Politics: Ekklesia, Israel, Imperium, Interpretation: Essays in Honor of Krister Stendahl, ed. R.H. Horsley (Harrisburg, PA: Trinity Press International, 2000), 160-83.
Even if Wright overstates his case, he does it so elegantly, shows how Paul’s gospel is political because it is the anti-type to the Caesar gospel.

2. Mark Reasoner, Roman Imperial Texts: A Sourcebook (Minneapolis: Fortress, 2013).
Reasoner has done a great job of bringing together so many of the key texts that deal with the imperial cult and the Roman empire, very handy, and great way to get a crash course on empire.

1. Karl Galinsky, “The Cult of the Roman Emperor: Uniter or Divider?” in Rome and Religion: A Cross-Disciplinary Dialogue on the Imperial Cult, eds.J. Brodd and J. L. Reed (Atlanta: SBL, 2011), 1-21.
Galinsky is an Augustan historian who was invited to pass judgment on the counter-imperial Paul and he thinks they fail to see the imperial cult as one religious phenomenon embedded among others in the general mix of Greco-Roman religions. Probably most penetrating critique of the counter-imperial Paul. That said, I’m not sure he’s quite got a grasp on the christological claims of the NT and their socio-political texture.

John Barclay, Pauline Churches and Diaspora Jews (WUNT 1.275; Tübingen: Mohr/Siebeck, 2011), chs. 18-19. This is a good read that pushes back on Wright and Horsley and esp. critiques the idea of hidden transcripts in Paul’s letters. Barclay (Pauline Churches, 359-61) notes that refusing to worship the Roman gods was the point of contention and he regards failure to participate in the imperial cult as only one facet of the “atheism” of Christians. The problem I have is that the imperial cult – not the cults of Roma, the Capitoline triad, nor local cults like Artemis, Serapis, or Diana – was always the litmus test of loyalty. So while the imperial cult might not necessarily have been the primary mode of idolatry critiqued by Paul, even so, Roman officials always insisted on devotion to the imperial cult as a way of unmasking the atheism of Christians and this implies the imperial cult’s prominence within Roman religion and its prominence among those critical of Roman religion. As Wright (Paul and the Faithfulness of God, 1313-14) puts it: “Yes, the Christian refusal to worship the gods in general mattered; but Caesar was always the particular case.”

For anyone interested, I am hoping to supervise a PhD student willing to do a rigorous study on Paul and the Imperial Cult if there are any takers. If there are contact me through the Ridley website.

September 28, 2015
Luke Timothy Johnson on the "Historical Jesus" as Heresy
Next Post

September 30, 2015 Book Notice: I (Still) Believe - Leading Bible Scholars Share Their Stories of Faith and Scholarship
Recent Comments
0 | Leave a Comment
Browse Our Archives
get the latest from
Euangelion
Sign up for our newsletter
POPULAR AT PATHEOS Evangelical
1 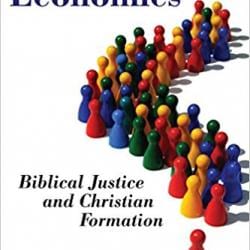 Apostasy: U.S. Episcopal diocese first lesbian bishop
The first openly "lesbian bishop" has been "consecrated" by the Episcopal Diocese of...
view all Evangelical blogs
What Are Your Thoughts?leave a comment
Copyright 2008-2020, Patheos. All rights reserved.