Whose Religion? Which Secularism? 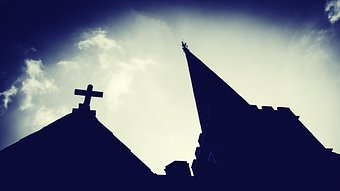 ABC Religion and Ethics has published my piece on:

Whose Religion? Which Secularism? Australia Has a Serious Religious Literacy Problem

Where I show the slipperiness of the term “secularism,” try to explain to secularists why people actually enjoy being religious, and assert that church and state should be separated but can and do work together for the common good!

Mainly written for the Aussie context, but relevant for other places too.

Religion is more than dogma and rules. It is a mixture of worldview and praxis that permeates all of peoples’ lives. We should remember that religion has had a prominent place in Australian history, and religious organizations form the backbone of our welfare network. Faith communities and the state can work together for the common good, and religion is an inalienable aspect of human existence, like music, art and literature. What’s more, religion is remarkably robust – it is not going to disappear. So it is far better that we treat religion as indelibly part of human life than as something to be begrudgingly tolerated and excised from public life.

September 24, 2015 New Book on Israel and the Church
Recent Comments
0 | Leave a Comment
"A very helpful video, Mike. Thanks for taking the time to make it and post ..."
Randy Richards Can Christians Commit the Unforgivable Sin?
"The condemnation of Rom.8:2 is death's reign. And yes, those who believe in Jesus are ..."
edwitness What Happens in the Lord’s Supper ..."
"Right, to those who are in Christ, there is no longer any condemnation. If you ..."
Ed Senter What Happens in the Lord’s Supper ..."
"The text of Joshua seems clear that the inhabitants of Canna were annihilated as in ..."
the old scribe Lost World of the Israelite Conquest
Browse Our Archives
get the latest from
Euangelion
Sign up for our newsletter
POPULAR AT PATHEOS Evangelical
1