After my initial post about Mark’s Divine Christology there have been a flurry of responses from varied folks, both critical and affirmative, commenting on aspects of Marcan Christology.

Chris Keith has a great post on Maybe Mark Knew What He Was Doing, where he comments:

In short, I personally think that Mark is explicitly raising the question of Jesus’ identity vis-à-vis the God of Israel via his characters and implicitly answering it with a high Christology, but in such a fashion that I can thoroughly understand why others would read it alternatively.  Indeed, I think it very likely that Mark intended to write such an ambiguous narrative, and thus knew what he was doing.

I think that is a good statement and a great summary of what is going on.

Here’s my own two cents:

First, in my mind, there is no question that the internal dynamics of Mark’s Gospel, its narrative and christological claims, situates Jesus in relation to God’s own identity. On a narrative critical reading, the implied reader is one who is devoted to Jesus, is relatively familiar with the intertextual style of argumentation that Mark uses to illuminate Jesus vis-a-vis God, and is thus primed and then further persuaded to hold to a divine Christology.

Second, it is possible to contest this reading by pointing to texts where human/heavenly figures do things that others take as a divine thing that the Marcan Jesus does, e.g., forgive sins, walk on water, judge the wicked, etc. This is purported to be evidence that the Marcan Jesus is a divine agent rather than a divine person. While I do not dispute the value of using ancient texts to illuminate a given text (see Michael Kok‘s great summary), nevertheless, the issue is what is Mark trying to communicate about Jesus, and the effort to mute his claim by appealing to parallels simply runs afoul of Samuel Sandmel’s famous warning against parallelomania! Parallels are good for mapping how readers familiar with a given text might understand the story – reading after all is matter of context and prior reading experiences – but parallels cannot determine purpose or over power the narrative sweep of a text. Everyone go and re-read Sandmel!

February 21, 2016 James Crossley, Mark's Christology, and Parallelomania
Recent Comments
0 | Leave a Comment
Browse Our Archives
get the latest from
Euangelion
Sign up for our newsletter
POPULAR AT PATHEOS Evangelical
1

Is Racism Ignorance or Disease?
Roger E. Olson
Books by This Author Books by Mike Bird

Evangelical
Christos Tsiolkas Talks about his Novel 'Damascus' with...
Euangelion 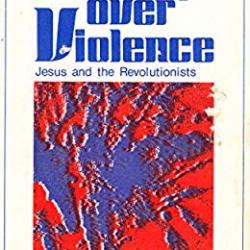