Book Notice: Abraham – The Story of a Life 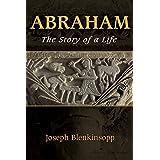 Joseph Blenkinsopp is the John A. O’Brien Professor Emeritus of Biblical Studies at Notre Dame. He is well known to theological students for his classic studies on the servants and the servant in Isaiah, but has published more recently on social memory including David Remembered: Kingship and National Identity in Ancient Israel (Eerdmans, 2013). Abraham: The Story of a Life is not a verse by verse commentary, but a ‘discursive commentary’ on Genesis 11-25, which is ‘basically historical-critical,’ but also considers issues of ‘general theological and human interest’ in the text and in later reception in Christian, Jewish and Islamic scholarship.

Though the formula ‘the God of Abraham, Isaac and Jacob’ was known in the time of the monarchy, Blenkinsopp argues that there are ‘no narrative traditions’ in the OT outside the Pentateuch and the Former Prophets apart from a brief mention in Ezekiel 33. He see the Abrahamic traditions as a late development in the patriarchal traditions, which was ‘enriched by the incorporation of traditions that originally had no connection with Abraham,’ such as the Sodom narrative.

Jacob is a more significant figure in the eighth century prophets, and seen as ‘the primary ancestor’ by Blenkinsopp. Collective memory in the Pentateuch focussed on Jacob’s activities, and Jacob is more frequently mentioned in the Psalms. Jacob, not Abraham, is the focus of the credo in Deut 26.5-10. Abrahamic traditions emerged in the sixth century, in the exilic period as reflected in Ezekiel and Deutero-Isaiah, and were then added to other prophets in the postexilic period.

The parallels between the return of the exiles from Babylon and Abraham’s journey from Ur of the Chaldees to the Promised Land reads to Blenkinsopp like ‘an urge to reestablish or re-create genealogical links with the past and to revive the shared myths and traditions of origins.’ Abraham’s journey correlates with significant sites in the return from Babylon, ‘either in aspiration or in actuality.’ The story of Abraham was composed in the time of this crisis. The story of Abraham is partly modelled on the story of Jacob.

After the Introduction, which views the figure of Abraham ‘in the Bible and Beyond,’ the chapters follow the narrative of Abraham from setting off from Ur to the marriage of Isaac to Rebekah. Each chapter concludes with ‘Filling in the Gaps’ which comprises later extra Biblical traditions from Judaism, Christianity and Islam, the three faiths who share the figure of Abraham. Though Blenkinsopp writes from a Christian perspective, Abraham is a model for anyone of ‘a religiously serious life’ lived in the presence of God.

I agree with Gary Knoppers that Blenkinsopp has given us a ‘creative re-imagining of Abraham’ that is ‘fascinating and provocative.’ There is a lot to think about in this account and many interesting details about reception in the Abrahamic faiths. It is a coherent and thoughtful account. Not everyone will accept Blenkinsopp’s proposals about the redaction history of Genesis, however, the book is likely to be influential and will be well worth reading for those engaged in Biblical studies.

March 25, 2016 Reading Psalm 23 on Good Friday
Recent Comments
0 | Leave a Comment
Browse Our Archives
get the latest updates from
Euangelion
and the Patheos
Evangelical
Channel
POPULAR AT PATHEOS Evangelical
1

List of New Testament Contributors—The Bible...
Crux Sola: Formed by Scripture to Live like Christ
Books by This Author Books by Mike Bird