In Defense of the Descendit by Jeff Hamm 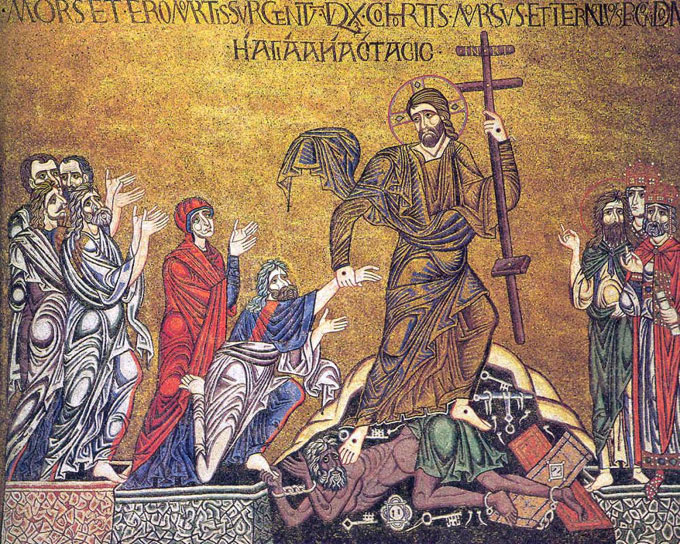 In addition to Justin Bass’ awesome monograph on the descent of Jesus to the underworld in light of Rev 1:8, in latest issue of WTJ is a great article by Jeffery L. Hamm on “Descendit: Delete or Declare? A Defense Against the Neo-Deletionists,” WTJ 78 (2016): 93-116. Hamm writes:

Finally, in view of the history of descendit, there yet remains the most monumental justification for the clause’s inclusion in the Creed. That is, Christ’s descent was indisputably and unanimously believed in the ancient church. Ubiquitous among the works of the church fathers, in addition to Rufinus, Tertullian, and Athanasius, referred to above, it is found in the second- and third-century writings of Polycarp, Ignatius, Hermas, Justin, Melito of Sardis, Hippolytus, Irenaeus, Clement of Alexandria, and Origen. From the fourth century following, it is seen in the writings of Socrates, Basil the Great, Cyril of Jerusalem, Gregory Nazianzen, Eusebius, John Chrysostom, Evodius, and Augustine34—which Bishop of Hippo adds the warning, “who, therefore, except an infidel, will deny that Christ was in hell?” Incredibly, Grudem fails to mention this important fact of faith in descendit on the part of the fathers. This omission of historical record leaves the misleading impression that descendit had been completely unheard of until AD 390 and remained yet unbelieved until 650, which is completely inaccurate.

May 10, 2016
Interview with Mike Bird on the Paulcast Podcast
Next Post

May 12, 2016 Michael Gorman's Reading of Revelation and the Idolatry of Donald Trump
Recent Comments
0 | Leave a Comment
Browse Our Archives
get the latest from
Euangelion
Sign up for our newsletter
POPULAR AT PATHEOS Evangelical
1

The Signs of Wilmore, Kentucky: A...
Anxious Bench
Books by This Author Books by Mike Bird