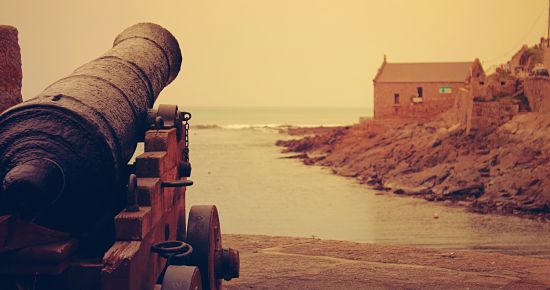 I predict that there is about to be a miniature civil war among conservative Calvinist Complementarians about Trinity and gender.

One wing of that movement has been arguing for a while that the Son is eternally subordinate to the Father and importantly the way that the Son submits to the Father is mirrored in the way that wives submit to their husbands. So the hierarchy in the Trinity is said to provide grounds for a hierarchy in gender relationships. Since this trinitarian debate is not really about the Trinity but about gender and equality, it is no surprise that Complementarians have been arguing for the subordinationist view (e.g., Bruce Ware and Wayne Grudem) over and against the Egalitarians who have been arguing for an equality of persons view (e.g., Kevin Giles, Gilbert Belizekian).

Yet it is worth noting that many Calvinistic Complementarians, especially one’s that know their patristic theology and doctrine of the Trinity, have always balked at the idea of postulating the Son’s eternal subordination and questioned the wisdom of using the Trinity to bankroll a particular view of gender. In their mind, Calvinist Orthodoxy is Nicene, it affirms the eternal equality of the divine persons, which rules out any hierarchical subordination. They are still complementarian in regards to marriage and ministry but they reject perceived tinkering with the Trinity by the Subordinationist Calvinists. This group of Nicene Calvinists has always been rather silent and never really offered vocal protest against the Subordinationist Calvinist. However, I think that is about to change.

Over at the Mortification of Spin, (part 1 and part 2), Dr Liam Goligher of 10th Presbyterian Church in Philadelphia, offers a scathing and penetrating critique of – what I will now call – Homoian Complementarians. Now Goligher is a Conservative Calvinistic Complementarian, and yet he writes:

I am an unashamed biblical complementarian. The original use of that word took its cue from the biblical teaching about the differences yet complementarity of human beings made in the image of God while not running away from the challenges of applying biblical exhortations for wives to submit to their own husbands in the Lord or the prohibition on ordination for women in the church. With only those two caveats, as Calvin told John Knox, women may be princes in the state, but not pastors in the church. But this new teaching is not limiting itself to that agenda. It now presumes to tell women what they can or cannot say to their husbands, and how many inches longer their hair should be than their husbands!  They, like the Pharisees of old are going beyond Scripture and heaping up burdens to place on believers’ backs, and their arguments are slowly descending into farce.  They are building their case by reinventing the doctrine of God, and are doing so without telling the Christian public what they are up to. What we have is in fact a departure from biblical Christianity as expressed in our creeds and confessions. Out of that redefinition of God their teaching is being used to promote a new way of looking at human relationships which is more like Islam than Christianity; more concerned with control and governance than with understanding the nuances of the relationship of the Son with His Father in eternity on the one hand and how that differs from the roles they adopt in the economy of redemption on the other. They make this move by failing to distinguish between God as He is in Himself (ontology) and God as He is in Christ in outworking of the plan of redemption (economy).

Carl Trueman speaks frankly and wisely on what is at stake:

Indeed, the question which the leadership of the various groups associated with New Calvinism — the Gospel Coalition, CBMW etc. — must answer is simply this: do you consider Nicene orthodoxy to be a non-negotiable part of your movement’s beliefs?  Now, we live in a free country and, as Protestants, we are committed to scripture alone as the norming norm.  Thus, you are free to say that Nicene orthodoxy has no place in the church today. You are also free to say that it is something of secondary importance on which Christians can differ.  You are even free to say that the Creed of Constantinople and the Chalcedonian Christology which flowed from it are erroneous and contrary to biblical teaching.  But make no mistake: in doing any of these things you place yourself and therefore your movement not simply outside of the boundaries of the consensus of the confessions of Reformation Protestantism but also outside what has historically been considered orthodox Christianity in its broadest sense.  That is your prerogative and if your conscience and your understanding of the Word of God bind you to it, then you must do it. But you need to be honest and transparent about what you are doing.

Now I’ve been part of this debate myself along with my former colleague Robert Shillaker. What I would say is:
– The Son’s submission to the Father during his earthly life does inform us about the Son’s eternal relationship to the Father.
– The problem is that “subordination” wreaks of Arianism and should be avoided like the plague.
– I’ve always preferred Pannenberg’s way of referring to “the Son’s obedient self-distinct from the Father” as expressed in terms of a Nicene understanding of a divine equality between the persons.
– I find it pointless to use the Trinity to argue for subordination in marriage relationships, unless your marriage includes an older man, a younger man, and eunuch. (Sorry, I should have given a sarcasm alert warning!)
– Bruce Ware and Wayne Grudem are not Arians, their denials are clear enough on that, but they are perilously close to Homoianism, which is semi-Arianism, or in the very least, they are non-Nicenes. In fact, the book by Bruce Ware and John Starke, One God in Three Persons looks like an apology for a Homoian or a non-Nicene view of the Trinity.

The tragic thing is that, if so inclined, you can be Nicene and still be Complementarian. Furthermore, Homoianism is a more subtle and therefore more dangerous sub-variety of Arianism. So this is a pointless and dangerous position to espouse. The root of the problem is that some Complementarians are willing to ditch Nicene christology for Homoian christology if it will give them a bigger stick to use to keep women out of the pulpit!

It just so happens that Scott Harrower and I are working on a collaborative project dealing with this issue, so watch this space, more to come in the future.

June 7, 2016
Blast from the Past - Jesus and the Gentiles
Next Post