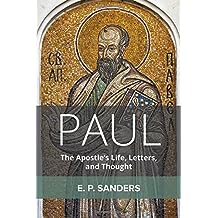 E.P. Sanders, surely one of the most significant NT interpreters since the late 70s, has published his life and thought of Paul. It is not quite a Pauline biography but certainly not a Pauline theology either. More of an extended sketch of Paul’s life and thought as known from his letters. Despite the impression that the typesetting and binding were done  on the cheap in a Bangladeshi print shop, it is quite an enjoyable read. There is nothing groundbreaking and no bold new claims from Sanders, but it gives Sanders’s overview of Paul, and what I enjoyed most of all is that something of Sanders’s own personality shines through- you feel like you are getting to know him.

Some things I noticed were:

Sanders makes much of distinguishing Paul’s reasons (what he believes) from his arguments (how he justifies his beliefs), see esp. 282-83 on women and head-dress.

Sanders contends that Paul’s thought becomes clearer when his letters are studied in chronological order (1 Thessalonians to Romans).

He declares that Paul’s major theological battle was whether gentiles who accepted Jesus needed to become Jewish by circumcision and accepting other parts of the Jewish law that separated Jews from Gentiles.

On Acts, he says: “I am not hostile to Acts; I respect it for what it is – a good Hellenistic history. As stated above, Acts is quite useful in sketching Paul’s travels and the cities he entered, as well as in other ways that will appear in this study from time to time. But the primary source for Paul must be his own letters” (56).

On N.T. Wright’s views of Jews thinking of themselves as still-in-exile, he says: “I think the term exile for the various forms of dissatisfaction that we see in the Second Temple period is inappropriate. Nor is the evidence for the use of the term exile very thick” (67 n. 62).

Sanders believes that Paul memorized much of the LXX and memory was responsible for his many conflated quotations.

Sanders really does admire J.B. Lightfoot and follows him a lot.

Paul’s thinking was more often than not ad hoc rather than the result of a theological system.

Paul went to Arabia to mediate on the meaning of his revelatory experience on the road to Damascus.

Sanders strongly resists the idea that Paul ever preached to Jews and is forced to treat passages like 1 Cor 9.20-22 as hyperbole. Sanders is not even sure that Paul converted many God-fearers, rather, most of his converts were raw pagans.

Sanders pictures Paul dictating letters: “My picture of Paul as he dictated – which cannot be proved – is this: he paced, hands behind his back, forehead forward, and dictated in bursts – not in measured tones that reflect that the letter was previously composed in his mind” (169-70).

Development in Paul’s thought does not mean retraction (720).

Sanders comes close to defining faith as “allegiance,” at least the opposite of “doubt” and “wavering” (192).

Sanders sees Paul as not anti-empire, but against the “city-state” and its religious ethos (202).

Sanders provides some great discussions on homosexuality activity in the ancient world (341-73, 727-47).

Sanders think that Paul foresaw a kingdom on earth in 1 Corinthians 15 (380).

He is very, very keen on the north Galatian hypothesis.

Sanders argues strongly for a transformative justification: “We shall see that ‘mere imputation’ is not Paul’s view of righteousness. He believed that those who died with Christ were really changed and no longer lived in sin. One of Luther’s slogans was simil iustus et peccator, ‘at he same time justified and a sinner.’ That was not Paul’s view: he believed in transformation” (457) – FYI, I think this distorts Luther’s teaching, Luther believed in transformation, the issue is whether that is what justification was talking about (but see 458 on Sanders’s appreciation of Luther).

Works of the law are specific features of the Jewish law that had the social function of separating Jews from Gentiles (459, but see 629-31 where he treats them in relation to general “works”).

I love this line on Galatians: “The best way to comprehend Galatians is to read it out aloud, shouting in an angry voice at the appropriate points” (475).

On the false brothers of Gal 2:4, Sanders writes, “When I”m in a mischievous mood, I sometimes like to suggest that they were the only other eight surviving disciples of Jesus besides Peter and John” (483-84).

The problem at the incident in Antioch was not non-kosher food, but eating with Gentiles damaged Peter’s reputation as apostle to the circumcised (487). It was not a legal issue, just one of reputation (489). FYI, someone should do a study on Galatians and “reputation theory.”

Sanders still likes to translate dikaioo as “to righteous” and regards it as a transfer term (505-15).

The dominating theme in Romans is the equality of Jew and Gentile (620).

This book is a historical study of Paul, what he did, what he wrote, and what he thought. It is not about “what Christians ought to believe.” Throughout my life, when I have said something or other about Paul (or Jesus or the Gospels), someone has asked, “Do you mean that we should believe …?”I do not know what other people ought to believe – except that they should love all other humans and protect the universe from destruction. Christianity flourishes in part because of its variety and its multiplicity of forms, creeds, and practices. Some of the forms of Christianity – like some of the forms of other religions – have been inimical to human welfare, and I think that people ought to give them up, since they oppose any of the conceivable lists of “core Christian beliefs.” (xxxiv-xxxv).

It is odd to me that the greatest opponents of the ancient Pharisees have been modern New Testament scholars who spent their lives, as did the Pharisees, trying to understand the Bible precisely. (33).

Today we know a lot more about homosexuality than the ancients did, and we know that some people are born that way. Here I shall briefly abandon my preferred role, that of historian, and say that I do not agree with those who wish to defrock gay clergymen or excommunicate gay laypeople. That is, as a Christian I agree with the liberal attitude towards homosexuals in much of contemporary Christianity. If I were running a church, I would do my utmost to combat condemnation of homosexuals and also actions that would limit their roles in my church. But I also think that those of us who hold this view should not yield to selective and arbitrary biblicism by palying the same game: “proving” our views by selecting revising and quoting the Bible. We should let Paul say what he said, and then make the decisiosn that we should make, whoch should take into account the modern world, rather than only the ancient world. (370).

In this book I have often expressed my admiration for Paul’s argumentative abilities. He was adroit; and he showed vareity, flexibility, insight, and often ingenuity in arguing for various postions. I cannot praise him for this argument [in Romans 9]. In Romans 3, Paul was at paints to show that God created people according to their just deserts; he punished the wicked and favored the good. If he lets some cases slip through his hands, he make up for the sack of punishment my sending Chrsit as a sacrifice. That he now says that God pays no attention to what anyone deserves, but merely picks and chooses with no set guidelines, is disappointing. It is not novel, and it does not show that God treats people justly, in according with what they deserve. Could he have done any better? (676)

In sum, not much new here, but an enjoyable read, cuts through a lot of complicated debates, it evidences a life-time of learning, and we see something of Sanders’s own personality and personal disposition shine through. A great au revoire by Sanders to Pauline studies! 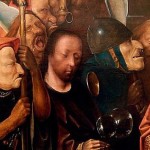