Thanks to Sean Winter, I just caught word of this, Orthodox Theologian and cultural commentator David Bentley Hart has produced his own translation of the New Testament. Here’s the blurb:

David Bentley Hart undertook this new translation of the New Testament in the spirit of “etsi doctrina non daretur,” “as if doctrine is not given.” Reproducing the texts’ often fragmentary formulations without augmentation or correction, he has produced a pitilessly literal translation, one that captures the texts’ impenetrability and unfinished quality while awakening readers to an uncanniness that often lies hidden beneath doctrinal layers. The early Christians’ sometimes raw, astonished, and halting prose challenges the idea that the New Testament affirms the kind of people we are. Hart reminds us that they were a company of extremists, radical in their rejection of the values and priorities of society not only at its most degenerate, but often at its most reasonable and decent. “To live as the New Testament language requires,” he writes, “Christians would have to become strangers and sojourners on the earth, to have here no enduring city, to belong to a Kingdom truly not of this world. And we surely cannot do that, can we?”

That said, John Millbank’s endorsement did not exactly strike great confidence in me that this is a real translation, perhaps more of a “radical orthodox” paraphrase. He writes:

“David Hart’s translation of the New Testament is a theological and ecclesial event of the first magnitude. By providing, for the first time, a literal English translation of the Greek (and demonstrating that the most literal can be the most strikingly beautiful rendering) Hart has shown, after 500 years, that the core of Reformation theology is un-Biblical and that certain currents of Latin theology are dubious or inadequate. This new version, which should become the standard one for scholarly use, also makes it clearer that, while doctrinal liberalism is wishful thinking, credal Christianity only emerged from a plausible but subtle reading of sometimes teasingly ambivalent texts.  Hart’s brilliant postscript amounts to a call for a more genuinely Biblical orthodoxy: universalist, synergic, participatory, cosmic, gnostic (in a non-heterodox sense) and communitarian.”—John Milbank, University of Nottingham

Well, I reckon this could be an interesting read!

July 20, 2017 The Scourge of Domestic Violence in the Church
Recent Comments
0 | Leave a Comment
"A very helpful video, Mike. Thanks for taking the time to make it and post ..."
Randy Richards Can Christians Commit the Unforgivable Sin?
"The condemnation of Rom.8:2 is death's reign. And yes, those who believe in Jesus are ..."
edwitness What Happens in the Lord’s Supper ..."
"Right, to those who are in Christ, there is no longer any condemnation. If you ..."
Ed Senter What Happens in the Lord’s Supper ..."
"The text of Joshua seems clear that the inhabitants of Canna were annihilated as in ..."
the old scribe Lost World of the Israelite Conquest
Browse Our Archives
get the latest from
Euangelion
Sign up for our newsletter
POPULAR AT PATHEOS Evangelical
1 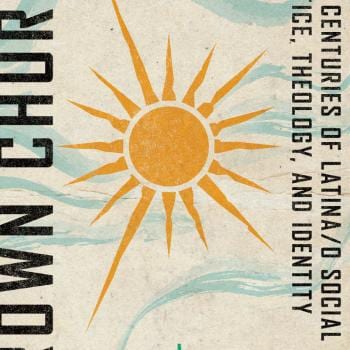 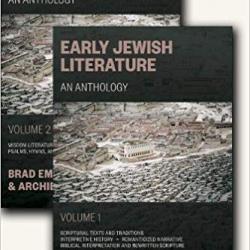