Sola Scriptura – What it Really Means!

Whereas certain pockets of medieval theology treated Scripture as simply the genetic origins of a living and authoritative tradition, the Reformers were adamant that Scripture was the highest and most important authority, over and against tradition and institutions if need be. This is why the Reformed tradition has clung to the slogan sola Scriptura (“scripture alone”), making Scripture the magisterial authority in the churches. They knew that the church could err and it could only be restored by heeding the strictures of the Scriptures. Heinrich Bullinger professed that, “The Church does not judge according to its own pleasure, but according to the sentence of the Holy Spirit and the order and rule of the Holy Scriptures.”[1] The Reformers were intensely suspicious of the ecclesiastical institutions that controlled interpretations in their day. However, it was not anti-clericalism, anti-nationalism, or anti-authoritarianism that drove their critique, rather, it was their conviction that only a fresh reading of Scripture under the guidance of the Holy Spirit gave them critical leverage to contest and critique these institutions and to call for religious reform.[2]  In Reformed ecclesiology the church is Creatura Verba, “a creature of the word,” seeded by the word of the gospel, birthed by the Spirit, distinguished by keeping the commandments of God and witnessing to the purposes of God, and embodying the word in its sacramental life. While the church, through the Spirit, mediates the word, it is neither the author nor the authorizer of the word. That role more properly belongs to the Holy Spirit. As such, the word of God is revelatory and alien to the church, rather than manufactured and domesticated by the church.

At the same time, we need to recognize that when the Reformers enunciated a position of sola Scriptura, they meant the Bible illuminated by the Spirit in the matrix of the church. Sola scriptura never meant nuda scriptura (“the bare scripture”), Scripture abstracted from the economy of grace and removed from the community of faith.[3] Neither was sola Scriptura a license for an endless plethora of private judgments by individual souls who considered themselves competent to establish the domain of sacred doctrine. Nor was it a justification for a rationalist and anti-traditional denunciation of the accumulated wisdom of all the faithful who preceded them. For case in point, the magisterial Reformers and the Protestant confessions are indebted to the ecumenical creeds and patristic theologies at every level their theological discourse. Thus the Reformers’ use of Scripture is more tantamount to suprema scriptura. This means that Scripture is our primary authority, but certainly not our only authority. Keith Mathison puts it well, “our final authority is Scripture alone, but not a Scripture that is alone.”[4]  Understood this way, the Reformer’s prioritizing of Scripture over tradition is not really that innovative, many of the church fathers and most of the medieval theologians, from Irenaeus to Aquinas, recognized the priority of Scripture in the formation of doctrine. Cyril of Jerusalem gives a programmatic statement: “Concerning the divine and holy mysteries of the Faith, not even a casual statement must be delivered without the Holy Scriptures; nor must we be drawn aside by mere plausibility and artifices of speech, unless you receive the proof of the things which I announce from the divine Scriptures.”[5] So, to be Sola Scripture is really to be like the ancient church where Scripture is a priority and Scripture functions as part of an internal unity of Christian discourse in tandem with tradition, worship, prayer, and community life.[6] 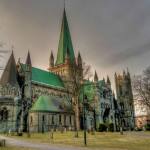