An article in The Sunday Age “Inquiry into human rights of intersex people” (16  Sept) states that “about 1.7 percent of the population, which equates to 425,000 Australians, are estimated born with some biological sex characteristics that are not typical for males or females. (This is comparable to the proportion of people with red hair.)”

This figure, which is not referenced in the article, may have been cited from All of Us, the teaching resource used in the controversial Safe Schools Program. However, the origin of the 1.7% figure is a study by, Melanie Blackless et. al. (2000) entitled “How Sexually Dimorphic Are We? Review and Synthesis”. This number is taken as fact without any qualification or recognition that the 18-year-old study has not been replicated and the figure is now widely discredited.

There are many issues with Blackless’s research. 88% of this figure comes from late-onset congenital adrenal hyperplasia (LOCAH) which almost no one considers to constitute intersex (Leonard Sax, 2002).  As Sax writes: “From a clinician’s perspective LOCAH is not an intersex condition. The genitalia of these babies are normal at birth, and consonant with their chromosomes: XY males have normal male genitalia, and XX females have normal female genitalia. The average woman with this condition does not present until about 24 years of age (Speiser et al., 2000). Men with LOCAH present later, if ever: Many go through life undetected or are discovered only incidentally (Holler et al., 1985).”

What’s more, Sax notes that, “The genitalia of these babies are normal at birth, and consonant with their chromosomes: XY males have normal male genitalia, and XX females have normal female genitalia. The average woman with this condition does not present until about 24 years of age (Speiser et al., 2000).” Therefore, to say that 1.7 % are born with some biological sex characteristics that are not typical for males or females, is incorrect and misleading.

Where intersex is defined more narrowly as a condition “in which chromosomal sex is inconsistent with phenotypic [genital] sex, or in which the phenotype is not classifiable as either male or female” (i.e. what most people would understand is meant by “intersex”), the figure is 0.018% (Sax, 2002).

What is particularly disturbing is that the article begins with a quote from a woman suffering Androgen Insensitivity Syndrome (AIS). In the article she describes “herself as a ‘fairly ordinary woman’ in most respects: ‘The difference is I developed testes instead of ovaries. I also take a large shoe size.’ This is the type of condition that is more widely recognisable as intersex. The reader would be excused then, for relating the figure of 1.7% to this woman’s experience. Yet, as the Blackless study showed, AIS accounts for 0.00760 per 1000 people. That is one in 13,200 people (roughly the same as the number of albinos in Australia).

Of course, there is a great deal more to sex than external genitalia. There is sex chromosome composition, gonadal structure, hormone levels, and the structure of the internal genital duct systems, not to mention psychological factors. However, no definition is so broad that it even comes close to the figure of 1.7%. It is wrong by a factor of at least 100.

Intersex is the next battleground for the identity politics and so you will see this figure of 1.7% bandied about a lot. Next time you hear the figure of 1.7%, call it out as the fiction that it is. 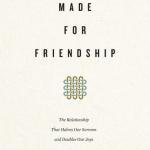 September 16, 2018
Friendship: The Ultimate End of Our Existence?
Next Post 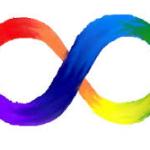