St. Basil on How to Deal with Predatory Priests

St. Basil on How to Deal with Predatory Priests September 3, 2018 Michael F. Bird

Given the clergy sexual abuse scandal that is currently rocking the Catholic Church about what Pope Francis knew about Cardinal Theodore McCarrick, I thought I’d post this quote from St. Basil.

A cleric or monk who seduces youths or young boys or is found kissing or in any other impure situations is to be publicly flogged and lose his tonsure. When his hair has been shorn, his face is to be foully besmeated with spit and he is to be bound in iron chains. For six months he will languish in prison-like confinement and on three days of each week shall fast on barely bread in the evening. After this he will spend another six months under the custodial care of a spiritual elder, remaining in a segregated cell, giving himself to manual work and prayer, subject to vigils and prayers. He may go for walks but always under the custodial care of two spiritual brethren, and he shall never again associate with youths in private conversation or in counselling them.

I have it on Google Books. 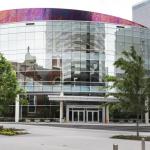 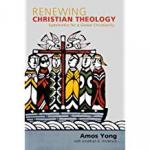 September 5, 2018 The Book of Revelation as a Model for Divine Revelation?
Recent Comments
0 | Leave a Comment
Browse Our Archives
get the latest from
Euangelion
Sign up for our newsletter
POPULAR AT PATHEOS Evangelical
1

Experiences of an Evangelical Theologian 6
Roger E. Olson
Books by This Author Books by Mike Bird